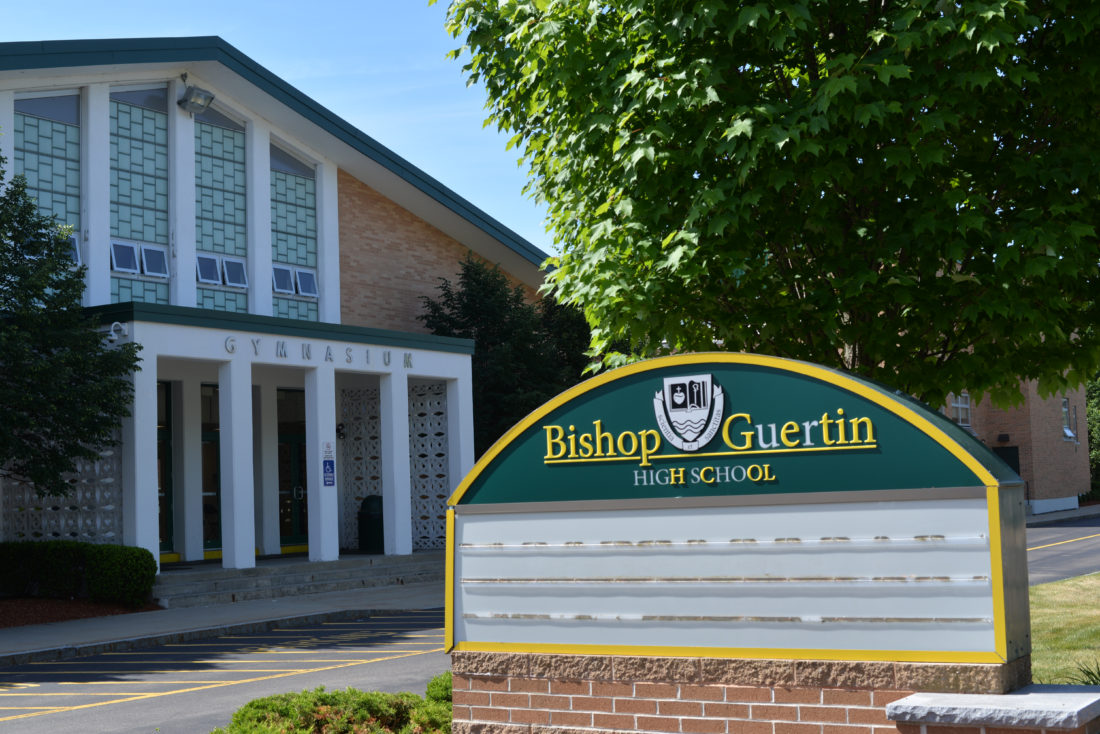 NASHUA – A review of Associated Press articles by The Telegraph indicates the Roman Catholic religious order behind Bishop Guertin High School, named in a recently filed sexual abuse lawsuit, is linked to a long history of sexual abuse victims in New Hampshire.

“They did a lot of work and a lot of damage in New Hampshire,” said Terry McKiernan with the nonprofit Bishop-Accountability.org, which tracks cases of sexual abuse in the Catholic Church.

A former Bishop Guertin student, Larissa Troy, filed a lawsuit against the order earlier this month, accusing a former teacher, Shawn McEnany, of sexually assaulting her in the 1990s. According to the lawsuit filed in the Hillsborough County Superior Court in Nashua, the school hired McEnany as a teacher despite knowing he was already a convicted sexual offender in Maine.

Several brothers with Sacred Heart involved with Bishop Guertin were accused of abuse on the early 2000s, including former headmaster Leo Labbe. A class-action lawsuit resulted in numerous settlements with purported victims. McKiernan said religious orders such as Sacred Heart are often overlooked.

“Religious orders in general, an the Brothers of the Sacred Heart in particular, succeed in being under the radar,” he said.

According to information from Bishop-Accountability.org, every Sacred Heart school in New Hampshire, Massachusetts, and Rhode Island was staffed at times by alleged or admitted sexual abusers.

On Feb. 12, 2003, three men abused by Guy Beaulieu at Bishop Guertin filed a class-action suit on behalf of all New Hampshire residents who were abused by members of the Brothers of the Sacred Heart, according to Bishop-Accountability.org. That lawsuit was later struck down, but 15 alleged victims pursued separate cases against the order.

McKeirnan said that orders such as Sacred Heart are small and dwindling, with members stationed across the country. The orders are regulated separately from the diocese political regimes that govern most of the Catholic Church.

“We need to pay more attention to the orders,” McKeirnan said. “They are far flung … and they don’t feel much pressure.”

The reforms undertaken by the Catholic Church to address sexual abuse are supposed to apply to the religious orders, but McKeirnan said many do not appear to take the requirements seriously.

“That’s not true,” said David Pinsonneault, the attorney representing the order. “(Sacred Heart) has a very very robust child protection policy that is equal to or better than anything else in the Catholic Church.”

Pinsonneault has yet to see the lawsuit, but said the order takes these allegations seriously, and there will be an internal investigation into the matter. He said the order plans to reach out to Troy to offer any support she needs.

McEnany was convicted in 1988 of sexually assaulting a 15-year-old girl. McEnany was a teacher at the St. Dominic Regional High School in Lewiston, Maine when he allegedly engaged in oral sex with the girl. St. Dominic was also owned by the Brothers of the Sacred Heart. As a result of that conviction, McEnany was required to register as a sexual offender, and he was barred from teaching in Maine. In 1990, Bishop Guertin hired McEnany to be a teacher in Nashua.

According to Troy’s lawsuit, school officials knew about McEnany’s conviction, and hired him anyway. A former administrator at Bishop Guertin told the AP the school knew about McEnany’s record when it asked him to teach at the school in 1990, but did not think he would pose a threat because Guertin was an all-boys school at the time. The school began admitting girls in 1992.

Troy started attending Bishop Guertin in 1992. In November 1995, when she was a senior, McEnany allegedly forced himself on her in a classroom and masturbated on her, according to the lawsuit. Around the same time frame, McEnany approached Troy while she was sitting on a radiator in the school with her sister, allegedly forced his body between her legs, and touched his genitals against hers, the lawsuit states.

McEnany was arrested in 1997 for failing to register as a sex offender, and being a teacher despite being a sex offender, which is illegal in New Hampshire. Those charges were later dropped. McEnany went on to become a social worker in Rhode Island. He died last year.

A joint statement from school officials and the order released this week states that abuse is unacceptable.

“The Brothers and the school know that sexual misconduct committed by a teacher, especially one who is a religious brother, violates human dignity and is contrary to the Brothers’ and the school’s principles and to their mission,” the statement reads.

Troy’s lawsuit states she recently began to understand the connection between the sexual abuse she suffered and her psychological problems as an adult. McKeirnan said this is common among abuse survivors.

“They always struggle with abuse and with their lives.” he said.

In a letter to Bishop Guertin parents the school states that the children attending Bishop Guertin are safe, and there are many policies in place to protect the students. That includes state background checks and ongoing staff training.

Troy is seeking a jury trial.