Nu Muse festival to bring an eclectic group of musicians 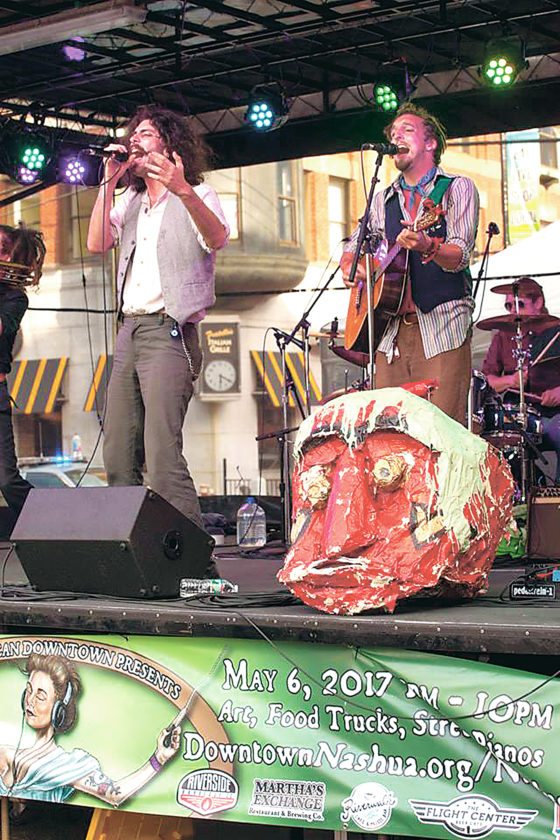 NASHUA – Nashua’s Nu Muse festival is perhaps one of the only places where music and arts lovers can find a progressive rock band featuring the dulcimer, a band that varies its genre from alternative to avant garde from song to song and a Celtic Afro funk band, all in the same place.

After all, the festival’s tagline touts the event as “a celebration of inspired experimentation in music and art.”

“We sought out an eclectic group (of musicians) outside the typical genre box,” said Paul Shea, executive director of Great American Downtown, the festival’s organizer.

The Nu Muse festival, “nu,” a prefix now used for variations on traditional genres and “muse,” the hope to inspire attendees, is Saturday in downtown Nashua.

Organizers are expecting as many as 5,000 people.

The day will commence at 10 a.m. when the pianos are rolled out. Throughout the day there will be artists working, street performances, food trucks, mural paintings and even a live art battle.

The main stage acts, And the Kids, Soulsha, House of Waters, Mammal Dap and more will be performing until 10 p.m. Tickets, which are free, will be required.

There will be other “stages” set up in the city like the Riverside BBQ rock stage or the Hip Hop R&B stage at Casa Mezcal. Tickets will not be required for the alternative stages, Shea said.

Nu Muse, the third iteration of a GAD hosted Spring festival, is part of a three-part music series extending into the fall with the Merrimack Valley Battle of the Bands and New England Roots Festival.

To register for tickets or check out the lineup visit http://www.downtownnashua.org/numuse.