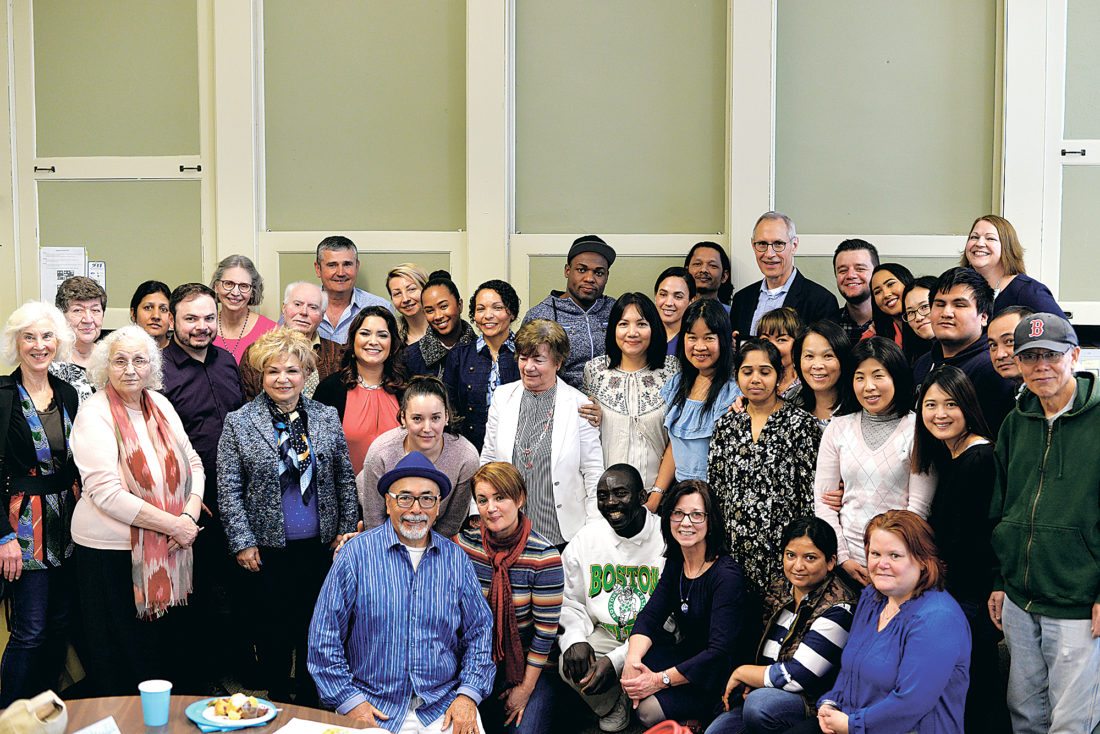 Herrera, the son of migrant farm workers, is the first Mexican-American to serve as U.S. Poet Laureate and gave an interactive presentation to a class filled with new English speakers from a wide range of countries, including Burma, Japan and Vietnam.

Nashua Mayor Jim Donchess and the city’s Cultural Affairs Coordinator Cecilia Ulibarri were both present, and Donchess gave a brief welcome to everyone in the class, as well as Herrera.

“We value each individual, and we want the city to be a place that works for everyone, including our new residents,” Donchess said. 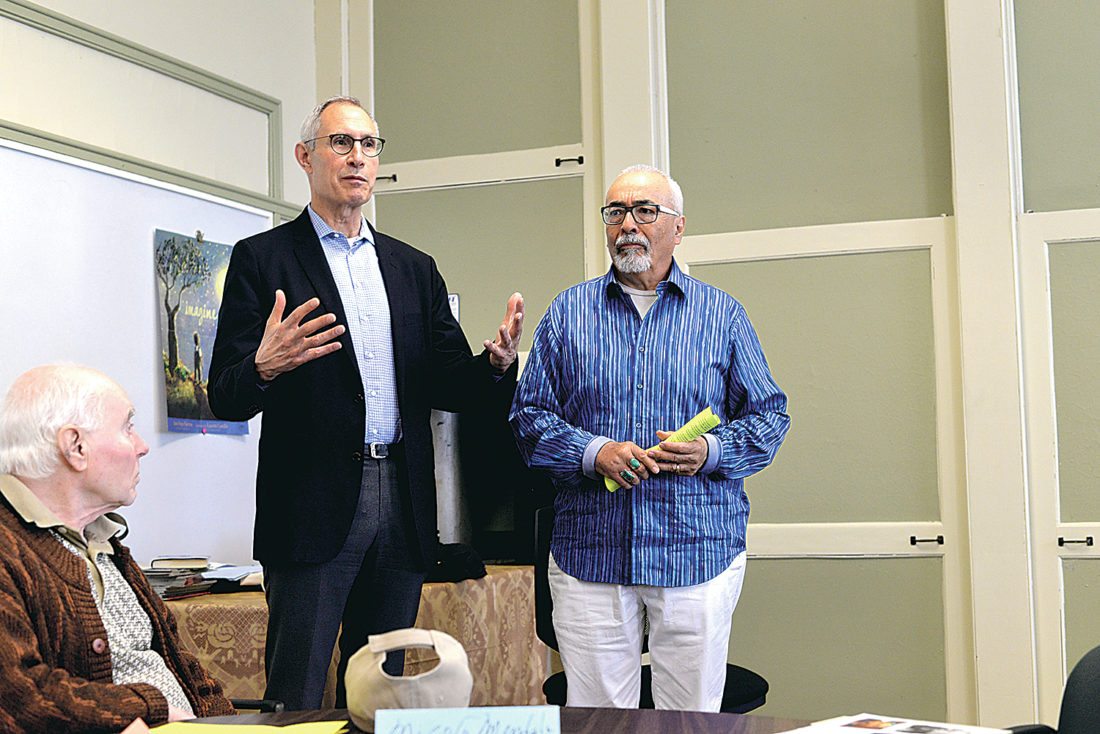 Herrera told the class how his parents had learned English. While his mother learned by listening to the radio, Herrera said, “When I was learning English, I had to make the words stretch.”

Even now, when reciting his poems to the class, he intentionally stretched his words, repeated his words, pronounced them differently and had the class repeat back much of what he was reciting, making for an upbeat and interactive experience.

“Prior to him coming, students read two of his books and have gotten to know his work,” said Lauren Osowski, director of Adult Education at the Center.

Those two books are “Calling the Doves” and “The Upside Down Boy.” Osowski said, for some of the students, knowing he was brought up by two migrant workers, they thought he had a similar story as them.

Herrera not only shared poems with the class, but also heard group and individual poems read aloud by students. He wrote select words on a whiteboard that he picked out from the poems he heard the students recite and later used those words as themes in a poem he had everyone recite. Those themes included nature, peace, love, downtown, smile, breath of happiness and a few others.

Rather than recite an individual poem, a couple others sang songs instead. No matter what language people recited their songs or poems in, Herrera listened intently and made one point clear to the class. That point being, to continue with their own languages and cultures, while also embracing new ones. He said to keep their own but to include new ones, which they’re all doing as they work toward bettering their English in the class.

“We really appreciate all of our new residents from all over the world,” Donchess said.

Nashua is a welcoming city and has been since committing to participate in the Welcoming America Initiative in 2016. As it is, Nashua is the state’s most diverse city.

Osowski said the Adult Learning Center is honored to have the mayor attend, and that the students were thrilled when they heard Donchess was coming.

For some of the students, Osowski said, “In their country, elected officials are off limits, so this is something new.”

At the end of the poetry presentation, both Donchess and Herrera were gifted with a framed copy of the group poem the students had read aloud. Herrera also visited the Currier Museum in Manchester Wednesday night, before for a celebration of poetry and culture.