Article did not reach two-thirds threshold for implementation 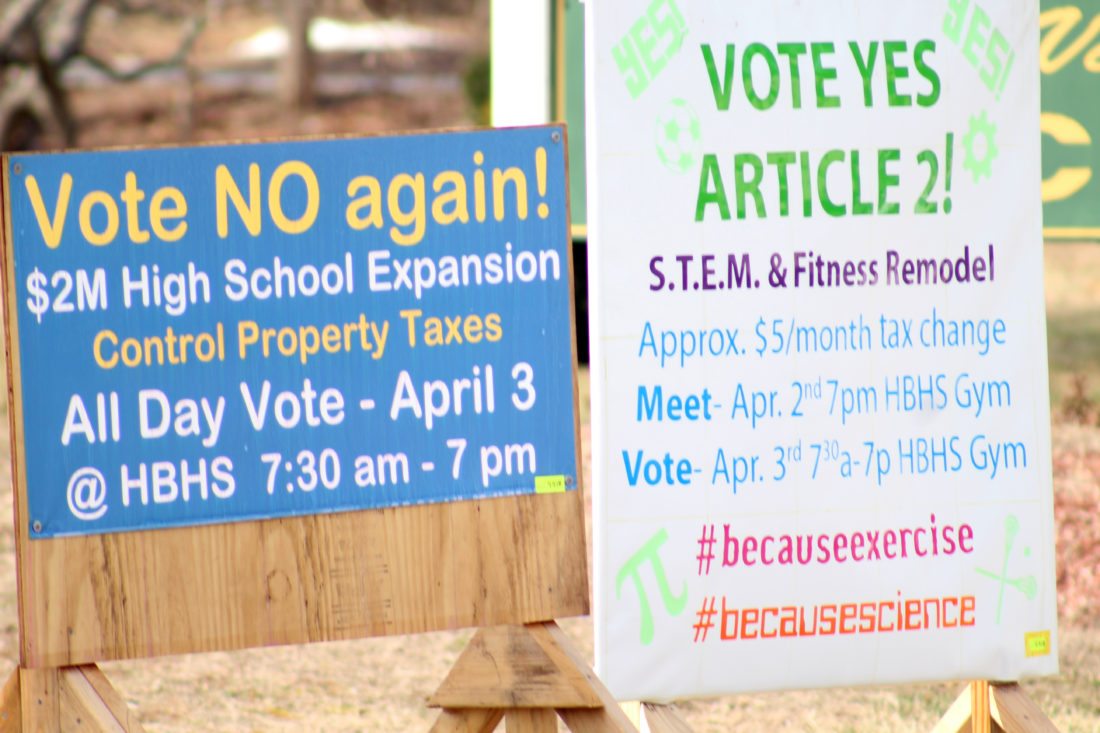 Despite receiving a majority vote of yes with 1,231 for, the 807 votes against defeated the article by 128 votes. The measure needed 1,359 votes to reach the two-thirds threshold for

implementation of the $1.9 million STEM lab.

It was one of two major bonded articles proposed by the COOP, the other being an artificial turf field, which passed in the first meeting. Both warrant articles were discussed at length during several public information sessions in the fall, and then again in previous meetings.

The new facility was drawn up to include a state-of-the-art STEM and robotics lab that would move the high school’s robotics team back from the middle school and address some safety concerns and space restrictions brought forward by the existing space.

The lab would have occupied the space currently dedicated to the weight training room, which would then move to a not yet built second floor directly above. This new weight room would allow for more space and privacy for the athletic trainer working with athletes.

The current weight room, according to an earlier presentation by Superintendent Andrew Corey, has out of date equipment that would be replaced with newer models, funding separately through donations.

The renovations received the majority vote at the COOP’s lengthy annual district meeting March 15, but with 439 “yes” votes and 266 voting “no,” it did not have the necessary two-thirds vote to pass.

At a continuation of the meeting a week later, the vote was moved for reconsideration – setting the stage for Tuesday night’s vote.