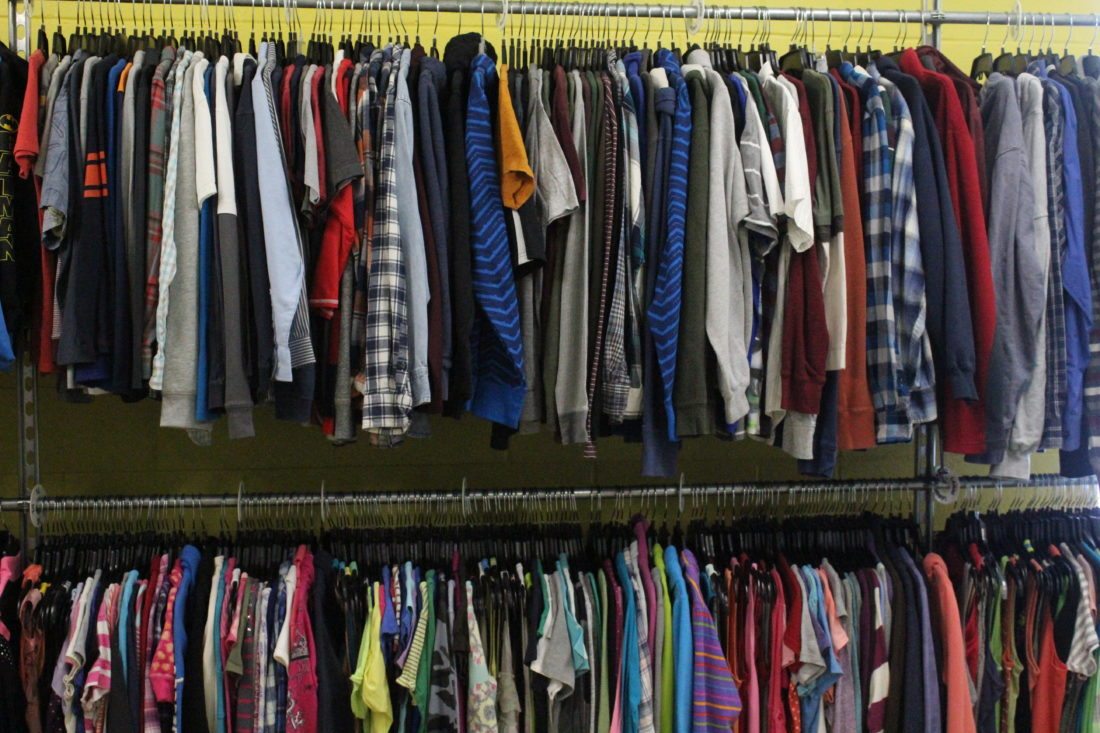 Editor’s Note: This is the sixth in an eight-part series about Catie’s Closet locations throughout the Nashua.

The Catie’s Closet at Fairgrounds Middle School is about as discreet as it gets, with students having to go either through the school gym or the girls’ locker room to reach the room, which shares a space with the food pantry.

That hidden location has not deterred those in need; however, said Michelle Keyworth, a school social worker. The closet helped 26 families within the first two weeks alone.

And these kids are not always just walking away with a new t-shirt. By the numbers, students are usually leaving with articles of clothing in the double digits, Keyworth said. They encourage students to take enough to get them through a week. 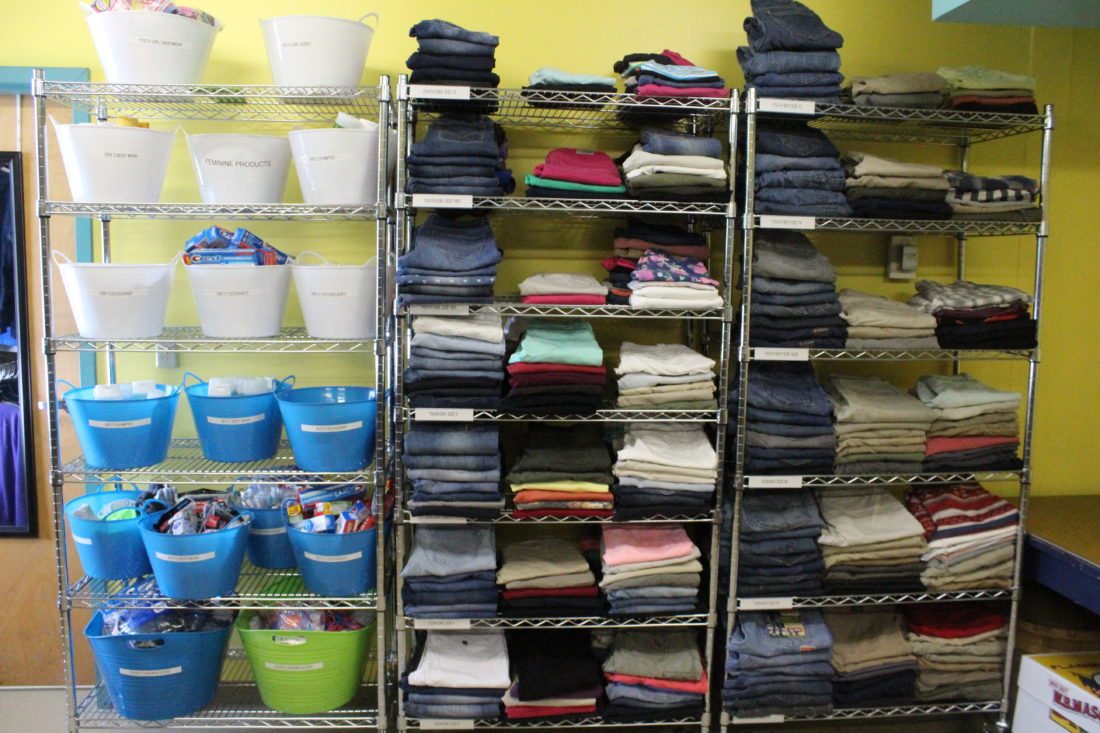 “They’re always psyched when they walk in for the first time and see that it looks just like a store,” she said. “Middle school is a time when it’s so important to fit in.

“Kids whose parents can’t afford to buy them new clothes shouldn’t have to wear clothes that aren’t fashionable just because they don’t have the money,” Keyworth added.

By the time they reach middle school, she said, the students are relatively independent and come to the closet on their own without their parents.

Sometimes a teacher will reach out on behalf of a student who he/she has noticed is wearing ripped or ill-fitting clothing, or simply because a student came back from lunch “covered head to toe in yogurt.”

But no matter what, the goal is to meet everyone’s needs whether it’s for a new pair of pants or a special order that comes back with six sweaters, winter boots, four pairs of pants and a pack of underwear. 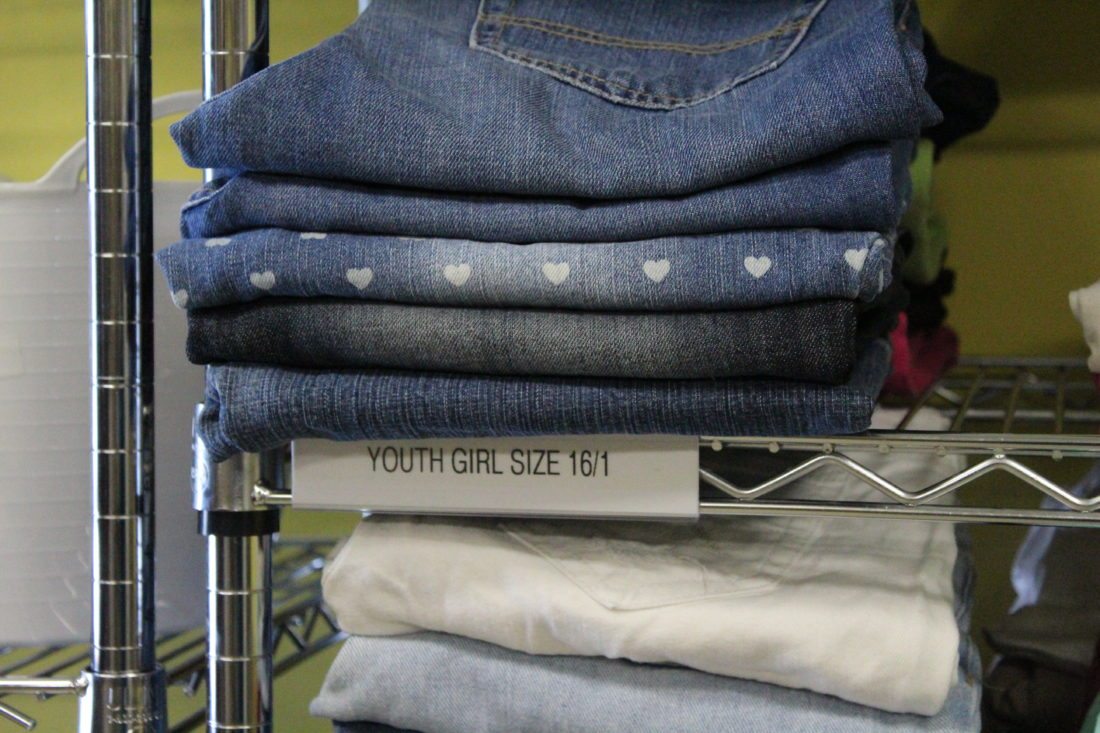 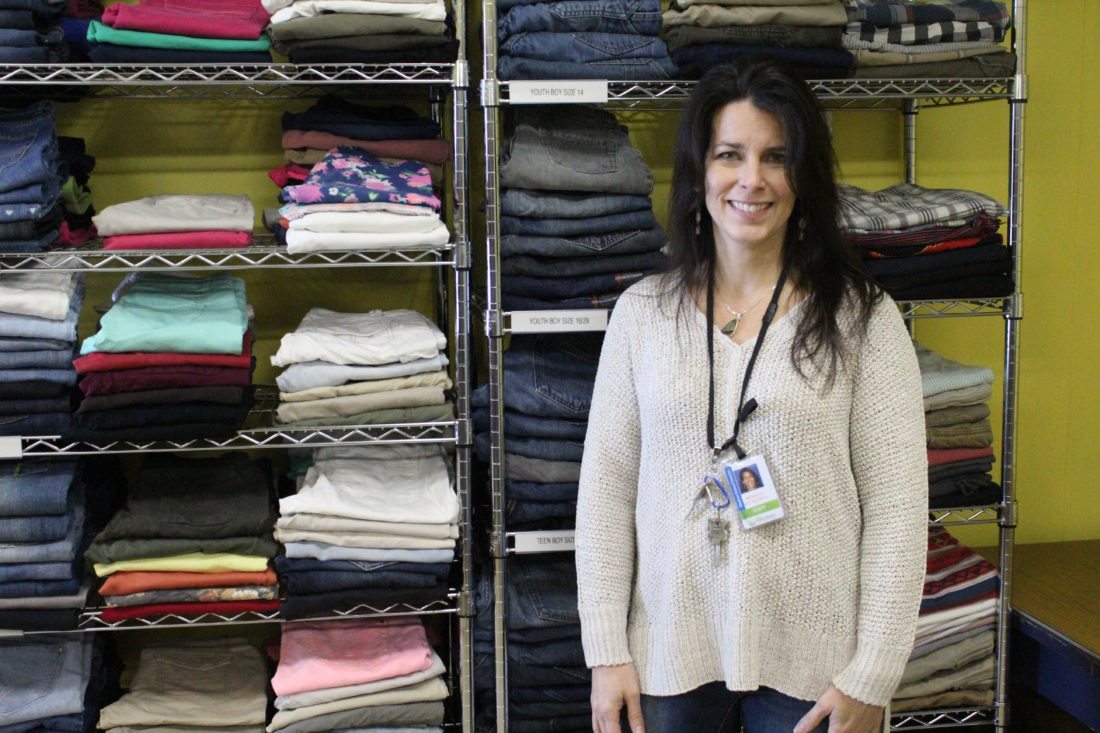