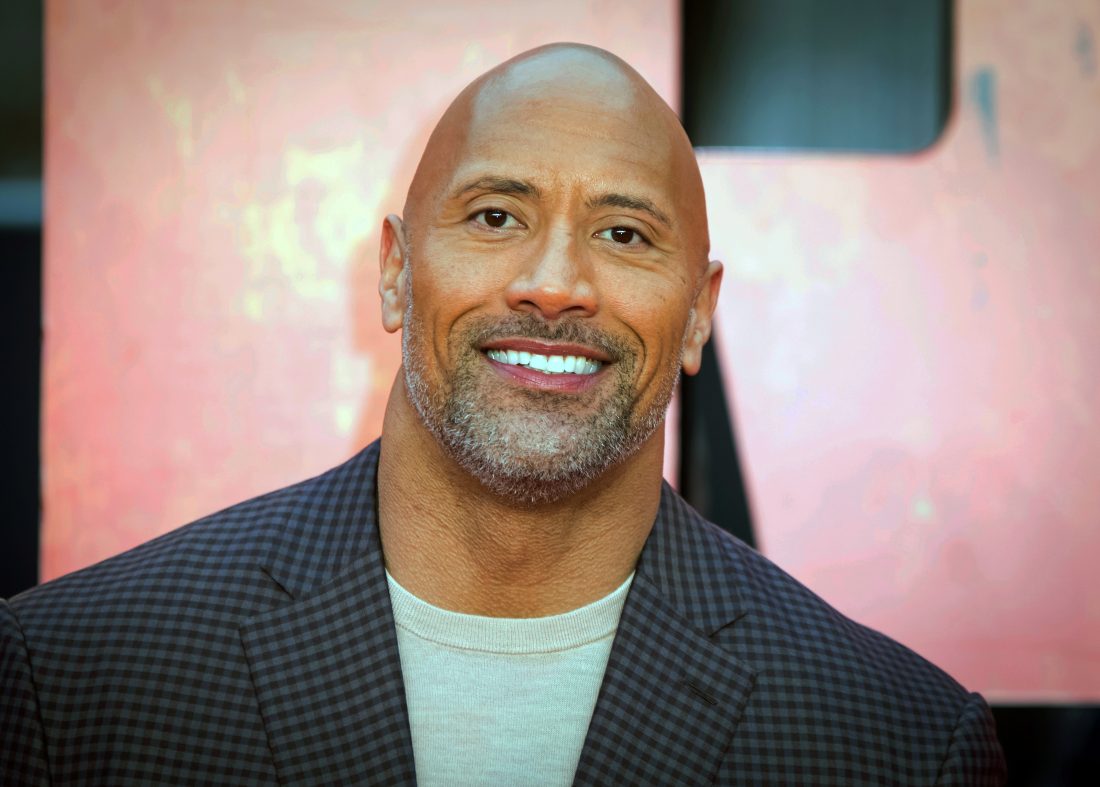 FILE - In this April 11, 2018, file photo, actor Dwayne Johnson poses for photographers at the premiere of the "Rampage," in London. Johnson will host and Justin Bieber, Miley Cyrus and Jennifer Hudson will perform on a globally broadcast concert calling on world leaders to make coronavirus tests and treatment available and equitable for all. The advocacy organization Global Citizen and the European Commission announced Monday, June 22, 2020 that Global Goal: Unite for Our Future — The Concert will air on June 27. (Photo by Vianney Le Caer/Invision/AP, File)

LONDON (AP) — A summit that included a star-studded virtual concert hosted by Dwayne Johnson has raised nearly $7 billion in cash and loan guarantees to assist the poor around the globe whose lives have been upended by the coronavirus pandemic.

Global Citizen said its summit with world leaders had raised $1.5 billion to help COVID-19 efforts in poor countries, along with a promise of 250 million doses of a vaccine for those nations if one is successfully developed.

The group said it had secured $5.4 billion in loans and guarantees from the European Commission and the European Investment Bank to support fragile economies worldwide.

The event included a Johnson-hosted concert with performances by Jennifer Hudson, Miley Cyrus, Coldplay and Chloe x Halle. Cyrus performed The Beatles’ “Help!” in an empty stadium and Hudson performed “Where Peaceful Waters Flow” from a boat in Chicago.

“The $6.9 billion that was pledged today to support the world’s poorest and most marginalized communities is an incredible next step on our journey out of the COVID-19 era, but there is more still to be done, as no one is safe until everyone is safe,” Hugh Evans, CEO of Global Citizen, said after the event Saturday.

“As we fight this virus, we also need to take care of the most vulnerable people and address the challenges they’re facing right now,” Canadian Prime Minister Justin Trudeau said during the event.

Organizers said the show was not just a fundraiser, but aimed to draw awareness to the disproportionate impact the coronavirus pandemic has had on marginalized communities.

“Let’s mobilize, let’s refuse an ‘every man for himself’ approach, let’s continue to move forward together. France and Europe take their responsibility today and will do so tomorrow,” Macron said.

Worldwide, nearly 10 million people have been reported infected by the virus, and nearly a half million have died, according to a tally by Johns Hopkins University. Experts say those figures seriously understate the true toll of the pandemic, due to limited testing and missed mild cases.

About a dozen potential COVID-19 vaccines are in early stages of testing. While some could move into late-stage testing later this year if all goes well, it’s unlikely any would be licensed before early next year at the earliest.