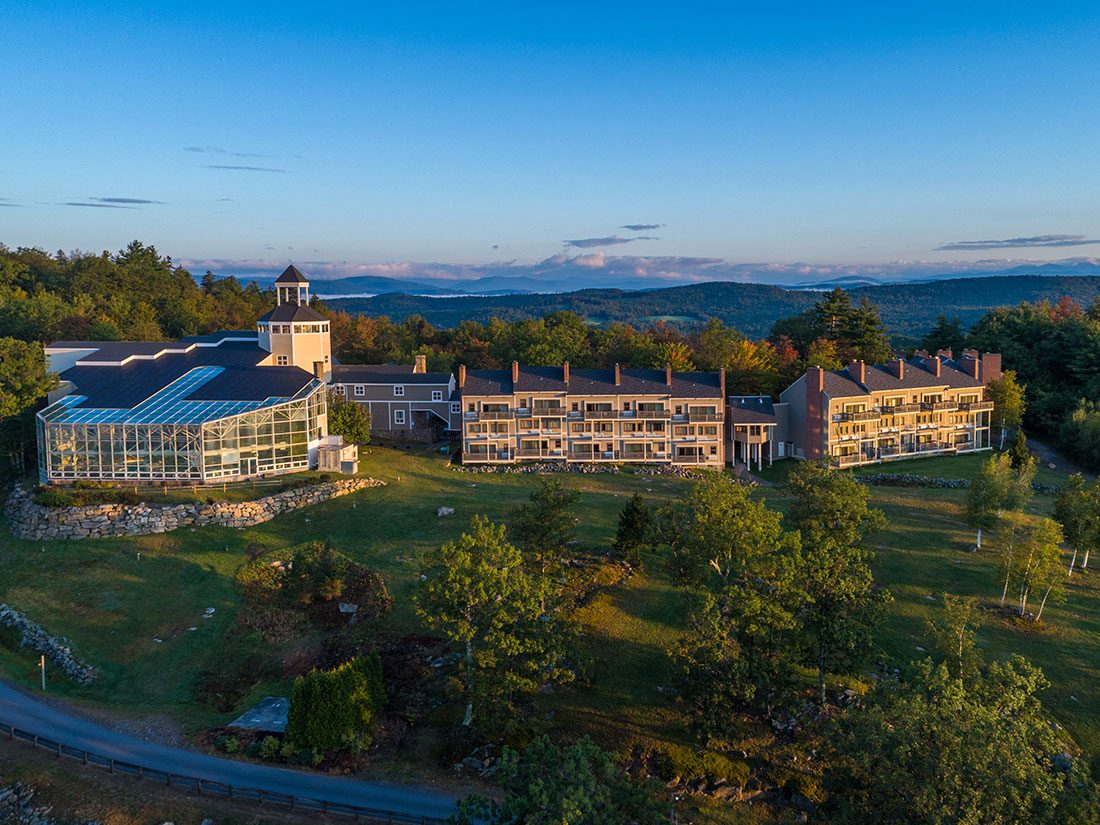 Steel Hill Resorts in Sanbornton. Justin Cutillo, co-president of Path Resorts, which owns Steel Hill and several other Lakes Region resorts, said his family-owned company went from having its best year ever, 'to staring down the barrel . . . of one of the biggest uncertain periods our family has ever seen.' (Courtesy photo)

CONCORD — A stakeholders advisory committee Tuesday agreed to send to Gov. Chris Sununu its priorities for spending what remains of the $1.25 billion federal CARES Act money to help the state overcome the COVID-19 pandemic.

The group of representatives of the state’s various industries focused on specific areas needing attention and not on how much money should be allocated as the Legislative Advisory Committee proposed for specific sectors.

The highest priorities for the stakeholders committee are grant and loan programs for businesses, nonprofits and housing programs for homeowners and renters impacted by the CIVID-19 pandemic, and for homeless.

Among the business programs are grants, loans and forgivable loans and help for the agriculture industry.

For nonprofits the group’s highest priorities are a relief and recovery fund for a wide range of nonprofits, and rebuilding food security and depleted food banks.

Also, on the highest priority list are emergency funds for childcare response and protection, rebuilding services for the developmentally disabled, and non-hospital health care providers.

The committee members believe using existing groups will allow the money to be distributed more efficiently, although Sununu announced Friday much of the $400 million he included in the Main Street Relief Fund to help businesses would first be vetted by the Department of Revenue Administration before applications are submitted to the Governor’s Office for Emergency Relief and Recovery.

The committee heard from representatives of the hospitality industry Tuesday before agreeing to send its recommendations and a narrative letter to the governor.

The stakeholders also agreed to add aid for private intercity bus service to the areas that should be helped with CARES Act money in order to reopen operations as the state reopens for business.

The state received $38.7 million for transportation funding under the CARES Act, but the private intercity bus service did not receive any money.

Stakeholder committee member Jim Jalbert of C&J Trailways said his company, which provides service between the Seacoast and Boston, along with Concord Coach, Boston Express and Dartmouth Coach are the private intercity bus service for the state.

The companies suspended bus service at the end of March because of the coronavirus and resulting drop off in riders.

Jalbert said bus service is not likely to start again until July at the earliest and as late as the end of fall for New York City service.

“When we are ready, we have to convince our riders we are safe,” he said. When the committee voted to add private intercity bus service to its priorities for later funding, Jalbert abstained.

Also, on the second tier is help for the recovery and reopening of childcare facilities and social services, a fund for rural hospitals, and loans to nonprofits to reduce long-term debt. Sununu announced Friday that $25 million would be allocated for child care services.

Other priorities are reimbursing cities and towns and the state government for pandemic costs, rebuilding the state’s unemployment fund, and an emergency property tax deferral fund for low-to-middle-income property owners.

Other concerns are kindergarten through 12th grade aid to schools due to the virus and the “build it back better” childcare program.

The letter from the committee to Sununu stresses the need to use existing agencies to vet applications and distribute the federal money, ensuring the money is used wisely and that “all uses of CARES Act funds continue to be entirely transparent, with immediate and complete disclosure of grants, loans and other disbursements.”

The board was told the COVID-19 pandemic has done significant damage to the hospitality industry in the state with many existing businesses likely to end operations.

Justin Cutillo, co-president of Path Resorts, which owns Steel Hill and several other Lakes Region resorts, said his family-owned company went from having its best year ever, “to staring down the barrel . . . of one of the biggest uncertain periods our family has ever seen.”

He said the company purchased the Center Harbor Inn and did major renovations and now faces a greatly diminished revenue stream to pay for the upgrades.

He said a large sector of their business is events such as weddings and catering and that is uncertain going forward with no specific reopening date, or possible capacity limitations.

“Restrictions of room occupancy could put us in a dire spot,” he said. “We want to be here on the other side and a contributing factor going forward.”

Jessyca Keeler, president of Ski NH, said ski areas not only lost several weeks of revenue when they shut down early in March, but presale of next year’s season tickets dropped dramatically.

Many areas used that cash to bridge through the summer to the winter season, she said.

Keeler said the next ski season is uncertain and difficult to predict, and noted ski areas and other attractions in the North Country and Lakes Region will have to make significant changes in how they operate.

Keeler proposed a $5 million fund to help ski areas and attractions do the necessary work to make their facilities safer for the public.

Joseph Faro of Tuscan Brands said the restaurant industry has been particularly hard hit by the COVID-19 pandemic.

He said the payroll protection program does not make financial sense to most restaurants who would have to maintain payroll while reducing their business by 90 percent in offering take out.

“We’re all doing the best to adapt to the new normal,” Faro said, but “the break even point is at 75 to 80 percent of capacity, the positive cash flow comes after that.”

If a restaurant takes a PPP loan that has to be repaid within a year, and it takes two years to 18 months to get back to 80 percent capacity, he said that will not work.

“The last thing you need is a loan when you have a business with a negative cash flow because you cannot service that debt,” Faro said.

The committee is not expected to meet again until next month.

Garry Rayno may be reached at garry.rayno@yahoo.com.

This story is courtesy of InDepthNh.org. 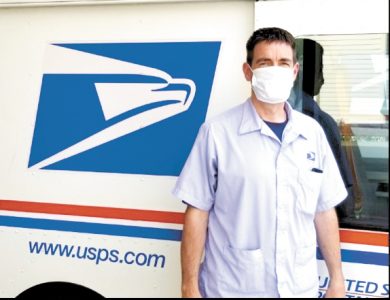 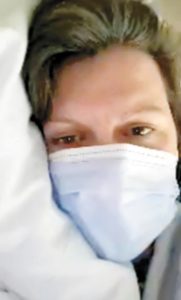 For some, a case of COVID-19 can be life-changing