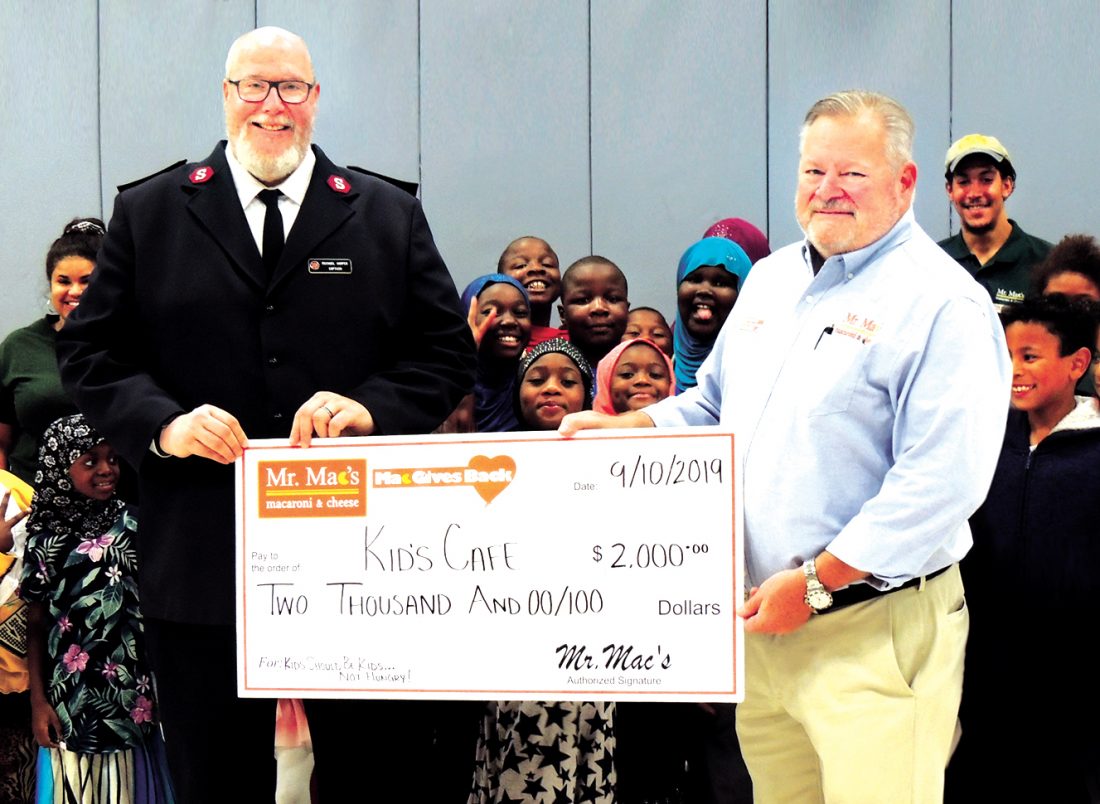 MANCHESTER – In May 2019, Mr. Mac’s Macaroni and Cheese in Manchester, announced its “Mac Gives Back” initiative to support the Manchester Salvation Army “Kids Cafe” program. When the Mr. Mac’s team learned of the need to help local children, they decided to donate $1 for every Take and Bake ordered from May through July. On Sept. 10, the Mr. Mac’s team presented Salvation Army Capt. Michael Harper with a check for $2,000 to support the Kids Cafe program. Along with the cash donation, Mr. Mac’s also provided two dinners to the children.

Manchester Kid’s Cafe opened in 1994, and has become a safe place for children to go to get a good meal and interact with friends after dark and at meal time. Mr. Mac’s always has been a community-minded organization and decided to formalize their charitable giving effort with this new “Mac Gives Back” initiative.

Making a difference to those in need on a local level is why the initiative has been embraced by all the employees of Mr. Mac’s, their guests, and certainly those in need.

“No child in America should be hungry,” said Patrick Cain, co-founder of Mr. Mac’s Macaroni and Cheese. “When we learned about the Kids Cafe program right here in Manchester, we had to do something to help.”

The involvement was just as meaningful to the Mr. Mac’s staff as it was to the Kids Cafe children … after serving up mac and cheese, salads and cookies, they enjoyed a hearty round of dodge ball!

Mr. Mac’s co-founder Valerie Anderson commented, “We were all so moved by the genuine spirit of community and wellbeing this effort brought to all of us. It’s more than just providing food, we truly live in a community that cares.”