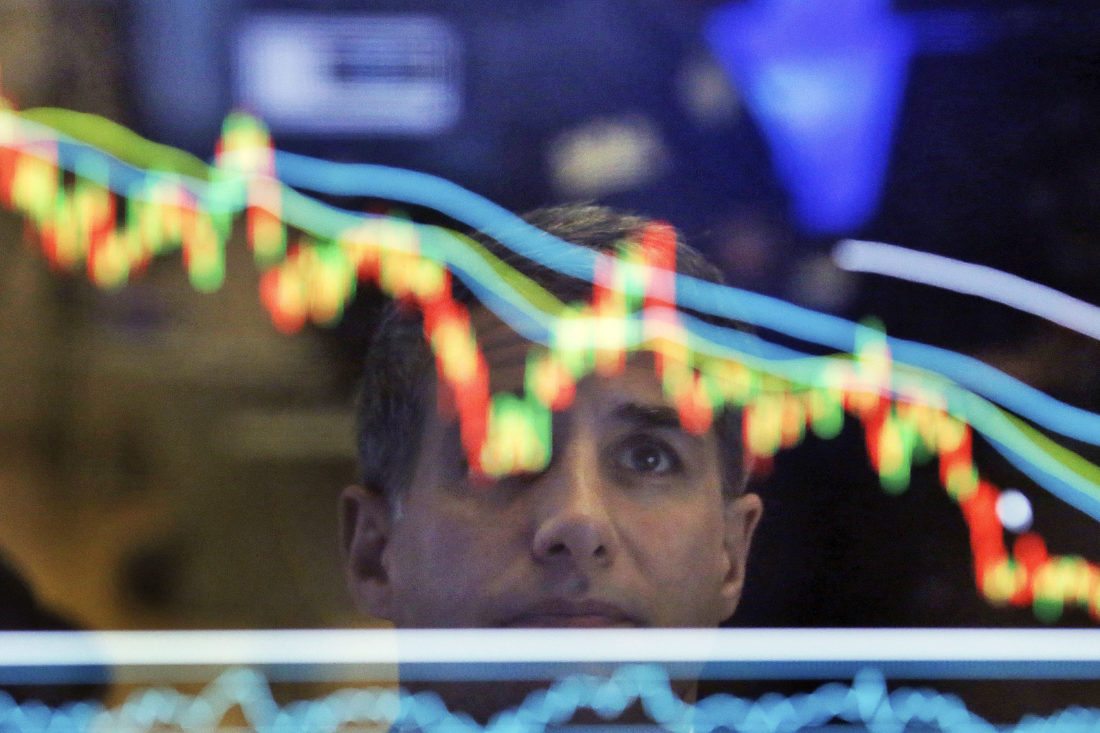 Losses in technology and health care companies helped pull U.S. stocks lower Tuesday, placing the Dow Jones industrial average on track to end an eight-day winning streak. The broad sell-off followed a slide in bond prices, which drove up yields, paving the way for higher borrowing costs on mortgages and other loans. The prospect of higher interest rates weighed on homebuilders, while the pickup in bond yields sent shares in high-dividend paying stocks lower.

THE QUOTE: “We’re of the view that we’re not in a high-rate environment, we’re in a less-low rate environment,” said Erik Davidson, chief investment officer at Wells Fargo Private Bank. “So we’re not too concerned at these levels, but that’s definitely driving the market today.”

BOND YIELDS: Bond prices fell. The yield on the 10-year Treasury rose to 3.07 percent from 3 percent late Monday. That’s the highest level since July 2011 for the yield, which is used to set interest rates on mortgages and other kinds of loans. The surge came after the Commerce Department said retail sales climbed 0.3 percent in April, suggesting that spending by consumers is rebounding as expected after a weak first quarter. Bond yields tend to rise when investors expect faster economic growth and higher inflation.

HIT TO HOUSING: Homebuilders slumped amid expectations that higher mortgage rates may hurt home sales. Mortgage rates, which have been rising this year, tend to track the movement in the 10-year Treasury yield. D.R. Horton slid 7.1 percent to $40.40.

TECH TUMBLES: A slide in technology stocks weighed on the market. Nvidia fell 4.4 percent to $244.13.

WINTER BLUES: Home Depot dropped 1.4 percent to $188.36 after the home-improvement retailer reported weaker-than-expected sales, partly because of inclement weather, and said the second quarter got off to a slow start.

ENERGY: Benchmark U.S. crude oil reversed an early side, rising 35 cents to settle at $71.31 a barrel in New York. Brent crude, used to price international oil, added 20 cents to close at $78.43 a barrel in London.