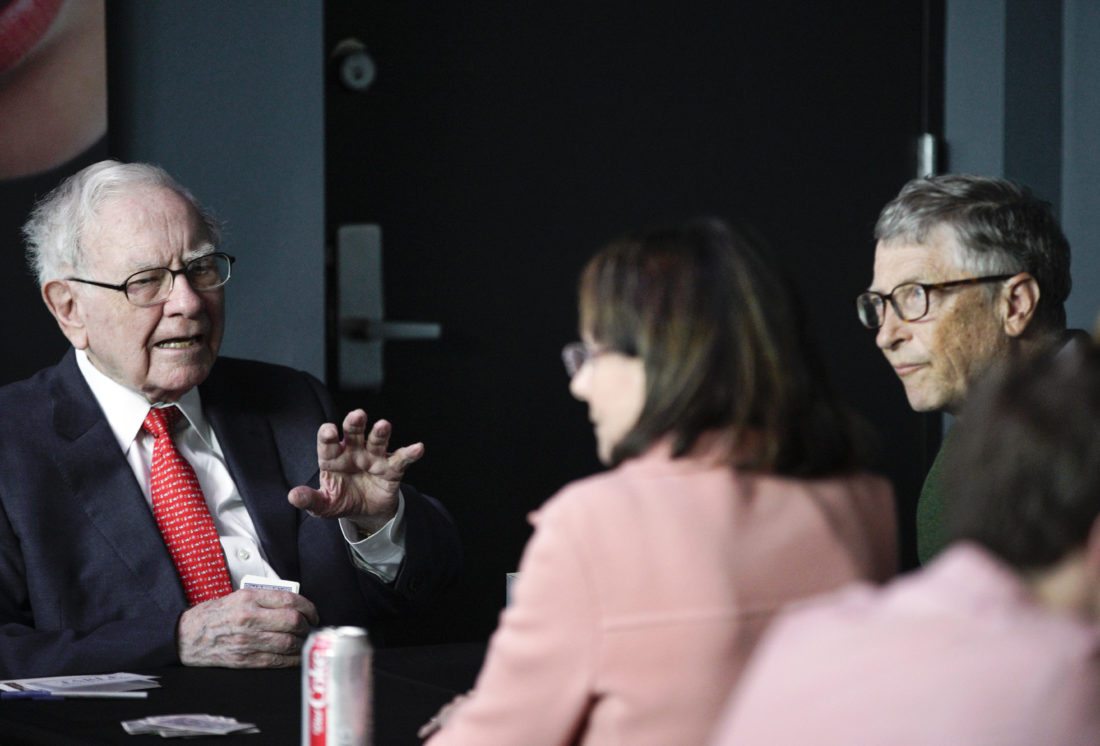 Buffett discussed a variety of topics during an interview on CNBC Monday after he spent Saturday answering questions before thousands of Berkshire Hathaway shareholders.

The chairman and CEO of Berkshire Hathaway said he doesn’t think the stock market is overpriced compared with other options even though he’s had trouble finding entire businesses to buy at reasonable prices.

“It wouldn’t take me a nanosecond to decide to go into stocks,” he said.

Buffett said cryptocurrencies like bitcoin are nonproductive assets similar to gold. So Buffett says anyone buying bitcoin is betting that someone else will pay more for it later.

Berkshire Vice Chairman Charlie Munger said buying bitcoin with the hope that someone else will outbid you later is a bad business.

Buffett reiterated his standard advice that buying an index fund, such as the S&P 500 fund, regularly over time is the best option for most people.

Buffett said the reports he gets from Berkshire’s more than 90 businesses tell him that the economy remains strong and has been improving lately.

Buffett said most of Berkshire’s businesses are hiring, and several of them are having trouble finding workers. For instance, carpet installers and certain construction workers are especially hard to find.

Buffett said he believes Wells Fargo is cleaning up its operation after being mired in scandals for more than a year. Berkshire owns 10 percent of the bank’s shares. Buffett said Wells Fargo clearly had the wrong incentives in place and didn’t act quickly enough when bank employees opened as many as 2 million accounts without getting customers’ permission to meet aggressive sales targets.

But Buffett defended Wells Fargo as an investment.

“Some of our greatest opportunities came from similar situations,” he said. Two long-term Berkshire investments in American Express and Geico came after scandals at those companies.

Roughly 40,000 people attended Berkshire Hathaway’s annual meeting on Saturday. Many of them are still wondering what Buffett might do with the more than $100 billion cash that Berkshire is holding.

Buffett said he will eventually put that cash to work either in more acquisitions or other investments. Already this year Berkshire has bought 75 million additional Apple shares to give it more than 240 million shares.

Buffett said Monday that he really likes the economics of the iPhone maker’s business, and the company’s management.

Buffett said he decided to invest in Apple after he realized that consumers were unlikely to switch to another product once they became established with Apple’s system.

Berkshire Hathaway Inc. owns more than 90 companies, including railroad, clothing, furniture and jewelry firms. Its insurance and utility businesses typically account for more than half of the company’s net income. The company also has major investments in such companies as American Express, IBM and Wells Fargo & Co.