A song to sing 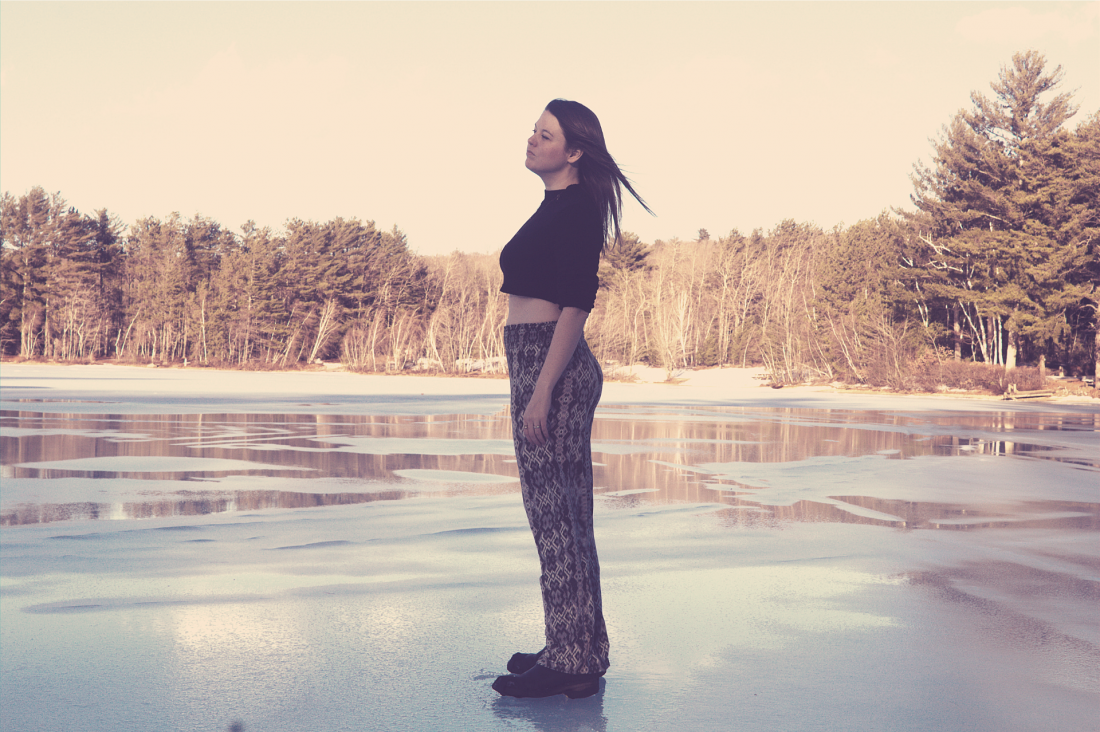 Courtesy photo Nashua resident Amy Doran will be releasing her first single, called “Places Unknown” on Friday. She will celebrate her release locally with a Riverwalk Cafe show, set for 8 p.m. March 20.

NASHUA – A local musician is set to release her first single on Friday, as Amy Doran will take the stage with a show through Sofar Sounds in Boston to perform a song she describes as a letter reflecting on her past self-doubt.

Doran will also celebrate the release locally with a Riverwalk Cafe show, set for 8 p.m. March 20.

Music has always been a part of Doran’s life. In addition to singing and songwriting, Doran plays the electric guitar, the bass and the ukulele.

What started out as hobbies quickly blossomed into a career. About four years ago, Doran met one of her best friends, who would quickly become a fellow bandmate, Brian Sousa. Together, Doran and Sousa formed the band, Strangers By Accident, an indie folk-rock group. Doran said at this time, she had gone from a lifetime of singing classical music and cover songs to actually writing music. And there was no turning back, Doran said, in spite of throwing away consistent paychecks and a life that was more predictable.

“For me, there was no other choice,” Doran said.

Doran met Sousa at a time when she was gearing up to go to medical school. She had previously worked at BAE Systems in Nashua and had dealt with various illnesses in her life, which made her want to go back to school to become a doctor. She had finished nearly all her pre-med classes at Harvard Extension School and was working at Massachusetts General Hospital around the same time her band was burgeoning.

In 2015, her apartment burned down the week of her first live gig. “It was a time when everything in my life felt off, and I struggled to see what path I should follow forward,” Doran said.

“I decided to take a break and not take the MCAT (Medical College Admission Test) and now that’s OK because music is my full-time thing. At that time, it was a really weird and hard decision,” Doran said.

She added, “It still weighs on my heart sometimes. I love that piece of knowledge that I picked up and I’m fascinated by neuroscience and medicine, but I’m not practicing it.”

Still, she said, it was a gain.

The solo album Doran is currently working on is a reflection of her health struggles.

“I avoided those topics for a long time because they are really hard to face,” Doran said. “My coping mechanism was that I was avoiding the fact that I spent time in the hospital as a baby and other things like that.”

Doran found that writing has been therapeutic in facing her struggles. In her new song “Places Unknown,” which will be released Friday, Doran said the fire comes up. “It’s processing the changes, the career shifts and the unpredictability of life,” Doran said.

Music has not only been therapeutic for Doran, but also a special way to connect with strangers, as she puts it.

“One of my favorite parts of playing is being able to tour around and play music in new places. All of a sudden, you can have a connection with someone you’ve never met who really had a connection with one of your songs,” Doran said. She added, “And on the other side, you can be in a sea of 1,000 strangers, but you’re all there to see a person who wrote a song that means so much to you. It’s a special language that is hard to define.”

A turning point in Doran’s career was when she was selected as one of 13 songwriters internationally to spend time in California at a writing retreat working one on one with one of her musical idols, Ben Folds. “Working one-on-one with Ben inspired me to dig deeper into emotions I had avoided and to hone in on my voice,” Doran said.

Doran had applied to the retreat on a whim and said she was shocked that she was selected. While in California, Doran had to write two songs per day. She was also able to get one-on-one time with Folds to bounce off ideas and receive feedback.

“It was really intense. I don’t think I’ve ever written in such a short amount of time, but it was unbelievable,” Doran said. “(Folds) shook up your writing process, forcing you to write in different ways and through different perspectives.”

Doran said it was one of the highlights of her life.

In terms of the future, Doran said Strangers by Accident will be working to produce a full-length album, thanks to a grant received from a nonprofit organization.

Doran will also be working on her solo album. She then hopes to continue with her solo touring. Doran said she had to thank her producer Devin Dawson for most of her solo career.

“He believed in my songs. He helped blossom them and helped co-write them in some cases,” Doran said. “I sent him my song last August and he was very excited about it, and that was what led me to be excited about making songs.”

Doran’s single will be released Friday, which is also on International Women’s Day. Doran said the timing felt right.

“This song, in particular, is about kind of stomping on your self-doubt and it goes back to the fire and when I felt so lost. But it’s how you push forward in spite of everything that goes on.”

She added, “The timing felt right and just what I was talking about in the song. I felt a strong connection.”

Doran’s single and future album will be released under the moniker, “Wyn Doran.”