Fighting opioids from the frontline 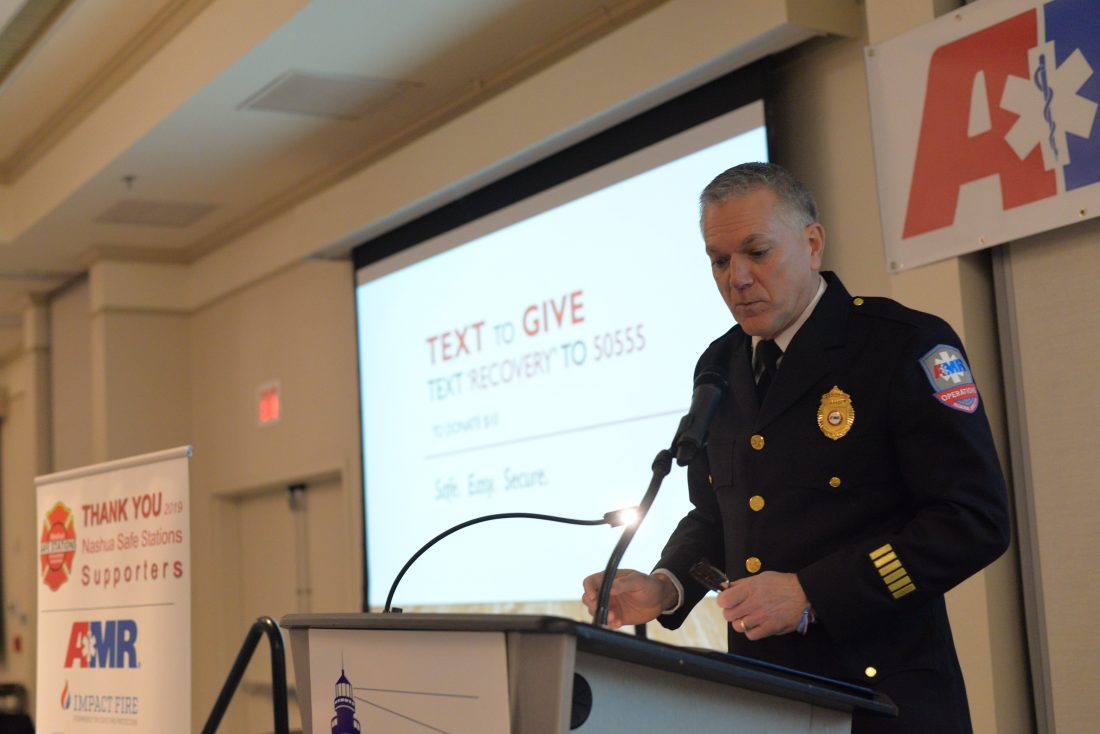 NASHUA – While the opioid crisis continues to claim lives across the country, Nashua saw a 23 percent decrease in opioid overdose deaths since the November 2016 start of the Safe Stations program.

However, this collaborative, community-wide effort does not operate for free. So many gathered at the Courtyard by Marriott Nashua Thursday morning for the First Responders Breakfast to benefit the Nashua Safe Stations program by helping raise money to continue making an impact in the lives of those trying to overcome addiction.

While this breakfast acted as a fundraiser with a Valentine’s Day theme, it also honored American Medical Response Regional Director for New Hampshire and Maine Chris Stawasz for his leadership in coordinating the emergency medical services response to the opioid crisis in the state – and underscored the importance of this life-saving initiative.

“The month of January, as far as we know, had no fatalities and had the lowest number of overdoses in two years,” President and CEO Harbor Homes Inc. & Partnership for Successful Living Peter Kelleher said.

Kelleher said this model not only saves lives, but is a reflection of the unique abilities, courage and close partnerships of Mayor Jim Donchess, the emergency responders and the entire Partnership for Successful Living. This program is very near and dear to Kelleher’s heart. He said since it started in November 2016, more than 2,600 people have entered one of the city’s fire stations in that brief moment in which they decide to seek help. 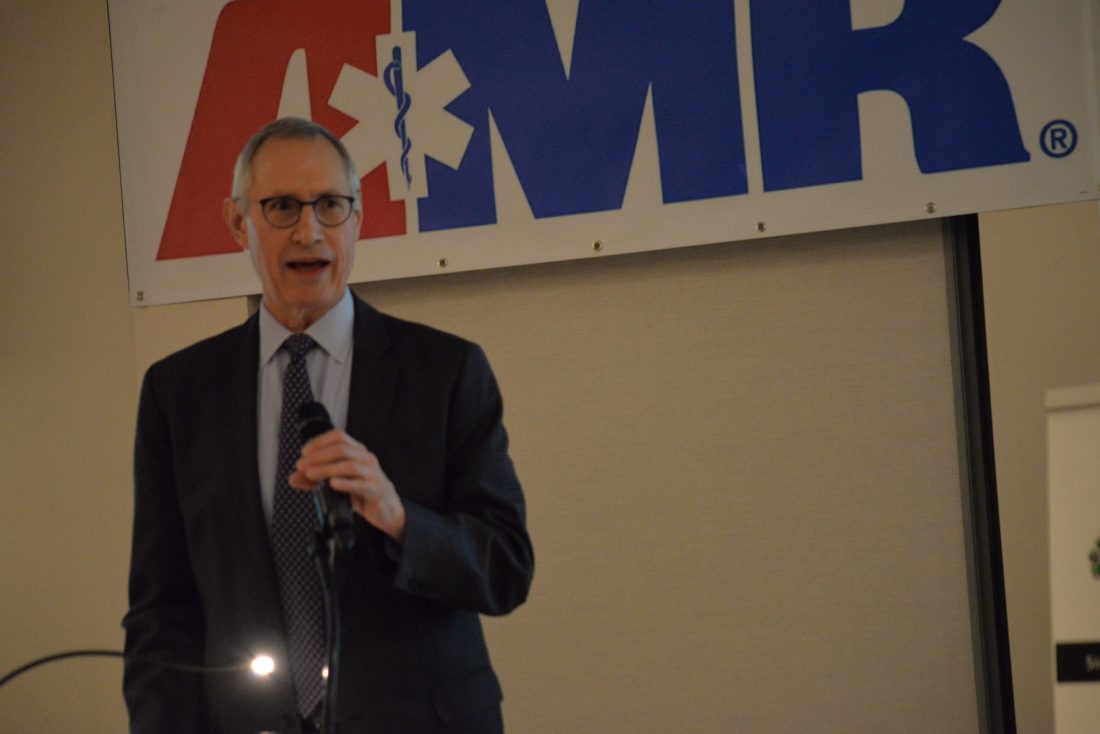 All the funds raised during this event go toward sustaining the program so others can continue flowing into the fire stations to face their substance use disorder.

Donchess thanked each party involved in operating this program, and highlighted how Nashua has been recognized a number of times for being a safe city. He said the city’s emergency responders play a large role in that recognition, and thanked them for everything they are doing for the safety of the community, all while helping those struggling with substance use disorder to gain new hope. However, he provided a special thanks to Stawasz, and said it has been his privilege to work with him, particularly on the Safe Stations program.

“There is no one in our whole region who is more dedicated to trying to combat the opioid crisis than Chris Stawasz,” Donchess said.

When Stawasz took to the podium on stage, he asked those in attendance to recall the summer of 2016, a time when opioid fatalities in Nashua were climbing, and overdoses were nearly overwhelming the city’s public safety system. At that point, he said it was clear that something needed to be done.

After Donchess formed the Mayor’s Opioid Task Force, the Safe Stations program was implemented, but not without a great deal of planning, training and worrying.

“Since then, over 2,600 people from every city in New Hampshire, and 150 towns in New Hampshire had walked into a Nashua fire station seeking immediate, non-judgmental access to recovery services,” Stawasz said.

He is responsible for the emergency medical services component of the programs, both in Nashua and Manchester, and was honored with a trophy and portrait painted by Alderman Tom Lopez.

However, this initiative extends its reach far beyond the Granite State, attracting people from a number of other states, as well. However, without funding, programs cannot continue.

“We have not stopped the opioid epidemic,” Stawasz said. “What we have done is, help bring an already close-knit group of talented and caring Nashuans even closer together for a common goal of saving lives, offering hope and improving the quality of life in our community.”