Coffee with the Mayor a great place for info, ideas

I had coffee with the mayor this week. Maybe you did, too. After all, there was a bunch of us having coffee with him, at Jajabelle’s. The mayor does this every second Wednesday of the month, and I go unless there is a meeting at work that I simply have to attend. (I am fortunate to have a somewhat flexible schedule.) It is nice to sit with my fellow Nashuans and hear what is happening in the city. I’m always a bit surprised that more people aren’t there, but I appreciate that everyone does not have an accommodating workplace.

I like to go to these coffees to hear what’s new. I always hear about something I did not know. It was at one of these coffees that I learned that Make It Labs has an Open House every Thursday, (I haven’t made it there yet, but it’s on my to-do list.) This past week, I heard about the Mohawk Tannery proposed cleanup. This is important to the entire city, not just to the folks who live close to the former tannery. The site is above the Nashua River, and the developer wants to cap it. The residents want it to be cleaned up, with the toxic materials removed, the way it should have been in the first place. I heard at coffee that the time for public comment has been extended to Sept. 7, and I got to sign a petition supporting the clean up.

It has been working pretty well, and the city would like input on whether it should be expanded or not. I don’t have a dog in that fight, but I brought up the fact that there are many complaints on the Nashua NH Civic Sounding Board’s Facebook page that new residents of Nashua do not usually find out about the overnight parking ban until they find a ticket on the car they parked overnight. I do not think this is a nice way to find this out. I did not realize when I first moved to Nashua that there was a leash law and a city ordinance about scooping up after your dog until I was told so by my dog-walking group. I felt terrible, so I went and bagged poop all along Manchester Street to make up for my sins.

I suggested that there should be a guide for new Nashua residents, letting them know these things, as well as others. Things that are helpful: who to call if you wake up one morning and your driveway is blocked by a fallen tree; what parks are within walking distance of your home; how to register your car. Another man in the group, Steve Lionel, said he had the same idea, and he talked about some issues related to recycling. I think everyone is confused about recycling, (we spent some time talking about that topic as well), and I noticed that the mayor’s assistant, Cecilia Ulibarri, was taking notes.

Right before we left, Joann St. John politely reminded everyone that the New Hampshire primary is Sept. 11. I put it in my calendar, so I know I won’t forget.

So, if you want to air a concern, express an opinion or float an idea, you should attend. It’s a good way to participate in your city government. And, while you’re there, you can have some excellent coffee and pastry. Or a breakfast sandwich. I recommend you get one with avocado added.

It’s a great way to start the day. 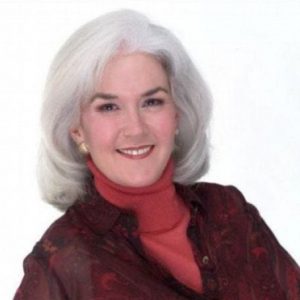 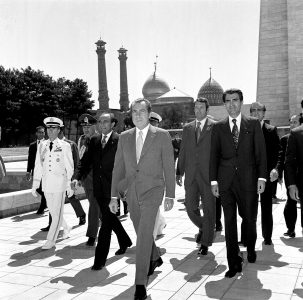 This Week in History for May 31

Hints From Heloise for May 29