There here and now is now

Our thinking changes as we grow.

Our view of the world shifts over time, like a camera lens gradually coming into focus, moving back from its subject to capture an ever-expanding panorama. As young children, our view is close-up and blurry. We’re seldom certain what we really want, our wishes and hopes and fears change one moment to the next. If it isn’t about me-here-now, it doesn’t matter.

As adolescents, the lens of our thinking takes a step or two back. We’re able to capture a broader field of view. We’re able to think beyond ourselves to take in others’ perspectives, to consider abstractions like peace and love and freedom far beyond our immediate personal experience of “now.”

As adults and as parents, the lens through which we view time steps back even further. We begin to think in terms of generations. The focus on “me first” that brought us so far begins to be about “them.” The kids. What will they need? How can I prepare them to succeed? Our interest in ourselves shifts to a focus on what we can contribute and, still later, on what we have contributed to the world around us and to the generations yet to come.

This shift of focus is natural and necessary. The panoramic view of life afforded to most of us by maturity helps make us healthy parents. The ability and the willingness to put our kids’ needs first, to think beyond the me-here-now and to plan for a distant future is critical to assuring our children’s future.

But even as a mature perspective benefits our kids, it can cost us the ability to understand how they think and feel. How often have you found yourself frustrated by your preschooler’s impulsive choices? How hard have you struggled to get your son – who’s in third grade – to save his pennies? How aggravated do you become trying to convince your 14 year old that his grades really count or your 16 year old to get a job rather than play video games all day long? These things make perfect sense through our adult lens, but may be well beyond the “now” that your kids are able to see.

What is time? With all due respect to Stephen Hawking, H.G. Wells and Stephen King, understanding time is no more and no less than understanding sequence. The idea that things come in a series. A and then B and then C …. or 1 and then 2 and then 3. A child can learn to recite Monday, Tuesday, Wednesday… or January, February, March … and even learn to read a clock, but until he understands sequence, this is nothing but rote recital.

Most of us grasp the basics of sequencing by first grade. Much of early math is built on discovering patterns and series. Even so, understanding is only the first step, gaining perspective on the sequence and the subjective meaning of minutes and hours, days and weeks, months and years comes only gradually.

How big is an hour? How long is a day or a week or a year to you? To your kids? We can start to imagine an answer by considering a unit of time as a fraction of a person’s life span.

A year is a relatively small fraction of your life, one-thirteenth or -fourteenth or -fifteenth of your total experience. But a year is a quarter of your four year olds’ entire existence. It’s a tenth of your 10-year-old’s life. It’s unlikely that a fourteenth of anything makes a huge difference to you, but 10 percent? 25 percent? You’d hardly notice if the coffee you paid $1 for yesterday cost you $1.03 today, but you’d complain loudly if it cost $1.10 and you’d probably switch to tea if it suddenly cost $1.25!

Think about it. Asking your 3 year old to wait a half hour may seem trivial in your perspective, but those 30 minutes may feel to her as long as a week feels to you. Paying your 7 year old on Sunday for chores done Monday and Tuesday and Wednesday might feel to him the way you’d feel about learning that your next paycheck is 12 months away. Expecting your daughter – who’s in fifth grade – to start thinking about college or your high schooler to save for retirement may be entirely logical and reasonable, but it makes as much sense to them as asking you to plan ahead for the next millennium.

Timing your rewards and punishments. Understanding the lens through which your child views “now” is critical to all of your parenting decisions, from getting homework done tomorrow to determining rewards and punishments. Working within your child’s sense of “now” will help you be a more effective parent and can potentially save you and your kids from enormous frustration and unnecessary conflict.

Rewards and punishments work by association. A reward will encourage your child to repeat a specific behavior if the reward feels connected in time and meaning to that behavior. A punishment will discourage a behavior, only if it feels similarly connected across time. Reward a 3 year old at night for something he did that morning probably misses the connection. Punish a teenager next week for something he did today may be similarly meaningless.

In general, an infant or toddler’s “now” is fleeting and immediate. When she picks up the toy, your gushing praise must follow directly. After one or two or 100 repetitions, the cause-effect link is forged and she’ll start to pick up toys specifically to win your praise.

Most grade-schoolers can make the same association over a longer period, freeing you to provide rewards and punishments hours later. As a rule of thumb, immediate is still best, but you may be able to postpone your response to a grade schooler’s behavior by as many hours as the number of years in the child’s age. This means that a reward or punishment for a 9 year old might still have meaning as many as nine hours later. A 7 year old’s success before school can still be meaningfully rewarded soon after school. A 10 year old’s misbehavior in the morning might still be meaningfully disciplined as long as 10 hours later, just before his bedtime.

By the middle school years, a child should be able to learn from consequences that occur days later. By the high school years, even a week’s delay between behavior and outcome can still be meaningful. Still, the more you can connect behavior and consequence within the child’s sense of “now” the more effective you’re likely to be.

Tokens, stars and golden nuggets Immediate rewards and punishments may be the most effective, but immediate can be impractical. If Billy curses on his way out the door to school it hardly makes sense to send him to his room there and then. If Sarah finally gets in bed and falls asleep without her usual fuss, it makes no sense at all to wake her up for a reward. What to do? The answer may be a token.

A token is any tangible, visible symbol of an earned consequence (usually a reward) that can be made available immediately and “cashed in” later for the actual consequence. Some teachers, for example, try to catch their students succeeding and reward these successes by adding a “gold nugget” (a painted bean) to a child’s jar, promising the class a party when some or all of the jars are full. Some parents reward successes with stickers, particularly gold stars, promising that each sticker is worth an M&M or a nickel or five minutes of later bedtime the next day.

Perhaps the best token economy provides a tangible token (a poker chip, for example) to a child for every success throughout a day or a week, depending on the child’s sense of “now.” At the end of that time, the accumulated tokens can be “cashed in” in the family store where a variety of desirable items and privileges are for sale. When some of the smaller rewards are available regularly to a child who needs more immediate “now” gratification and other, larger rewards require many successive successes, a child can learn to delay gratification, to tolerate frustration and to gradually broaden the lens through which she views “now.”

Perhaps you’ve had the experience that whole seasons pass with hardly a notice, that you suddenly realize that your oldest is in second or seventh grade or gone to college, that she’s done with braces, that she’s dating, that she’s married and that you’re a grandparent – “Oh my goodness,” you exclaim – where did the time go?

Don’t let yourself become the businessman who worked 80 hours a week building a bank account, always promising to retire young and then enjoy his kids, only to discover that they’re gone. It’s too late. He can’t have the time back.

Slow down your clock. Be aware how you choose to spend your finite time. Get into your kids’ “now” now. They’ll be richer for it, and so will you.

Dr. Benjamin Garber, Ph.D., is a New Hampshire-licensed psychologist and parenting coordinator. He writes and speaks internationally on subjects concerning child and family development. His latest book is “Holding Tight/Letting Go” available from unhookedbooks.com. Learn more about Garber and his child-centered services at HealthyParent.com. Find a collection of Garber’s popular press articles on his blog at bdgarberphd.wordpress.com. Garber welcomes your comments at papaben@healthyparent.com. 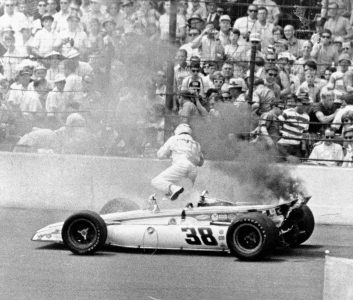 Today in History for May 30 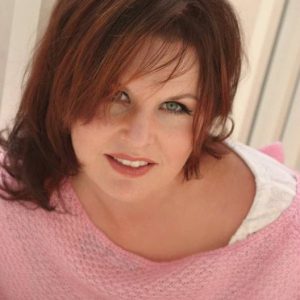 Horoscopes by Holiday for May 31 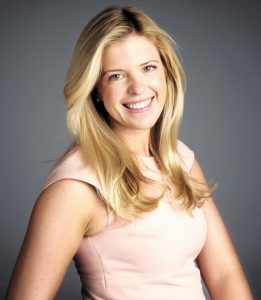 Reconnecting with an old flame: Your other half is within you