The mystique of Keith Richards

It’s probably a bit of a challenge for many music lovers from across multiple generations to try to recall a time when the Rolling Stones weren’t at the epicenter of rock and roll. If it feels as though the original bad boys of rock have been around forever, well, that’s because they really have. For after decades as the self-proclaimed “greatest rock and roll band in the world,” in the minds of many, the Stones do indeed have the right to make that claim. For the truth is that no other musical act in history is still as recognizable, and as viable, today, as they are. They’ve outlasted virtually every other band on the planet, and in the midst of a 2019 world tour that had to be rescheduled due to Mick Jagger undergoing heart valve surgery, they are still playing to massive sellout crowds in every city across North America, and are still riding the crest of a wave of fame and fortune that has no end in sight.

Mick Jagger is, in my mind, still the greatest and most captivating front man in rock music. However, for alluring as the public still finds Mick, it is Keith Richards who has always been the heart, soul and engine of the Rolling Stones. To the world, he is simply Keith; one of the premier guitarists in the industry. Keith, the guy who is still a 4 pack a day smoker, a recovering alcoholic, and who, on more than one occasion, has had his entire blood supply replaced at an exclusive Swiss clinic as a means to break a heroin addiction that had him hooked for most of the decade of the 1970’s.

Keith still holds the title as the poster boy for bad behavior. However, more than that, he’s the aging rocker who, although he still looks like 10 miles of bad road, has, across the years, somehow found the inner strength to survive it all. The old joke used to be that in the wake of a nuclear war the only things that would be left alive would be cockroaches and…Keith Richards.

Here’s something to swirl around in your glass of Cabernet. Not only is Richards still going strong with no plans to slow down, in December he will turn 76. For as impossible as this seems, across the decades of a storied career, Keith Richards has morphed his way from dissolute dad to dedicated family man. He has three children from Italian-born actress, Anita Pallenberg, who he stole away from the late Stones guitarist, Brian Jones. In addition to his children with Pallenberg (a son and two daughters,) he also has two daughters with his wife of 40 years, Patti Hansen. The Richards clan was raised on an eight acre 8000 square foot mansion nestled in the idyllic town of Weston, Connecticut, where Keith still resides today.

It is no secret to anyone that Richards, and Mick Jagger as well, has indeed defied the passage of time. When one considers the perils and hazards of his wild and sordid lifestyle, he seems to have, for all intents and purposes, spit in the face of time. In the process, Keith has somehow found his way into the hearts of fans across the globe. Despite his checkered history, his I don’t care attitude has charmed his most severe critics, and also endeared him to both old and new followers alike. All through this wild ride, it appears that what may be at the bottomless well of Richards’ strength, resilience and gritty determination, and may possibly be the secret to his longevity, is, in fact, music itself. It has always been the love of his life.

For anyone who has been at a Rolling Stones concert, it is heart pounding and intoxicating experience to behold. In their 70’s, Jagger and Richards, the “Glimmer Twins” still have the power, and the musical chops, to rock a concert venue to its foundation. Keith still has an infinite capacity to, in live performances, draw fans in with his tattered, junkie, outlaw look, and riveting guitar playing. In the face of this, it has often been a challenge for people to acquire any clear sense for just how much of Richards’ lifelong rebel persona has simply been a manufactured image, and how much of it is real.

Here, in this time and place, decades after he first burst upon the music scene as a young blues rock musician from Dartmoor, England who carried his distant dreams around in a battered guitar case, time has somehow blurred the lines between what is myth and what is real. Today, it is still a mystery as to who the real Keith Richards is.

I will tell you that as devoted Rolling Stones fans, the allure, and never ending fascination with Keith, one of the world’s truly gifted rock performers, is still as strong for me as it was the first time I ever heard him play those oh so recognizable lead-in chords to Satisfaction so long ago.

Whatever one’s feelings about Keith, and the Stones may be, one thing is a certainty. His talent seems to be limitless, and the collective fascination that we still have for him is enduring. When all is said and done, in an industry that seems to have a history of bringing death at an early age to its luminaries, Keith Richards remains the ultimate survivor. Like his music, he is timeless.

After so many years have drifted by my window, there are still those private moments when I hear an old Stones classic on the radio, or crank up one of their CDs late at night when, out there on the ragged edges of my mind’s eye, once again that faded image of me as a young guy comes calling. Again I see that long ago young kid who harbored secret boyhood fantasies of maybe one day being up there on the stage at Madison Square Garden playing with the Stones. Every now and then, that old tape still plays out in my head with crystal clarity. Truth be told, I hope that it always will.

Paul Collins is a freelance writer from Southborough, Massachusetts. 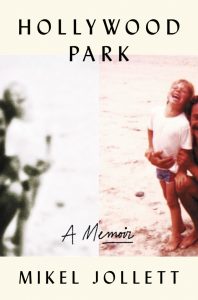 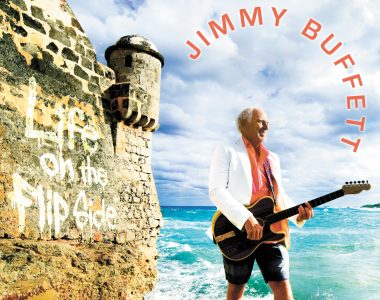