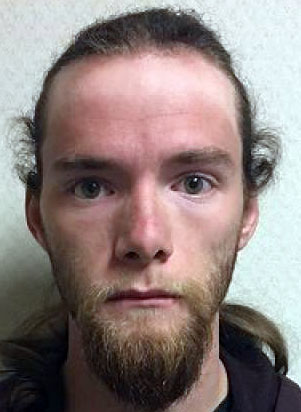 NASHUA – Everyone in Superior Court Judge Jacalyn Colburn’s courtroom Monday for Louis S. Pilat’s plea and sentencing hearing on a felon in possession of a firearm charge appeared to understand why Pilat, despite knowing he was violating his probation, felt he needed to carry a gun.

The chief reason, according to Pilat’s lawyer, Attorney Charles Keefe, was Pilat’s concern for his safety – he received numerous threats to his well-being since his conviction in 2016 of a felony charge of possessing child sexual abuse images.

“If you asked him right now why he did it, he’d tell you it was a moronic … a stupid thing to do,” Keefe said, referring to Pilat’s decision to carry a firearm.

When he was convicted on the child pornography charge, “it was all over the local media,” Keefe said, adding that “Louis had threats made against him, and he was working overnights in a warehouse” at the time.

Keefe wasn’t alone in praising Pilat for his near-flawless compliance with the terms of the three-year probation period that was part of his 2016 sentence.

Assistant County Attorney Nicole Thorspecken and Thomas Harrington, Pilat’s former probation officer, agreed that Pilat was a model probationer, with one major exception – getting arrested for carrying a firearm as a convicted felon.

“He was in full compliance (of probation), he was successfully completing a treatment program,” Harrington told the court.

Pilat “owns his behavior … I don’t have a bad report to give to the court today, other than the one charge.”

While Harrington referred to Pilat’s decision to carry a gun as “a lapse in judgement,” he added that it was a “significant enough lapse in judgement that some kind of sentence” should be imposed,” he told the court.

As for the plea deal, Pilat agreed to plead guilty to the felon in possesion of a firearm charge, and to enter a plea of “true” to the single count of violation of probation, which stems from his arrest on the firearm offense.

The parties had agreed to a capped plea agreement, which means each side presents their sentencing recommendations to the judge, who then decides the length and other terms of sentencing.

Thorspecken, in recommending a 12-month jail sentence, emphasized what she called the “incredibly disturbing” nature of the firearm offense.

The gun “was loaded, with a round in the chamber,” she told the court. “We recommend the 12-month sentence because a messages needs to be sent: It’s not OK to possess a firearm while you’re on probation.”

Keefe, meanwhile, asked Colburn to impose a 6-month jail term, but that Pilat be released after serving 15 days, on the condition he wear an electronic monitoring device for the remainder of the 6-month sentence.

Colburn, however, said she didn’t “see the benefit” of electronic monitoring, but told Pilat that “there has to be consequences for your indescretion.”

She subsequently imposed the 6-month sentence, with 5 months suspended, telling Pilat that the “big message I want to send to you is to keep doing what you’ve been doing – but without possessing any weapons.”

Earlier in the hearing, Keefe, who also represented Pilat in his 2015-16 case, noted that if Pilat were to receive any kind of jail term, he would have to be separated from the general population “right away,” referring to the nature of the charge on which he was convicted in 2016.

At the time, Keefe told the court that Pilat wasn’t aware that it was illegal to view such images online, but he nevertheless admitted that he did it and accepts responsibility.

The terms of that sentence ordered Pilat to register as a sex offender, to attend sex-offender counseling, to have no contact with children under age 16 and serve three years of probation.

The agreement also carried a 2-4 year State Prison sentence, all of which was suspended on the condition Pilat not violate any of the terms.

Keefe on Monday referred to that case, which began with Pilat’s arrest in mid-June 2015 after a police investigation traced the images to an IP address at Pilat’s Hudson residence.

Pilat, who at the time had just turned 18, was still in distress over the arrest, fearing that “his life was ruined,” Keefe said, when his mother was killed in a motorcycle crash roughly four months after his arrest – and just two weeks before he was indicted.

The felon in possession of a firearm and probation violation charges Pilat faced Monday, meanwhile, stemmed from his February 2019 arrest in Hollis.

Pilat was the passenger in a vehicle that a Hollis officer pulled over for speeding, according to reports at the time.

Police said the officer “noticed that the male passenger … was carrying a loaded, concealed firearm in the back portion of his waistband,” the reports state.

The officer identified the man as Pilat, who was 21 at the time, and a records check the officer conducted revealed Pilat’s convicted-felon status.