Panthers ended up road weary while at home in loss 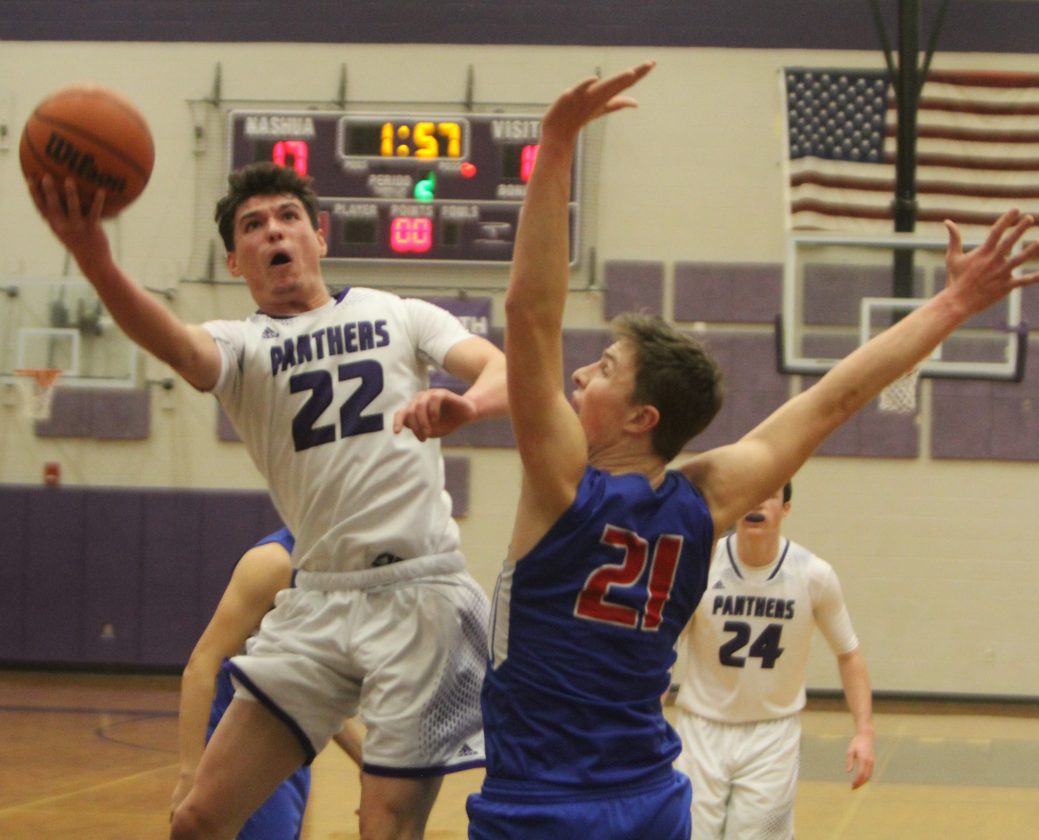 Telegraph photo by TOM KING Nashua South's Andres Hulfachor goes hard to the hoop against Winnacunnet's Jack Schaake during Monday night's 45-39 loss at the hands of the Warriors at the Belanger Gym.

Nashua South coach Nate Mazerolle could have described his team’s fourth quarter the same way – even though it was playing at home in the comfort of the Belanger Gym.

The Panthers managed just eight points in the period en route to a 45-39 loss, one in which they went to the line one third (8) of the time as the Warriors, and were outscored 16-6 there.

“A game we had a great opportunity to beat a real good team,” said Mazerolle, whose team led 31-27 with eight minutes to play. “That’s a bad loss. And they got to the line a lot. No comment. … funny, the disparity though.”

South also had five turnovers in the final period, which didn’t help. Nor did the fact the Warriors got their inside game untracked, with 6-foot-5 Ben Allen leading the way with 19 points and 6-6 Jack Schaake adding 10.

But it was the Panthers (6-7) inability to get anything going offensively when it counted – or to get to the line – that hurt.

They were led by Andrew Moody’s 12 points, as well as 10 from Ivan Nyantenji – who left the game with an apparent hand injury in the fourth – and nine by Andres Hulfachor. But no hot hands. Moody’s baseline bucket with 4:26 left that gave South a 38-34 lead was the last field goal the Panthers would have.

“It took us a while to get going,” McKenna said. “But credit to these kids, our senior leadership just figured out a way down the stretch. … We looked a lot more like we should look in that fourth quarter.”

McKenna put his faith in the Warriors’ defense, and it paid off. South led 13-6 after one thanks to three 3-pointers (including a Nyatenji buzzer beater) and 21-18 at the half.

“Fools gold,” Mazerolle said. “We are not a 3-point shooting team, we keep shooting them, and all of a sudden they dry up and we don’t know what to do offensively. And that’s frustrating. … Believe it or not, our plan was to run.”

But the fourth quarter plan fell apart. And 10 of the Warriors 18 points in those final eight minutes came from the line.

Just like a Monday night on the road, with a big exception for the Panthers. 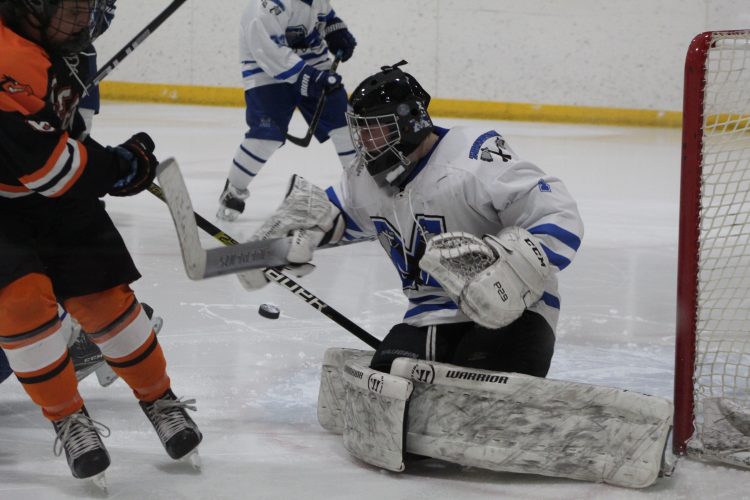