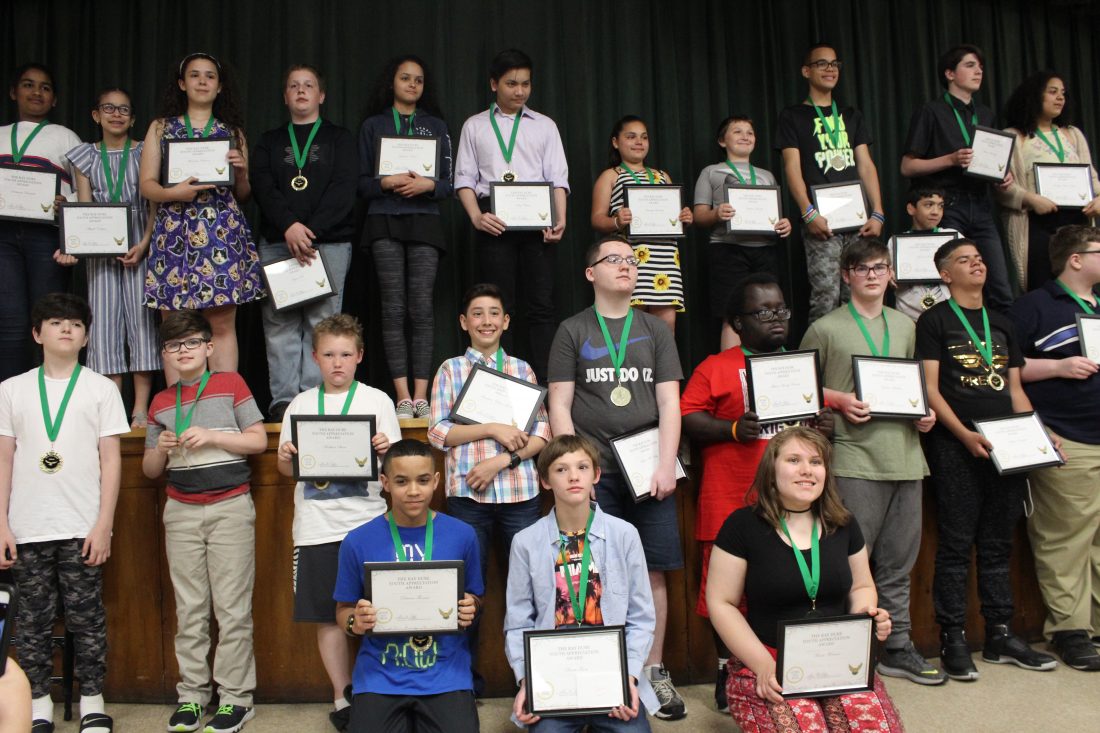 This awards ceremony was named after a Fairgrounds Middle School custodian who passed away five years ago.

Wednesday night, Dube was described by teachers as a kind person who always looked on the bright side of things, and someone who always had a smile on his face.

Fairgrounds Middle School eighth grade counselor Laura Labrie said of Dube, “He was a positive energy in the building, everyone knew him.”

Labrie said the night was set to recognize the unsung heroes like Dube, who are not always recognized but go above and beyond in the school. Furthermore, students were recognized for overcoming adversity, fighting through different battles socially, emotionally and academically, being exceptionally kind and serving as a role model.

Labrie said it was about recognizing students who are resilient, and letting them have this chance to shine.

“Despite all and any other stressors that come along with being a middle schooler, these individuals are still here being acknowledged for one of the most meaningful awards that they will ever receive in their lifetime, at arguably the most difficult moment in their lifetime,” Barbosa said.

He told students there was something he wanted them to do.

“With this award, when you go home, I want you to hang it up and hang it up somewhere where you can see it every day. I want it to serve as a reminder that you are great, truly,” Barbosa said. “You will need this from time to time, as life is a journey full of ups and downs. As you go throughout life, you’ll come across some who may doubt you, circumstances that may make you think it’s not possible… This reminder will help.”

But, he noted, this is also a time where students will begin to slowly form their adult identities.

He also acknowledged their parents.

“Your kids are here today because of the principles that you have instilled in them,” Barbosa told parents.

He left the students with one last statement: “I am you, I was you, dream big, you can do whatever you put your mind to.”

Certificates and medals were given out to award recipients Wednesday. Teachers who nominated the students read speeches that highlighted the growth they have seen in their students.

The following students were recognized with 2019 Ray Dube Awards: