School dean was disciplined in California

Former lawyer was accused of taking money from law clients 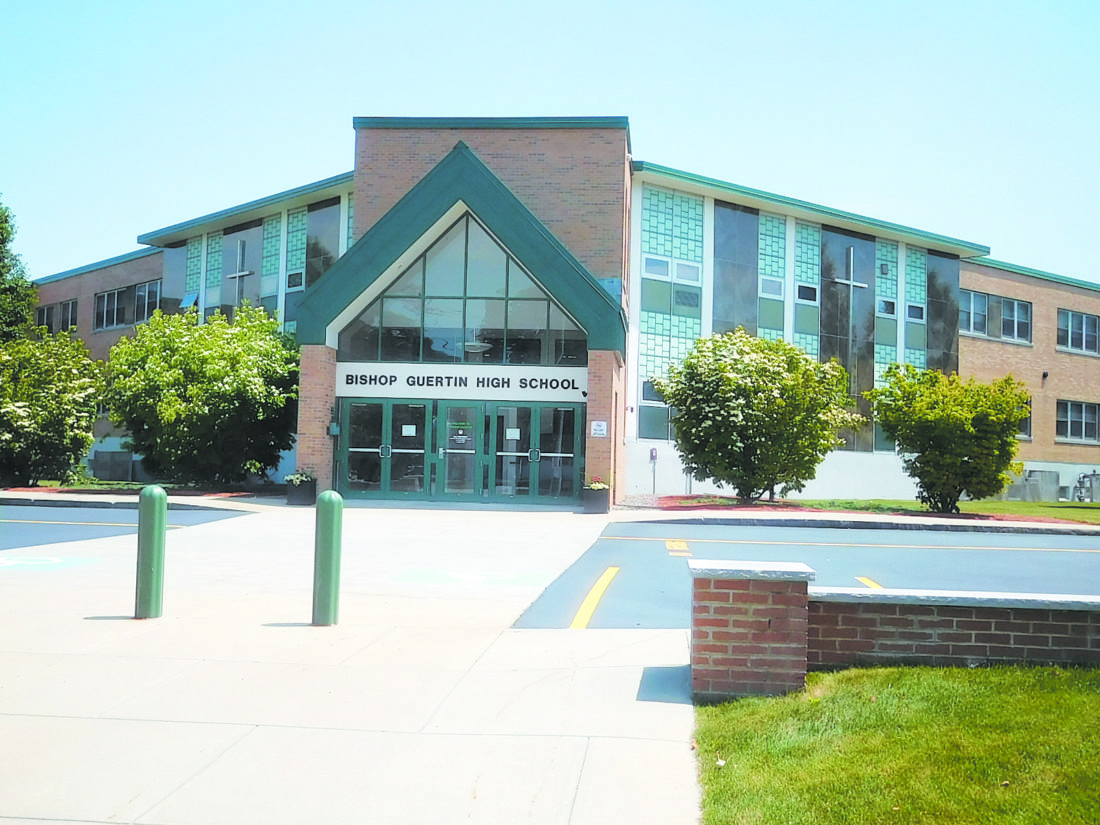 File photo Nashua police said there will be no charges after a sexting investigation at Bishop Guertin High School.

NASHUA – A long-time teacher and coach at Bishop Guertin High School, Dean of Student Formation Mark Phillips, is a former California attorney who allegedly took money from clients without performing services, according to records obtained by The Telegraph.

Before moving to Nashua, Phillips practiced law after graduating from Pepperdine Law School, which is located in the coastal Los Angeles suburb of Malibu, according to a report from the California Bar Association. The report states Phillips was suspended after he admitted to taking money from clients and then not performing legal duties, according to a report from the association.

“The discipline was the result of improperly withdrawing from employment, failing to perform legal services competently, promptly refund unearned fees or communicate with clients, and committing acts of moral turpitude,” the report document states.

Phillips was first suspended by the California Bar in 1996, when he was 34, though the suspension was stayed and he was placed on probation. Part of the probation deal was that Phillips had to pay back more than $16,000 to 13 different people.

According to the report, Phillips ran into financial difficulty and failed to appear in court, resulting in lost cases and bench warrants for some of his clients.

“Some clients lost their causes as a result of his misconduct. In almost every case, even when he performed some work initially, Phillips stopped communicating with his clients. His phone was disconnected and clients were unable to reach him,” the report states.

In December 2000, the California Bar Association reports Phillips failed to make any restitution part of the 1996 order. His license was then suspended for one year, and he was ordered to again make restitution. In September 2001, Phillips resigned from the bar and is currently prohibited from practicing law in California. His resignation is listed as coming with charges of misconduct pending, according to the documents obtained by The Telegraph.

As of Tuesday evening, Phillips was listed as the Social Studies department chair, and the dean of student formation for grades 11 and 12.

The news about Phillips comes as police in Nashua have announced there will be no charges after an investigation of sexting at the high school. Lt. Robert Page said between 10 and 20 Bishop Guertin students were sharing nude photos of each other on their cell phones earlier this year. Page said police will not bring charges in this case.

“The purpose of the law is to protect children from being exploited through child pornography, not to protect them from making poor decisions,” Page said.

Since none of the images were shared outside the group, Page said police will destroy all of the images on the phones rather than prosecute the teens. The students and their parents gave permission for police to search the phones, and the images will be sent to the National Center for Missing and Exploited Children. Page said if any of the images show up online, law enforcement will be able to track them first to Nashua through the Center’s collection efforts.

Bishop Guertin, and the Roman Catholic religious order that operates the school, The Brothers of the Sacred Heart, has a history of sexual abuse issues. Earlier this year, a former student, Larissa Troy, filed a lawsuit alleging she had been sexually assaulted by Brother Shawn McEnany.