Sharks officially swim away from FCBL for NECBL 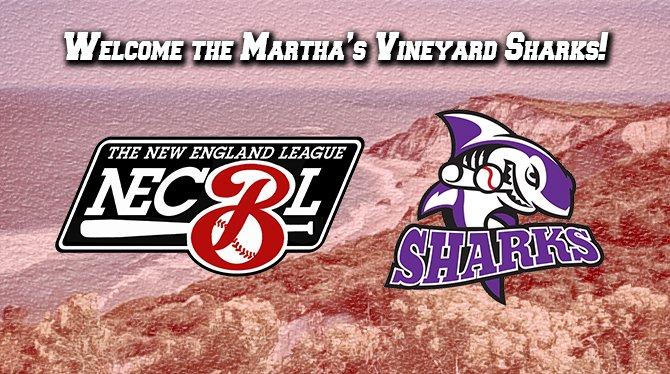 It appears it will be a straight one-for-one swap on the 2019 Futures Collegiate Baseball League.

The New England Collegiate Baseball League announced Saturday morning that the Martha’s Vineyard Sharks, who were in court disupte with the FCBL over their future, are joining the older league, giving the NECBL 13 teams. It appears for the second straight year, the FCBL will go with just seven.

It’s not known whether a settlement was reached between the league the MV, or if there was a ruling in favor of the team. Either way, the Sharks, one of the league’s original four teams, are swimming elsewhere.

In fact, with the folding a couple of years ago of Torrington, the extended hiatus of Seacoast, and this move, the Nashua Silver Knights are the only remaining active Core Four franchise.

“The New England League is excited to include another scenc New England community to our League that reaches every corner of New England,” NECBL Commissioner Sean McGrath said in a statement. “…We are also confident in the Sharks ability to recruit a high caliber of college student-athletes from around the country in order to compete. … On the diamond, the Sharks have continued to rais their baseball profile and we are confident they are prepared to compete in the New England League.”

“I’d like to thank the NECBL for welcoming the Martha’s Vineyard Sharks to the league for its historic 25th season of play,” Sharks GM Russ Curran said.

Acrimony between the Sharks and the FCBL came to a head, according to sources, when weather forced the league to cut short the 2018 title series and declare the Sharks and Worcester Bravehearts co-champions. The Sharks won the title outright in 2013.

Despite losing a team to a rival league, the sense has been among FCBL team owners and league officials that the FCBL will be better off without all the transportation costs and headaches of having teams go to and from the Vineyard.

Now that this is settled, it’s likely the FCBL schedule will be released sometime in the next week, in two weeks at the latest.