Madden, Cardinals come to play in 4-1 win over Bedford 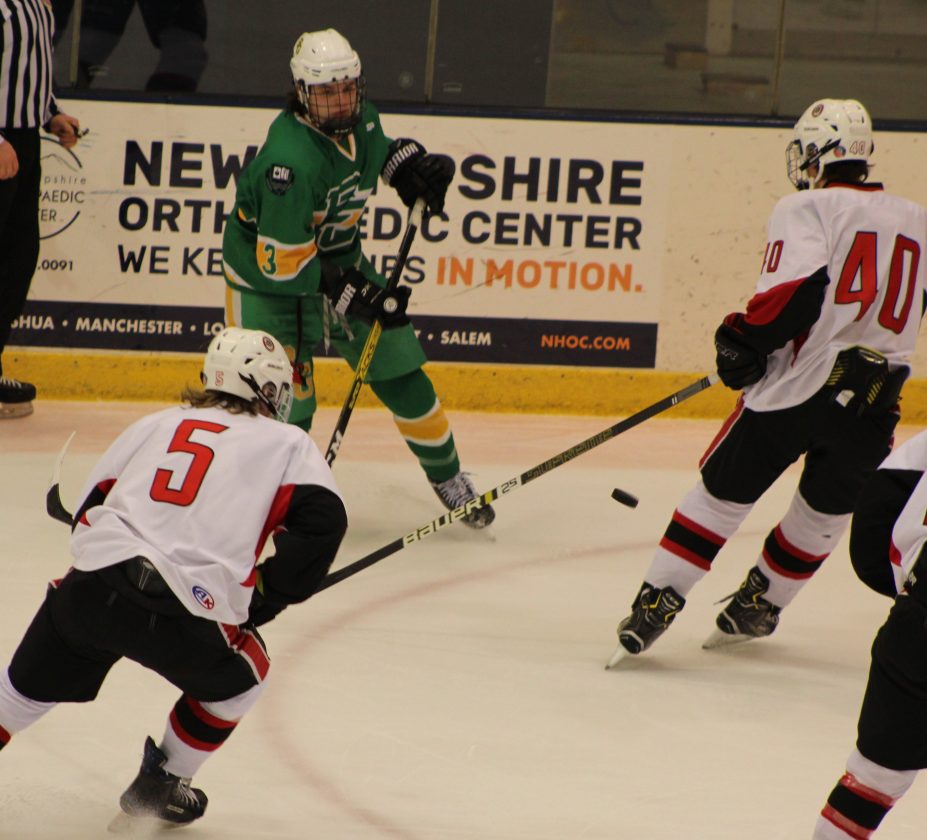 GOFFSTOWN – Patrick Madden came to play on Wednesday night, and so did the rest of his Bishop Guertin High School teammates.

And why not? A Divison I boys hockey showdown with rival Bedford is a game to get up for. Madden responded with two goals and two assists in a 4-1 Cardinals win at Saint Anselm’s Sullivan Arena.

“We came to play for sure,” Madden said. “We practiced all week, we came into this with our head strong, we stayed disciplined. I was feeling it. The boys got me going, got everyone else going.”

“I think BG was up for this game, they beat us to pucks the entire game,” Bedford coach Marty Myers said.

As good as the Cardinals looked in the opening period, it was the second period when they took control with two goals to snap a 1-1 tie.

“That was us,” Bishop said. “We had the wrong people on the ice at the wrong time. Shame on us.”

Not to worry for the Cards, who got 18 saves from goalie Chris Sullivan. Avery Abbott got the go-ahead goal with an assist from Madden and Sean Kelley just 2:52 into the middle stanza.

Then, about 10 minutes later, Madden got his second assist on Mike Schaaf’s power play goal that made it a 3-1 game.

“We didn’t let up,” Madden said. “We wanted it all the way. We put (Bedford’s game-tying goal) behind us right away, and went 0-0 into the second.”

It didn’t help Bedford that it went 0 for 5 on the power play. Bulldogs netminder Shea Guilmont had 22 stops.

“We were hoping to come into the second period with a little more enthusiasm than we did in the first period,” Myers said. “But being down two goals against a team that’s playing the way they’re playing, unfortunately we just didn’t have it tonight.”

“Our penalty kill has been working great all year long,” Bishop said. “We can throw six guys out there and they all do a great job.”

Guertin appeared to dominate the opening period, taking a 1-0 lead on Madden’s goal, with an assist from Matt Zeichick, at 3: 57.

However, the Bulldogs got the equalizer with 23.1 seconds left in the period, Owen Roberto getting a rebound with the net wide open after a Sullivan save. He didn’t miss, and the game went into the first break all even at 1.

To no one’s surprise, Madded added a second goal, an empty net shorthanded tally at 12:07 of the third to ice things.

“We’re playing well,” Bishop said. “We roll three lines regularly and the fourth line got out there for a few shifts. Got to to with numbers.”

And Wednesday, the numbers were almost all in BG’s favor.