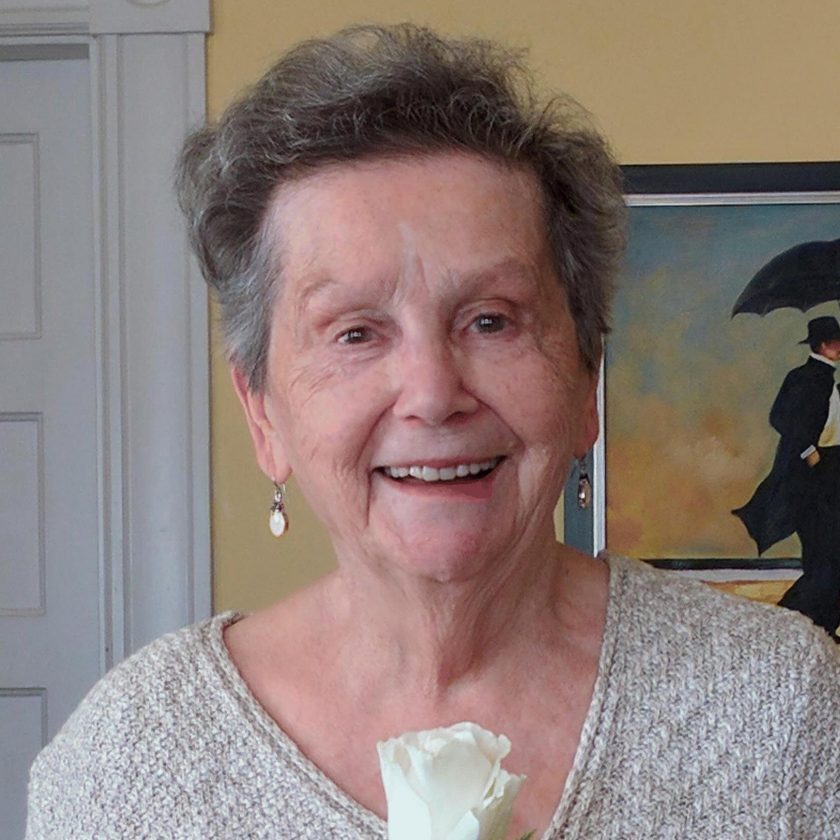 Lorraine Patricia Lamothe Russo was born in Nashua, NH on January 20th, 1935 to Cecile Desrochers. She spent several weeks at Moore Hospital in Goffstown, NH and was soon adopted by her biological Aunt and Uncle Anita and Phillip Lamothe. Her parents doted on her and she was the center of their world. She was an incredibly gifted child in dance, she played the piano and the accordion, and always excelled in school. Her father was an avid Gardner and a caring, compassionate man. Her mother was progressive for her time and attended Rivier College for administration and worked at St Joseph’s hospital.

Lorraine attended Plymouth State College for teaching and then she met her husband Pietro Russo, an immigrant from Naples, Italy, who she was teaching to speak english. They were married for 21 years and had three children, Philip Vincent Russo in 1957-2006, Vincent Peter Russo in 1959-1994 and Anita Carmela Russo in 1964. Lorraine went back to school at Rivier College to finish her Bachelors in Sociology when Anita began grade school and went on to get her master’s degree in Business Administration at Antioch College when her daughter went to High School.

She was the Director of Social Services at the Hillsborough County Nursing Home for 19 years when she decided to take a risk and start her own business caring for people in a homey environment and she established The Villager, an assisted living facility, in downtown Goffstown, NH in 1986.

Lorraine was a powerful force and an incredibly compassionate person who would take people in who needed care or meals. She was a lover of animals and always made sure that people’s pets were also welcome at the Villager. Her daughter worked at the Villager for a short time as an aide and her grandson, Christopher Kelliher, grew up at the Villager spending afternoons after school and sleepovers with friends. He and his Grandmother who he called “Gig” had a very special bond. He worked there in the summers as he grew up. He attended Goffstown High School and even did an internship at the Villager during his college years at Loyola University.

When he graduated college, he went on to work with his grandmother to learn the business from her and see if it was his passion. They worked very closely together from 2012 until her retirement in 2018. Lorraine remained at the Villager until her passing on January 9th, 2020.

Lorraine was a powerful, strong, independent woman, who also had a flair for interior design. She was loved by many and respected by all. She leaves behind her daughter, Anita O’Brien and her husband Michael O’Brien, her grandchild, Christopher Joseph Kelliher and his fiancee Kim Bourgoin., her ex-husband Pietro Russo, many friends, most importantly Polly Martel, Linda and Bill Coker, Maryellen and an incredible legacy of how to ensure seniors are treated with respect in a loving, caring and home environment.

Lorraine Russo, my mother was a force and she will be greatly missed but her legacy will live on.

A service will be held at St Lawrence in Goffstown, NH on Wednesday January 15th at 10:00AM followed by a celebration of her life at the Partridge Lane clubhouse at Medvil. In lieu of sending flowers please make a donation to the Manchester Animal Rescue League or reach out to a senior in your neighborhood, talk to them, shovel their driveway, bring them a meal or just show a little care and compassion.

For more information or to sign an online guestbook please visit www.frenchandrising.com.