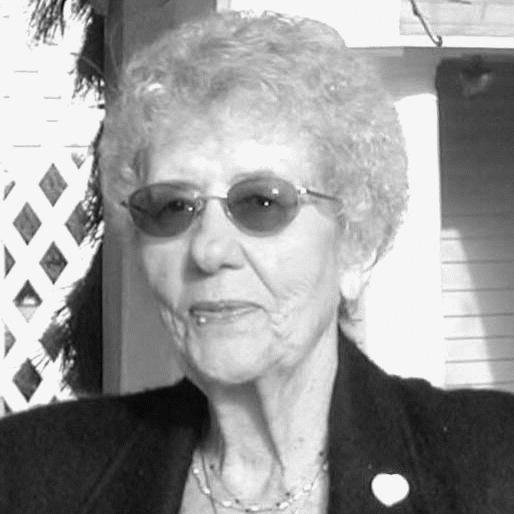 Mel was born in Nashua on December 4, 1926, the daughter of the late Justin Lapin and Marcella (Antoncik) Lapin. She was a lifelong resident and attended Nashua schools. After studying a business curriculum and graduating from Nashaua High School (Class of ’45), Mel was employed by Improved Machinery Corp., where she developed lifelong friendships and eventually became executive secretary to the president of the company, working there until her early retirement in 1981.

Her entire life, Mel was an active participant in her community and was a devout parishioner of St. Casimir Catholic Church and later, St. Joseph and St. Louis de Gonzague Churches. Mel loved a nice party and was known for adding an element of merriment to an event, whether it be a costume, handmade centerpiece, song, poem, or specially prepared dish. Born to immigrant Lithuanian parents, Mel spoke their native language and was proud of her heritage, always sharing her cultural traditions joyfully with family and friends.

While Mel never married, she was a beloved “aunt” to many and lit up when children were in the room. She was an independent career woman who enjoyed a full, purposeful and often exciting life. Her innate curiosity led her to many countries around the world, often to ski their alps, and those around her never tired of hearing a new story of one of her many adventures. Having a keen interest in plants, the summer months would often find Mel either in the garden or swimming and playing Scrabble at her dear friend Ludy’s pool. Her other interests included singing, crafting, cooking and sharing recipes, and walking. A child of The Great Depression, Mel learned the benefits of frugality yet was extremely generous and thoughtful with others. She was pensive, self-sacrificing, resilient, steady, gentle, and calm. Mel will be fondly remembered for her good deeds, the random acts of beauty she often committed, and for always being willing to lend a helping hand.

Nieces Lisa, Carol and Mary Ann wish to pay a special tribute to their Aunt Mel for her selflessness in helping to raise them from a young age and for leaving them a magnificent lasting legacy of love, strength, spirituality and togetherness.

SERVICES: The Lapin family will receive friends at St. Louis de Gonzague Church, 48 W. Hollis St., Nashua, on Saturday, January 11, 2020, from 9:30AM until 10AM, followed by a Mass of Christian Burial to be celebrated there at the church. A luncheon reception will follow.

To view Melvina’s online tribute, send condolences to the family, or for more information, visit www.csnh.com.