Parents, police struggle to herd the young in virus outbreak

Teen: “I can’t stay here all day. What about my friends!?”

Parent: “Are you kidding? This is serious!”

The adolescent brain is definitely in play as authorities around the globe struggle to keep young people from gathering, while parents fret at home about what they’re up to as the coronavirus spreads.

“It’s like herding chickens,” said Southampton, New York, mom Anastasia Gavalas, with five of her own who range from 13 to 21.

She spoke Tuesday, just two days into school closings that could last for weeks.

“They feel well and the weather has been nice so they think they can go and do anything. If they can climb over locked gates and play ball in the park, they will. If there’s one store that’s remained open, they’ll find it and go in. No matter how much I ask, they’re getting out and doing something,” Gavalas said.

Rachel Busman, a child and adolescent psychologist with the Child Mind Institute in New York, said the still-developing adolescent brain can exhibit those traits and more, only now teens with thoughts of invincibility can potentially do real harm to themselves and others.

For most people, the coronavirus causes only mild or moderate symptoms, such as fever and cough. For some, especially older adults and people with existing health problems, it can cause more severe illness, including pneumonia. The vast majority of people recover.

Some teens are skipping over the reality that they’re potential carriers.

What’s a parent to do? Especially those of highly mobile older teens used to far greater freedoms than virus restrictions allow, including college kids whose schools have gone to remote learning or remain on spring break.

“If you start the conversation with, ‘You can’t do that,’ you’re probably going to be met with, ‘Oh yes I can, I’m an adult’ kind of thing,'” Busman said. “The first step is validate. Let your teen know you get it, even if you don’t fully understand.”

In Europe and elsewhere, authorities have stepped in.

Belgian media reported roughly 300 people attended a rave in the Luxembourg Province town of Tenneville last Saturday. Police and federal agents swooped in and broke it up.

In France, teens who defy a lockdown on nonessential trips out could cost their parents fines of $40 to $150. All residents must fill out a form documenting why they’ve left their homes during the 15-day period. Hanging out with friends is not considered a valid reason.

Just as spring weather arrived in Germany, with schools, clubs and concert halls closed, “corona” parties have surfaced despite restrictions. In addition, police dispersed young people from several parks across Berlin on Tuesday, according to local media.

“It is not reasonable to invite a big party at home or other celebrations with many people,” said Lars Schaade, the deputy head of Germany’s public health agency.

Groups of teens have been congregating in cafes elsewhere in Europe.

Asked about the problem of roving young people, U.S. President Donald Trump joined the chorus Wednesday of those noting “they’re feeling invincible,” and sternly urged them to “heed the advice” to take care.

His coronavirus coordinator, Deborah Birx, warned of “concerning reports” out of France and Italy that young people have become seriously ill from COVID-19.

Some parents are doing what they can.

In Williston, Vermont, Ann Schmidt said her 17-year-old son isn’t one to sit around the house. He’s a soccer player and skier, but his soccer center has shut down along with the slopes.

“He’s been tooling around in his car, visiting friends. It’s very hard,” she said. “Taking away his physical activity is having a dramatic impact. I’m trying to be as empathetic as possible while keeping him safe.”

Schmidt sent him to a store with a credit card to buy an Xbox so at least he can play FIFA online.

In Manhattan, mom Alina Adams is holding her own with her three, ages 13, 16 and a 20-year-old home since his college closed.

“I’m being completely hands off because I know that the minute I suggest they do anything, they’ll be instantly against it,” she said. “My 13-year-old daughter has been making plenty of TikToks.” 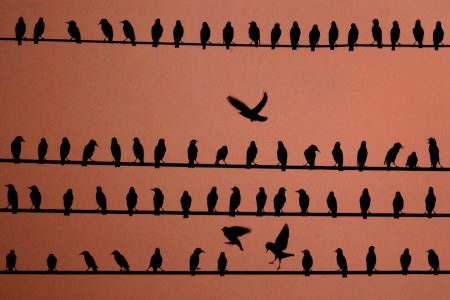