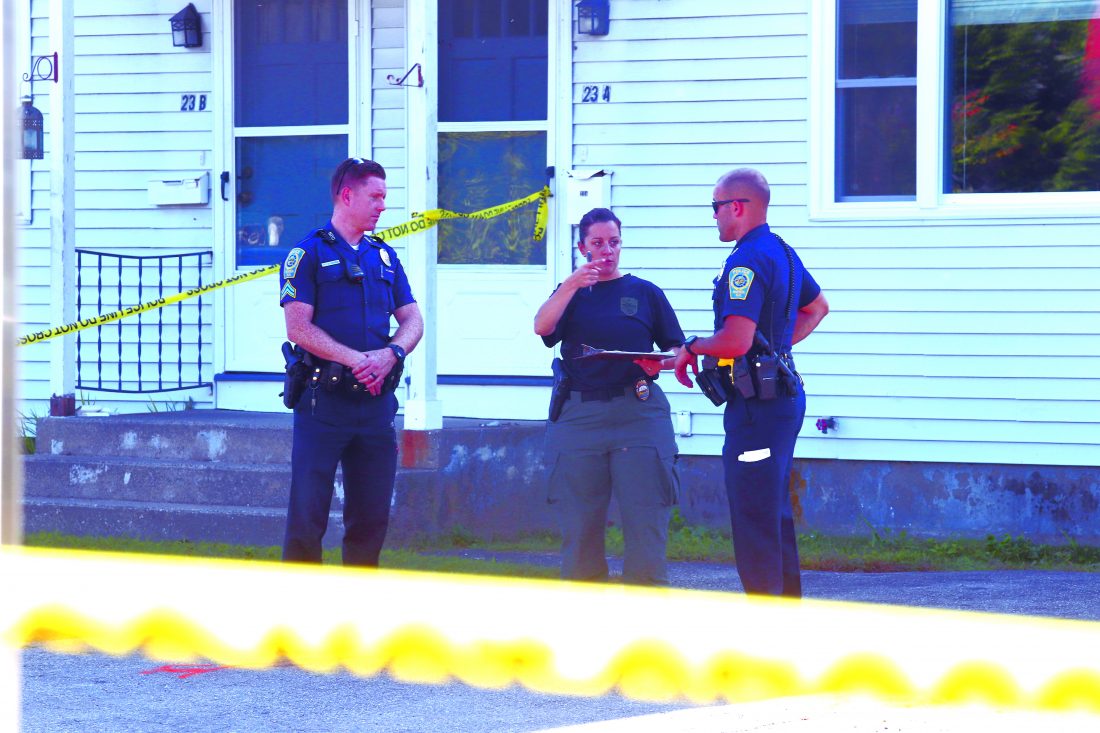 The Friday news release from New Hampshire Attorney General Gordon MacDonald said that Case had been hospitalized for his chest wounds and survived. Officials said the Hillsborough County Attorney’s Office has charged Case with a criminal threatening count related to the allegations he faces from the incident, which began during the evening of Sept. 19.

Nashua Police Chief Michael Carignan was pleased by Friday’s news, adding that he believes the extensive training his officers receive proved to be a factor in the outcome.

“I think in instances like this, that training pays dividends for everyone,” Carignan said.

According to the narrative provided by MacDonald, Nashua officers responded to 21 Hunt St. at 10:27 p.m. Sept. 19 regarding a complaint of criminal threatening. A man told officers that another man, who officers eventually determined to be Case, allegedly made threats to him earlier in the evening. The complainant alleged that Case brandished a long-barreled firearm in a threatening manner.

When the officers arrived at 21 Hunt St., they allegedly found case holding the long gun. Case allegedly refused to exit the residence or relinquish the firearm. Instead, officers said he approached the side door of the home while still holding the firearm. The officers then backed away from the residence, while additional officers were called to the scene in order to establish a perimeter around the area.

Police alleged that at 12:26 a.m. Sept. 20, Case opened the door while holding the long-barreled firearm. The AG’s office states that during the ensuing encounter, Nashua officer Matthew Foss fired one non-lethal beanbag round, striking Case in his upper abdomen.

Almost simultaneously, Colangelo fired one round from his patrol rifle, striking Case in his chest. Case was hospitalized for his chest wounds and survived.

Officials said no one else fired a shot during the confrontation, while no one else sustained physical injuries.

Authorities later discovered Case’s firearm was an air rifle, consistent in appearance with an actual rifle.

Carignan said unfortunately on the night of the incident, the neighbors were placed in a harrowing situation, as were the officers.

Carignan said he believes Colangelo was placed on paid administrative leave for at least a week after the shooting to recover from the mentally and emotional stress.