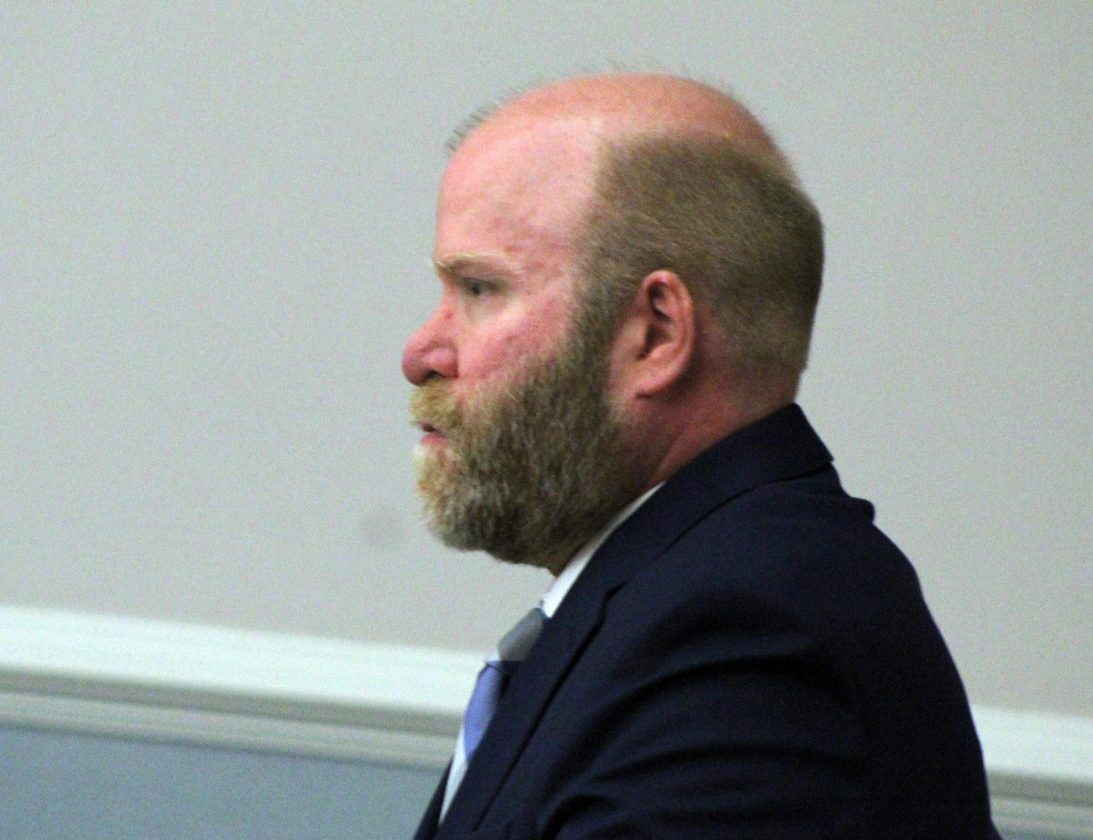 Telegraph photo by DEAN SHALHOUP Jeffrey Heaps, on trial for theft and forgery charges, listens to the proceedings at the start of trial on Tuesday. Closing arguments are set for Thursday morning.

NASHUA – While the attorneys in the theft and forgery trial of former motorcycle shop manager Jeffrey Heaps began considering their closing arguments late Wednesday afternoon, the judge hearing the trial had begun pondering whether to allow Heaps’ lawyer to play audio witness testimony for jurors during his argument.

In supporting his plan, Fricano told Judge Charles Temple that whether he quotes a witness or the jury hears the quote in the witness’ own voice “amounts to the same thing.”

Temple, who said he believes it is the first time he’s heard an attorney make such a request, agreed to take the matter under advisement, and deliver his ruling before the start of this morning’s proceedings, which are scheduled for 10 a.m. in Hillsborough County Superior Court-South.

Heaps, 42, of 14 Auburn St., Nashua, faces two counts of theft and one count of forgery, accusing him of stealing funds and forging documents to “purposely defraud” the former Second Wind BMW motorcycle dealership.

The indictments against Heaps charge him with allegedly committing the offenses during a period of time from March 1 to Sept. 30, 2016, while he worked at the dealership as its parts manager.

Testimony began Tuesday morning with the attorneys’ opening statements, and by early Wednesday afternoon, both sides had rested their cases after calling a series of witnesses – the last of whom was Heaps himself.

Once the closing arguments take place, Temple will give the jury of nine women and five men, including the alternates, their final instructions, after which they will begin their deliberations.

Merrimack police arrested Heaps in August 2017 after a nearly year-long investigation into allegations by a Second Wind BMW owner that Heaps forged a return order, and had been selling the shop’s GPS units on his own eBay account.

But according to Fricano, the shop owners, Darrell and Sandra Faulkenberry, who were in the process of selling the shop, falsely accused Heaps of the offenses because Heaps had informed the prospective buyers of the business’s dire financial situation.