ON THE OTHER HAND: Patriots capture 6th Super Bowl win 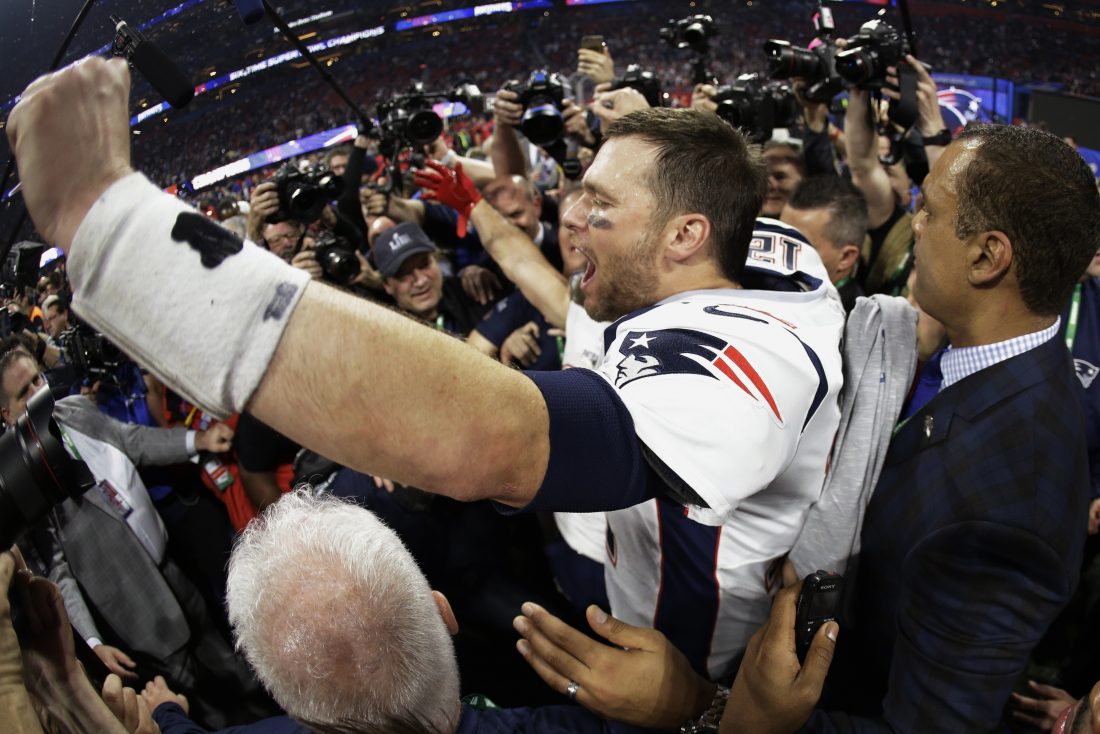 It’s the dead of winter, and all of New England will be celebrating like it’s the Fourth of July after the New England Patriots closed out the Los Angeles Rams, 13-3, to capture Super Bowl LIII Sunday night in front of 70,081 people at Mercedes-Benz Stadium.

While this Super Bowl was won in typical New England fashion – a tight game down-to-the-wire – no one expected it to be 3-3 entering the final quarter. Not with these two offenses, especially the Rams’ high-powered attack. Los Angeles was outgained 407-260 yards and the Patriots incredibly kept the Rams out of the end zone. The Patriots now join the Pittsburgh Steelers as the only two teams with six Super Bowl championships.

“We’ve been this far and lost, which is really tough,” Patriots quarterback Tom Brady, who was 21 of 35 for 262 yard but no TDs and a QB rating of just 71.4. “We had a lot of resolve the last couple of weeks. I can’t believe it. Super Bowl champs.”

“I’m so happy for my teammates,” Brady added. “This is a dream come true for all of us.”

Rookie Sony Michel’s 2-yard TD run helped give the Patriots a 10-3 lead with exactly seven minutes left in the game, and Stephen Gostkowski’s 41-yard field goal clinched it with 1:12 left.

Michel’s TD capped off a five play, 69-yard drive that was highlighted by a 29-yard pass from Brady to tight end Rob Gronkowski to the 2.

“This is surreal, unbelievable,” said Gronkowski, whom many feel will retire before next season. “Tom threw it to me, and I had to make a play. … He knows to trust me and throw that ball, and I’m going to grab it.”

“We played together as a team, and we won this game as a team,” Gronkowski added. “This whole year was the biggest team win, biggest team Super Bowl that I’ve ever been a part of.”

Patriots receiver Julian Edelman, who missed last year’s Super Bowl loss to Philadelphia due to knee surgery, was named the Super Bowl MVP with 10 catches for 141 yards. Seven of those for 93 yards was in the first half, after which the Patriots led 3-0.

“It wasn’t pretty,” Edelman said, “but I’ll take an ugly win any day.”

Some might say the real star of this one was a unit – the New England Patriots defense.

The Patriots pressured Rams quarterback Jared Goff (19 of 39 for 229 yards) all game, and when Stephon Gilmore picked off a Goff play at the New England 3 yard line with 4:29 left, it basically spelled the end for the Rams. Just prior to that play, Duron Harmon broke up a pass to L.A.’s Brandin Cooks in the end zone.

Later, the Patriots then got a 26 yard runs by Michel and fellow running back Rex Burkhead that led to a clinching, clock-killing drive of nine plays, 72 yards and chewed 3:05 off the clock. Gostkowski finished it off with his 41-yard boot.

In the first half, after dominating yardage and time of possession for a quarter, the Patriots finally got on the board when Gostkowski booted a 42-yard field goal for a 3-0 lead with 10:29 left in the first half. They took that lead into the break.

The irony was the Patriots outgained the Rams 122-29 in the first quarter and had nothing to show for it with three drives into Rams territory. Their first two possessions ended in a deflected interception by the Rams Corey Littleton, and the second resulted in a missed (wide left) field goal attempt. The third drive stalled.

For the half, it was 195-57 in yardage. Any Patriot fan would have taken that.

The Rams finally got things untracked when Greg Zuerlein ended a 10-play, 53-yard drive by sneaking a 53-yard field goal through the uprights to tie the game at 3 with 2:11 left in the third quarter. It was the first 50-plus yard field goal made in the Super Bowl in 15 years.

But even then, the Rams blew a chance to put the ball in the end zone as Jason McCourty came from nowhere to break up Goff’s pass to a wide open Cooks, and Goff was sacked by Dont’a Hightower on third down.

“We play well together, and we did that tonight,” Hightower said.

Guerlein missed a 48 yard field goal attempt with five seconds left, and that was that.

“Everybody counted us out from the beginning of the season, to mid season,” Belichick said during the Lombardi trophy ceremony, “but we’re still here.”