After being laid off from his IT job in 2001, Ravi Singh decided to open Global Flavors, the south Nashua market specializing in Indian foods and spices.

The restaurant, a no-frills grab-and-go spot, specializes in the street fare of the various regions of India and offers quick and authentic ethnic eats at a price comparable to Wendy’s or Subway.

“Being from north India and having a Punjabi heritage, we love to eat out; we love street food,” Singh said. “So this kind of food, when you need it quickly, you can come here and grab it, just like back home.”

In addition to plates common to most Indian restaurants, which tend to hail from the Punjabi state and offer north Indian food, Kurry Masala Express brings to the table a range of south Indian delicacies.

“The response from the public is tremendous,” he said. “We are quite happy with that. Without any publicity, without any advertisement. It’s mainly because we’ve already built up traffic for the grocery store.”

Singh said the Indian community is happy that they now can score typical street fare without having to leave the state.

“They said it was well-deserved for Nashuans,” Singh said. “They are happy to have a place where they can do the grocery shopping and grab their grub as well.”

Kurry Masala Express aims to always have different items on the menu.

“We have to surprise them and please them with something different every day,” Singh said.

He said he can offer a meal for nearly half the cost of a sit-down restaurant. The restaurant also draws from the goods available at Global Flavors.

Mickey Makkar, Singh’s older brother, designs the menu each morning with co-worker Arif Marecar. Makkar, 60, used to operate the Indian Village restaurant in the old Lamplighter Square, which closed in 2003.

Makkar said the menu mixture separates the business from other Indian food establishments in the city.

The employees at Kurry Masala Express and Global Flavors also are diverse, originating from the north and south of India, in addition to Brazil, Bhutan, Nepal, Morocco and the U.S.

This is represented in their religious backgrounds as well – Hindu, Christian, Muslim, Sikh and Buddhist.

Makkar and Singh belong to the Sikh faith, which doesn’t serve meat, though this isn’t reflected in their cuisine.

In addition to vegetarian and vegan options, one can order a full range of meat here, with offerings such as chicken tikka masala, goat curry and kathi rolls.

Marecar, who hails from the former French Indian colony of Pondicherry, pointed out that the restaurant doesn’t have a refrigerator or freezer.

“Morning comes, fresh food,” he said. “Run out, that’s it. That’s the main key – everything fresh.”

Marecar’s mainstay is the dosa, a south Indian crepe-like dish made of rice batter and lentils. The dosa itself is a large, paper-thin saucer wrapped around seasoned potato or some other filling and served with coconut chutney and sambar, a savory soup delving into the full cosmology of Indian spices.

The dosa is vegan and gluten-free and is available for about $6, similar to the rest of the dishes at Kurry Masala Express. 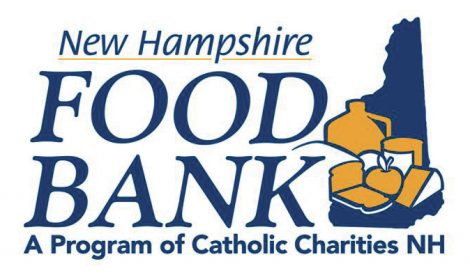