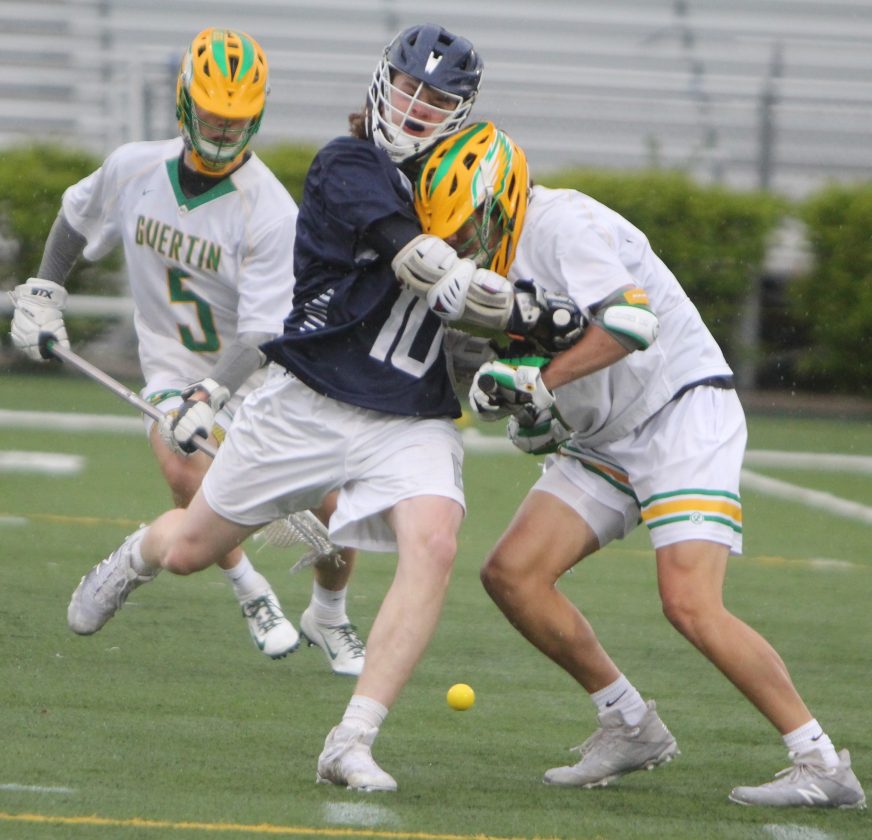 Maybe the Blue Hawks should have kept going, because it never seemed like they really arrived as they were pasted by a confident Bishop Guertin team 16-7 in soggy conditions.

And it wasn’t that close. Guertin led 10-0 at the half and extended the margin to 12-0 before things eventually evened out a bit.

Usually, no one is shocked by the 11-2 Cardinals beating an in-state opponent other than Pinkerton by that margin. But given the fact the Blue Hawks (9-4) had only lost to the Astros in-state, and by a 10-9 score no less, this one was expected to be much closer.

“We’ve been playing better, and I couldn’t really tell until we played a quality opponent,” Guertin coach Chris Cameron said. “Our kids were really looking forward to this game. So we played well, but they made it easy for us.”

Cameron was kind compared to the opinion of Blue Hawks coach Gerry Holly.

“I’m not exactly sure what team showed up today,” he said. “But that was not a team that I’m proud of in any way in terms of their effort. Just really sloppy and not ready to play in any aspect. …

“This was the worst I’ve seen an Exeter team play in quite a while. They had no compete, no stick skills, no focus.”

And no chance. Guertin got four goals on the day from Sean Cameron (plus two assists), as well as three each by Ben Abladian and Dawson Clark. Joey Lupo had a pair and single tallies were by Aidan Ahern, Alex Koutsos, Chris Kiely and Declan Wilkie.

“We were just very patient on offense, and we were balanced on offense, which is what we needed this year,” Cameron said. “We did everything right. The final score didn’t really reflect (their domination).”

Cameron, his team now winners of four straight since the loss to Xaverian, liked the transition game and the fact the Cards only turned the ball over three times in the first half. BG starting netminder James Heitmiller was on his game with eight stops – most in the first half – before he exited after three periods. The Blue Hawks were burdened by a ton of first half turnovers.

“You throw the ball away, and our goalie’s making saves,” Cameron said. “They were throwing the ball away all day long.”

And that didn’t help Blue Hawks junior goalie Henry Vogt, who made a name for himself last month with 23 saves vs. Pinkerton. “He’s a very good goalie, but we were just getting high quality shots,” Cameron said.

Exeter finally broke through with 2:48 left in the third and ended up being led by three goals by Hayden Lechner, two by Wyatt Carr and single scores from Connor Flanagan and Jake Mantell.

But most of that scoring was against the Cardinal reserves.

“We were focused on good shots,” said Cameron, whose team has a huge game vs. Massachusetts power B.C. High on Wednesday. “We’re in great shape right now.”

And, unlike Exeter, going in the right direction.