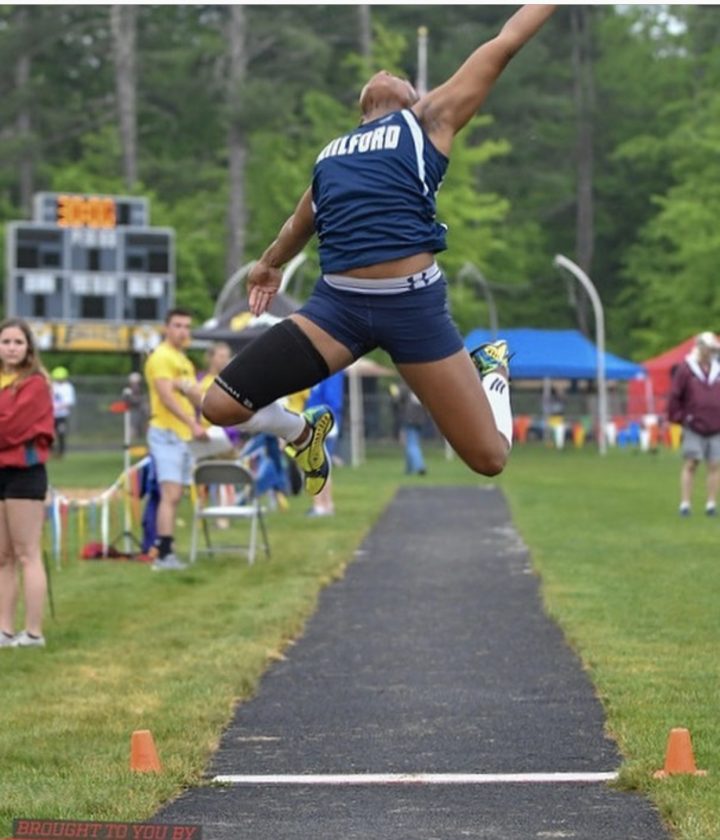 Of all the pains incurred by injury to a high school athlete, one stands out most … Loneliness.

“It’s not the physical, it’s the mental part,” said Milford High sprint sensation Viankah Williams. “Pushing through on your own each day? That’s the hard part.”

“More than anything I miss my teammates, running with them, talking with them,” Coffin said. “Being alone in the gym, doing all the work, it’s just so tough on you.”

If things were right in the world, both Coffin and Williams would be shredding opponents indoors in their respective track gigs. As accomplished already as most any track athlete in this region’s rich history, their potential on the track is basically limitless, if they can stay healthy.

And therein lies the drag this winter and for the senior Williams, throughout her high school career basically.

Neither of the girls has competed this winter as they pay the price in rehab and physical therapy, doing anything they can to rebuild their bodies while playing counselor to their teammates, who do their best to hold things together without their superstar.

“I go to practice every day and try to make as many meets as I can,” said Williams, whose role as a leader and inspiration to track athletes was noted in the fall by Spartan classmate and fellow long-jumper Victor Garcia.

“She’s amazing,” said Garcia. “I’ve learned so much from her.”

Williams’ work is clearly paying off. Garcia leaped 20-7.5 indoors recently at the Dartmouth Relays, an eye-popping effort for him.

But Williams is intenta on finally getting those hamstrings right.

If you were keeping score at home, in three-plus years of indoor and outdoor track, Williams has won six state titles, weaving those performances around an ungodly eight hamstring pulls.

But it was the most recent flareup this past December where the frustration came to a boil.

“We really needed a better plan,” said Williams. “My hamstrings were weak, and I needed to work on strengthening my hips and glutes around them.”

Williams, whose dad Vince carries some blue-chip bloodlines having played football with Hall of Famer and family friend Curtis Martin at the University of Pittsburgh, sought out a new specialist and began the long road back almost immediately.

There are days now, in the dead of winter, where the legs feel better and she dreams about pushing an early return. Her body needs time.

“My health comes first,” said Williams, whose stirring anchor run in the 4×200 in last winter’s states is still marveled about in track circles.

“I’m not coming back at 60 percent indoors. I’d rather have a grand comeback outdoors.”

That discipline shows amazing poise and forethought from a teenager. But Williams is just too well-schooled at handling adversity.

For Coffin, an upper leg injury had felt like more of a nuisance than anything else. But late in the fall cross country season, the Nashua South star had finally reached the breaking point.

“I had run with it for over a year,” Coffin said. “It didn’t hurt during the runs, but it hurt after.”

Coffin had the leg looked at and a problem was found, one that would require her to shut it down … right before states.

She was, of course, crushed. Weeks before, she had made ripples nationally with a 17:21.3 clocking for 5K, a performance that had Coffin among the top five runners nationally.

“It was pretty disappointing. I was running at the peak of the season,” said Coffin, who says she prefers cross country to track and field but is equally devastating in each.

The Granite State continues to richly flow with blue-chip girls distance runners. Look at Milford which produced Pitt’s Rebecca Durham last year and senior Lauren Robinson, who is a Division 1 commit to Alabama-Birmingham. There are the Robitaille girls at Manchester West.

And last year as a freshman, Coffin placed second behind Exeter senior Jacqueline Gaughan (now at Notre Dame) four times at states on the track, twice indoors and twice out.

This should be Coffin’s time, too. But she’s still got work to do first. After months of biking, elyptical work and aqua-jogging, she began running about 10 days ago. So far, so good.

“It feels good. I’ve run every day, and every day it feels a little better,” said Coffin, who tried track as a sixth-grader and discovered cross country a year later, only to be hooked on running for life. “I’m not sure about the indoor season, but I know I have to pay attention to it. I would love to come back. We’re taking it slow.”

What keeps Coffin and Williams going? How do they persevere?

The answer, of course, is the same drive that makes them so special athletically. But there’s more to it.

“I’ve been very humbled by this experience. I know when obstacles come up in the future, I’ll be more prepared for them because of this,” admitted Williams, whose list of potential colleges includes top choice UConn, Quinnipiac, URI, Stony Brook and Binghamton, all Division 1 programs.

The return, as Williams said, could be grand.

And as for Coffin, wow.

“The good thing about it is I’m only a sophomore, I’ve got too years left,” she said. “And being away and doing the work just really motivates me to be faster.”