Fall is in the air. School busses are everywhere. Children are back in their classrooms. It seems there is an article, or editorial, every few days about one educational topic or another. They cover English Language Learners, New Hampshire assessment results, the 5-year strategic plan, cell phones in the classrooms, social-emotional learning, and so on.

Three times recently, I have read newspaper articles wherein the Nashua superintendent has made it a point to blame “previous leadership” for what he sees as problems in the district. For example, “. . . these Nashua students have been deprived of an adequate education under previous leadership . . .” when discussing the complaint filed with the U.S. Department of Justice concerning English Language Learners. Or “We had a tremendous amount of chaos at the leadership level, and there wasn’t a real focus in terms of direction”, when discussing “Mosley’s 2019-24 strategic plan.”

This criticism of these people, who aren’t able to defend themselves, is extremely unprofessional conduct and serves no useful purpose. Also, it comes from the perspective of 2 years as a superintendent, versus the more than 30 years total experience of the previous two superintendents.

Additionally, this practice seems to fall well outside the intent of social emotional learning, as I understand it. If SEL is going to be successful, shouldn’t the administration be modeling it?

On a different level, this may be indicative of his lack of knowledge of, or appreciation for, the institutional history of the district. It seems that a quick look at that history tells a different story.

When Superintendent Conrad began in Nashua, his first job was to deal with a $3.3 million budgetary over-expenditure in the previous year which had been carried forward in the next year’s budget. It was a very difficult issue but Mr. Conrad and his leadership team, working with the board, found a way forward. His team also oversaw the re-writing of the district curriculum as well as aligning it across the grade levels.

In her brief time in the district, Superintendent Brown and her leadership team found a way to reallocate resources in a way that allowed the district to expand full-day kindergarten to the entire district. This was done in an attempt to help all children in the district establish a better educational foundation. Dr. Brown and her team also developed the concept and framework that allowed teachers to move to the proper step on the salary schedule, ultimately leading to the signing of a new teacher contract.

History aside, the real question for me is, what does the future hold for education in Nashua? After two years, and a couple mis-steps, the current administrative team has produced a 5-year strategic plan. Only time will tell if our students are receiving a better education after 5 years of the plan.

A recent article in the Telegraph discussed the results from the latest state assessments. These tests are used to measure student achievement and help determine if they are “on grade level”. The article focused primarily on the relatively low percentage of high school students across the state who had attained proficiency in the areas of math, language arts, and science. In math and science, fewer than 50% of the juniors showed proficiency, while in language arts the percentage was 64%.

In June of this year, the curriculum committee had a presentation on math and language proficiencies. Compared to the state figures, Nashua lagged behind the state averages in all but 5th grade math where our students were 1% above the state average.

There are people in the education community who object to these assessment results. They view them as “a single datapoint” and, as such, not indicative of the students’ capabilities. They prefer to measure success by how much “growth” a student has shown. It is interesting to me that the growth is often the difference between two of these supposedly unreliable data points.

I can understand why someone would prefer to report 95% success rather than 24%, but I believe, in the context of running a school district, they both provide useful data. With the detail that is available, this information can be used in a variety of ways to help those students who are behind get caught up and also point to ways to challenge students who are on grade level.

At the same time, we need to accept the fact that every student won’t be on grade level, but they should all be helped to do the best they can.

Perhaps none of this matters because at the all-staff meeting before the first day of school, the superintendent stated, “The debate of students as data points, and the whole child, we have been fighting this out and debating it for so long. And what is the exact answer to this question? Through the feedback we got . . . the debate is now over and I want this community to know, the public, and the faculty, we are not, moving forward, going to be focused on data points for our kids. We are not doing that. We, as a district, will be focused on the whole child and that is important.”

I was not aware it had to be one or the other. Neither did I realize part of the purpose of the strategic planning process was to end this “debate.” I have reviewed the strategic planning survey and don’t see any questions asking if I favor the whole child approach over having students reading and doing math on grade level.

According to page 7 of the executive summary the parents’ number one priority was, “Preparing students more effectively for college/their career”. It is hard to argue that a student who can’t read and do math on grade level is well-prepared for college

As far as I can see, the only measurable educational goal in the strategic plan is to increase graduation rates. The district has had a history of a number of Nashua graduates requiring remedial courses in language arts and math at the community college and UNH. I don’t have access to the latest data in this matter, so I asked the strategic planning committee if they had looked at that aspect. I didn’t get an answer. If post-secondary remediation is still a problem, increasing graduation rates might not be all that significant.

Another topic in the news lately has been English Language Learners. Based on the coverage, you might think this is something entirely new and a crisis for the district. Actually, there were nearly 500 ELL students in the district nineteen years ago. The number rose to about 800, eleven years ago and then to 1,200 two years ago. For years, the staffing level for this program seemed to keep pace until the recent increase in students.

The current Department of Justice complaint concerning ELL might have been avoided if, after seeing the numbers increase to 1,200 students two years ago, the administration had increased the ELL staffing last year. They had additional staff in their budget proposal but the mayor and aldermen didn’t give them as much money as they asked for.

There are times when difficult decisions, like reallocating resources, have to be made to address a problem. Apparently, the administration didn’t think this was one of those times because they recommended cutting the ELL positions to reconcile the district budget with the aldermanic-approved budget. According to the superintendent, “Under my administration, we have been making good strides.”

As regards the specifics of the strategic plan, there seem to be logistical problems with some of the goals. For example, there is a goal to; “Develop a matrix to measure student achievement based on student growth over time through the lens of the whole child with the addition of an Assistant Superintendent of Recruitment, Development, and Wellness, 10 social workers, and 4 school psychologists.” However, Appendix H of the Executive Summary shows the Assistant Superintendent being hired in the fall of 2020 but the social workers and psychologists are phased in, over 10 years, starting three years later, in 2023. How does that work?

Regarding this particular goal, the superintendent recently stated; “Adding 10 social workers in one year can be close to about $1.2, $ 1.3 million, just with health care costs. . .” In this year’s budget, those 10 positions would be budgeted at $500,000, without health care. In fact, the superintendent’s plan summary carries them at $600,000. Which is it? Details like this are important.

There is a goal in the strategic plan to implement a middle school alternative program for 15-20 students at a cost of $216,000.

There is a piece of the strategic plan to address the needs of 1,200 ELL students.

There are 11,000 students in the Nashua district. Based on the state assessment results discussed earlier, there are thousands of students who have not attained grade-level proficiency. I can’t find any specific goal that tells us how that will be improved.

The comment, “Because of budget cuts over the years, the attrition has devastated this district,” is not helpful, as well as being inaccurate and misleading. Looking at data back to 2008, the district budget has increased in every year. The increases were small some years, but there were no cuts. Also, ignored in this statement is the fact that over that same period, student enrollments have declined by about 1,500 students.

The administration seems to have a tendency to exaggerate or misrepresent a situation, blame someone else for the matter, then follow up with some sort of bold statement. In the past there have been “I will keep the district safe”, or “I will bring peace to the district.” The current statement, regarding ELL, is, “I am glad I am here to put a stop to it.”

Bold statements aren’t going to get us anywhere. Anecdotes, exaggerations, and misrepresentations do not form a solid basis for making sound decisions. What about the 11,000 students and their ability to read, write, and do math? That should be the primary focus of the district. Social emotional learning, whole child efforts, etc. can all help in that effort, but we can’t lose sight of the primary goal.

At the all-staff meeting, the superintendent announced; “We need to make sure that all of you continue to go north with your salaries. That’s what we’re going to do. All of you.”

Can we get a similar commitment for the students of Nashua? We need to consider all of them. We need to make sure that the proficiency of all students continues to move north, every year.

George Farrington is a former member and president of the Nashua School District Board of Education. 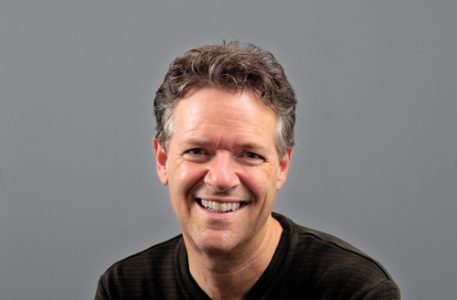 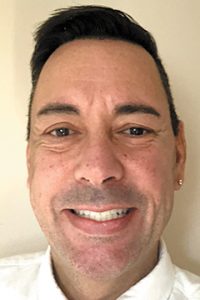