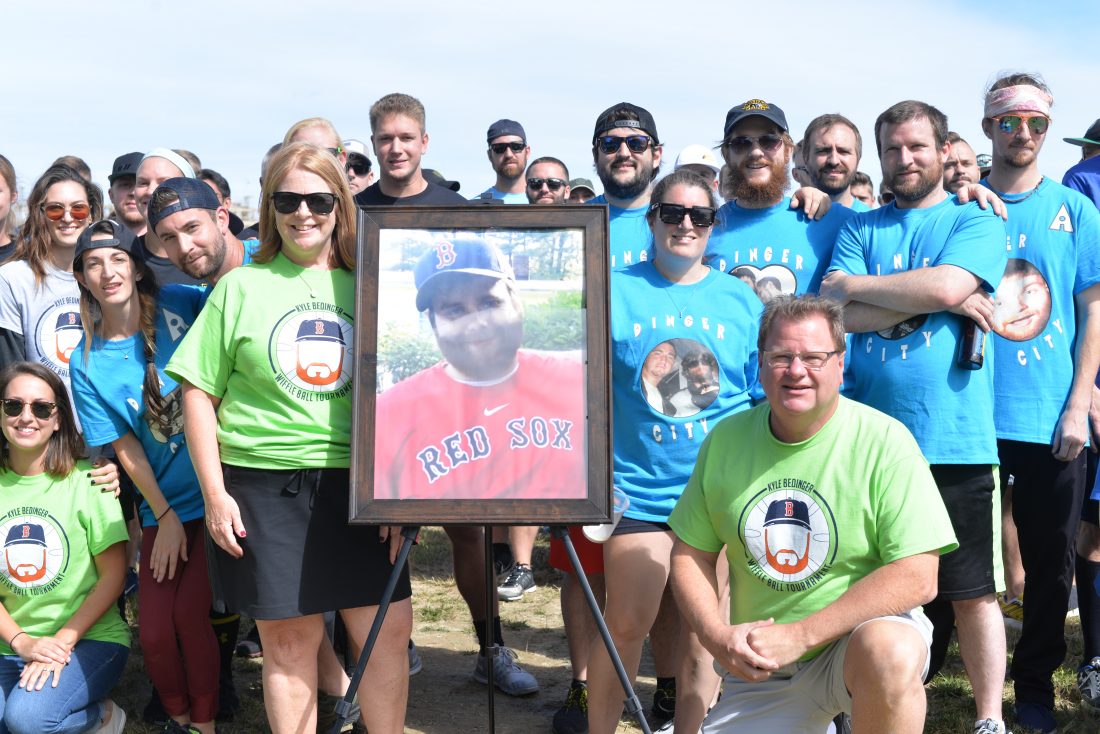 This all-day tournament raises money for Nashua youth, with about 48 games to be played on the Anheuser-Busch fields in Merrimack. The event has grown since its start, and is expanding to 22 teams, whereas last year, 16 participated. There will also be a home run derby, as well as a championship match.

“Kyle loved baseball, and he loved the ability to teach teamwork, hard work, and he loved working with young athletes,” his mother Patty Bedinger said. “We want to honor Kyle’s memory by supporting Nashua area youth and athletics.”

Kyle passed away unexpectedly at age 26 after suffering from a sudden illness on May 10, 2016. He was born on June 15, 1989 in Nashua to Paul and Patty Bedinger. Later, he got involved with the baseball and golf teams as a high school student at Nashua High School North, from which he graduated in 2007. He was a lifelong Nashua resident and former Little League coach. Additionally, he has a field named after him at Vietnam Veterans Memorial Park at 139 Ledge St.

Moreover, the memorial trust honors his memory by supporting Nashua area youth athletics wherever and whenever it can. Patty said all money raised goes toward Nashua youth, while funds recently aided in the purchase of a scoreboard at Robert H. Murray Field outside Holman Stadium. She said their goal is to do another big project in the future. They contributed about $16,000 toward that project.

This year, there will be food trucks available on-site, as well as various raffle prizes, including tickets to Boston Bruins and Boston Celtics games. In any event, Patty said this entire initiative is powered by their friends and friends of Kyle’s.

The all-day event begins at 9 a.m., although the first game is expected to begin around 9:45 a.m. From there, an opening ceremony will take place at 11:15 p.m. where remarks will be made. After that, the games will be in full swing.

More information on the Kyle Bedinger Memorial Trust is available online at, https://www.kylebedingermemorialtrust.com/.