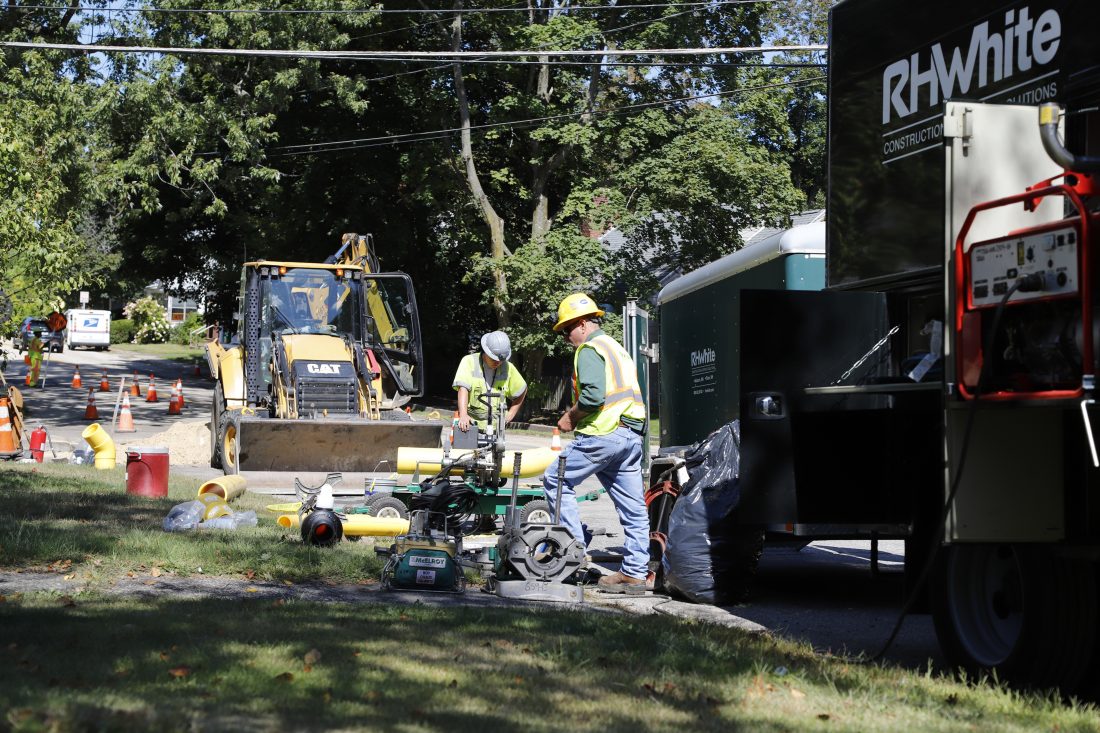 NASHUA – As temperatures start to cool and summer turns to fall, officials with the Nashua Division of Public Works hope the infrastructure work they have performed for the last six months will mitigate the harsh New Hampshire winter.

Whether it be paving roadways, repairing sidewalks, fixing depreciated sewer and water systems, city employees have been out on the streets, working to make improvements they hope members of the public will notice.

Friday, officials at the division spoke of success since last winter, as well as what they hope to accomplish by the time the departments have to turn to sanding and plowing snow off the roadways.

Lauren Byers, spokeswoman for the DPW, said officials have seen approximately 23 miles of roads and streets paved to this point in the year. Some of these areas also saw underground infrastructure repaired.

“We had many roads addressed, including some of our major throughways, such as Broad Street, Kinsley Street, Amherst Street, and some others.”

With many of the planned roads completed, Byers said public works officials still hope to address 7 more miles worth of streets, either completely or to the point that they will be ready for major snowfall.

“Before we get to plowing, we need to either appropriately prepare the surfaces so that people can drive over the streets and the plows can get through, or else finish up the project completely, if possible,” she said.

With the major streets – such as Amherst, Broad, and Kinsley – having been repaved, Byers said this work also addressed three roads that had persistent pothole issues.

With those roads paved and officials focusing more effort toward other potholes, it will give the division a chance to focus pothole repairs through the winter.

“We spent much time and energy repairing the potholes, and now that they have been fixed, we can hopefully get to potholes in other areas of the city this winter,” Byers said.

Along with all the paving and pothole repair, DPW also worked to repair cracked streets around the city that were not on this year’s paving schedule.

“We did about 30 miles of crack sealing,” Byers added. “It will help take care of roads that are already falling apart until we can take care of them in the future.”

The city’s streets also saw their fair share of sinkholes, which Byers said seemed to occur slightly more than usual this year. Some of those popping up on Manchester Street and two opened on Main Street, while there were a handful of smaller ones scattered through Nashua.

“We spent a lot of time and energy fixing sinkholes. We had some major ones – some were bigger than others,” she said.

While many of those sinkholes occurred because of deteriorating pipes underground, Byers said the city continued to make strides in repairing areas known to be aging.

“Our Engineering Department continues to reline the sewers,” she said. “The are making repairs to those that are in need of more than relining.”

With all the work done throughout the year, Byers said once winter arrives, residents and drivers making their way through Nashua should notice a difference in the quality of travel.

“I think people are going to start enjoying driving around our city once again,” she said.