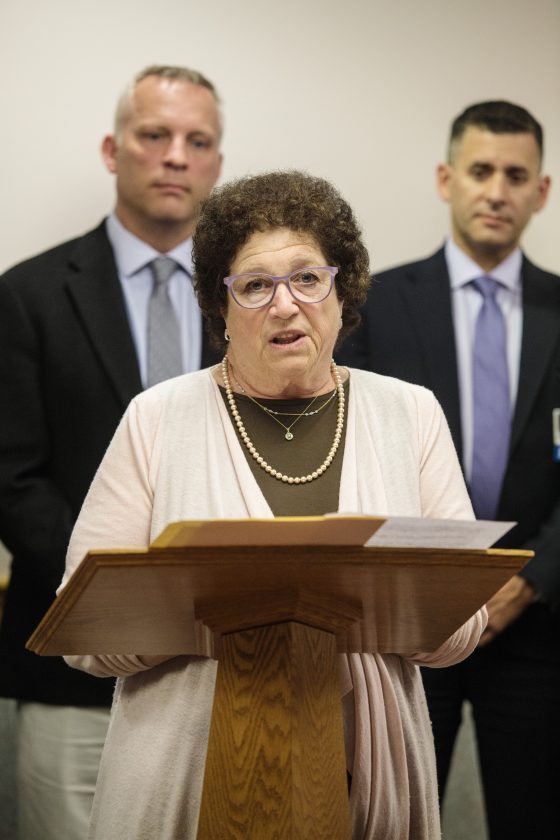 “I’m also very proud that Senate Democrats continue the successful Safe Station program, by including funding of $375,000 per year to support existing safe stations in Manchester and Nashua,” Rosenwald said during a Tuesday afternoon gathering at the Southern New Hampshire Health hospital.

“Right now in New Hampshire, every day there are dozen of people waiting in emergency rooms for access to mental health care. That ends with the Senate budget,” she added.

Gov. Chris Sununu on Friday said he is concerned about the budget Rosenwald and her Senate colleagues passed.

“I continue to have concerns with the Senate’s budget. Namely, the income tax, the increase to business taxes, and the $76 million structural deficit,” Sununu said. “I am hopeful the House and Senate can come together in a Committee of Conference to put forward a viable, balanced budget that does not raise taxes.”

For their part, Democrats continue to insist the budget does not contain “any new taxes.” Rosenwald said the budget takes steps to provide money toward Medicaid payment increases, as well as salary raises for those who work in the industry.

“Some of our hardest-working clinicians have not had a raise in a dozen years,” Rosenwald asserted.

“I look forward to continuing to shepherd this budget through the legislative process, working with my colleagues in the House and Gov. Sununu,” Rosenwald added.

Senate President Donna Soucy, D-Manchester, on Tuesday also touted the budget as one that will help Nashua.

“The Senate budget is equitable, prioritizes the issues that Granite Staters care about, and has big benefits for Nashua families,” Soucy said. “From providing revenue redistribution to municipalities to improving education funding, it’s a budget that works for everyone.”