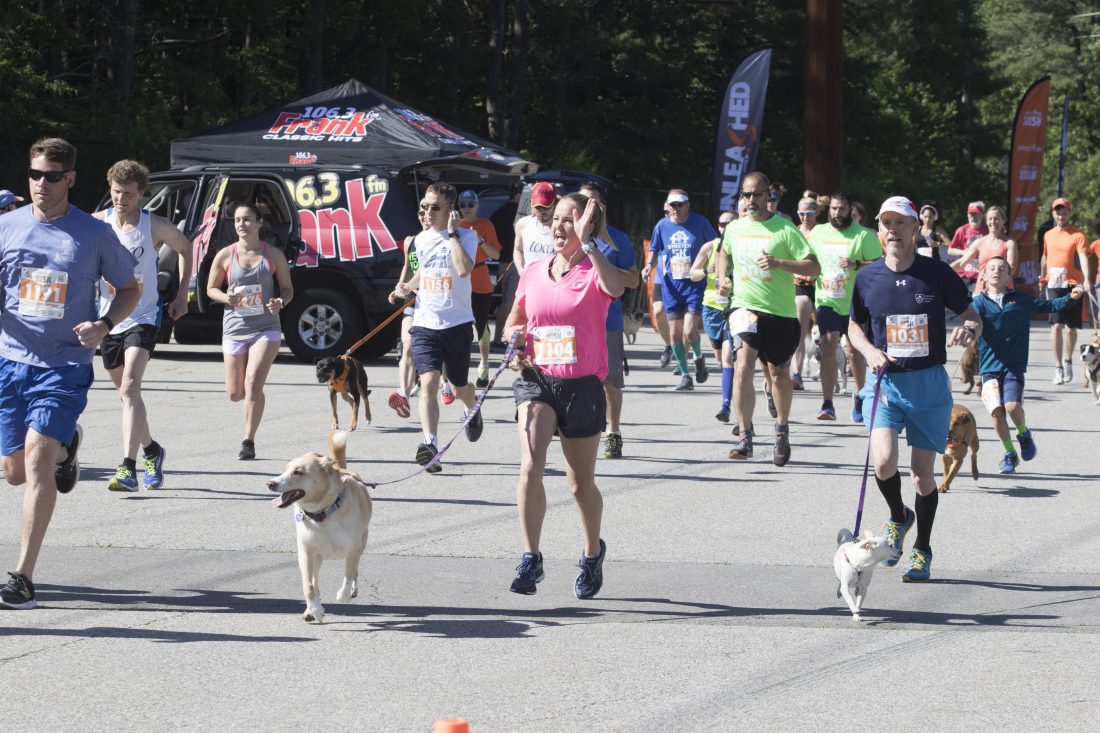 NASHUA – Over 500 athletes and 300 of their canine companions came from the surrounding communities and states and gathered outside Stellos Stadium early Saturday prior to taking off on a 3.1 mile jaunt during the 3rd Annual New England Dog Jog that was part road course and part trail run.

With breeds ranging from Poodles to pugs, and everything in between, those participating in the family friendly run simultaneously exercised and raised money for nonprofit organizations including the Humane Society of Greater Nashua, Animal Rescue League of New Hampshire and other local organizations.

“We’re out here because a lot of races don’t let you run with your dogs, we encourage it,” said Jake Dodge, director for the race, which was presented by SpotOn Virtual Smart Fence. Anything we do for the human we do for the dogs and then it all goes to benefit for local non-profits.”

With the unique aspect of allowing runners to race with their pet canines, many of the participants said that they were excited to go for a jog with their fur-coated friends, and while some were hoping to run at a pace under 25 minutes for the course, others said they were in running for fun.

“We both like to run, and this is a fun way to get exercise with your pet,” said Giselle Boulay who was running with her pet Charpie. Bouley and Charpie were one of many members of Kurgo running teams – which aims to get pet owners and their dogs out exercising. 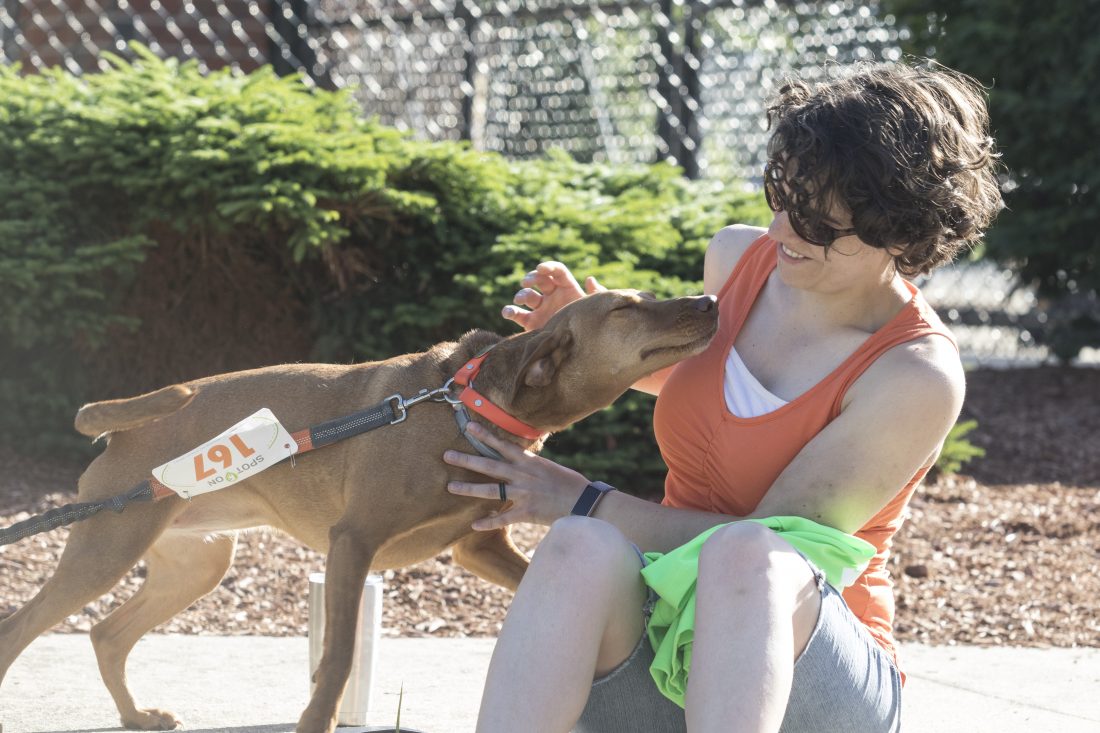 “We’re out here running for fun,” she added.

Other runners were participating in their very first dog jog, excited to see how they fared against the competition while enjoying a fun jog through Nashua.

“This is our first one,” said Meghan Larrat, who along with her dog Myer took on their first Dog Jog 5k, “he’s never done this before, I think he’s nervous.”

Larrat said that the 5k benefits not only the dogs, but their owners as well, as the event helps create a healthy bond between man and man’s best friend.

“I think it’s awesome because not only is it getting the dogs exercising,” Larrat said, “but it’s getting the people to exercise too and that’s important.” 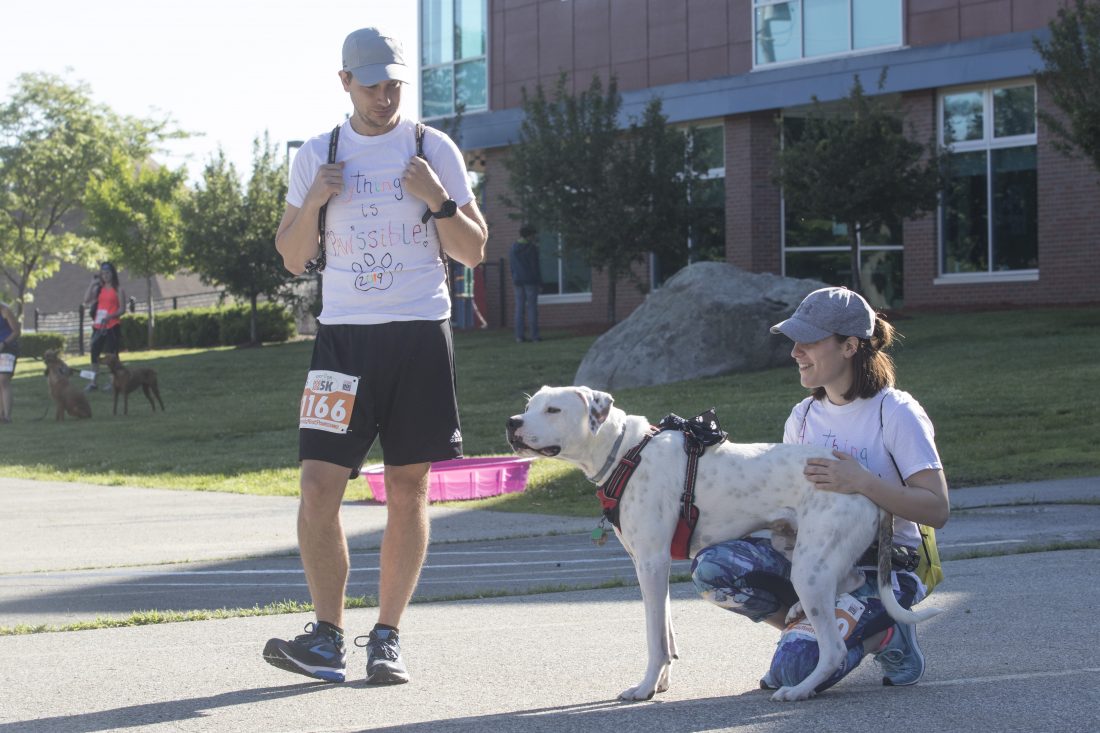 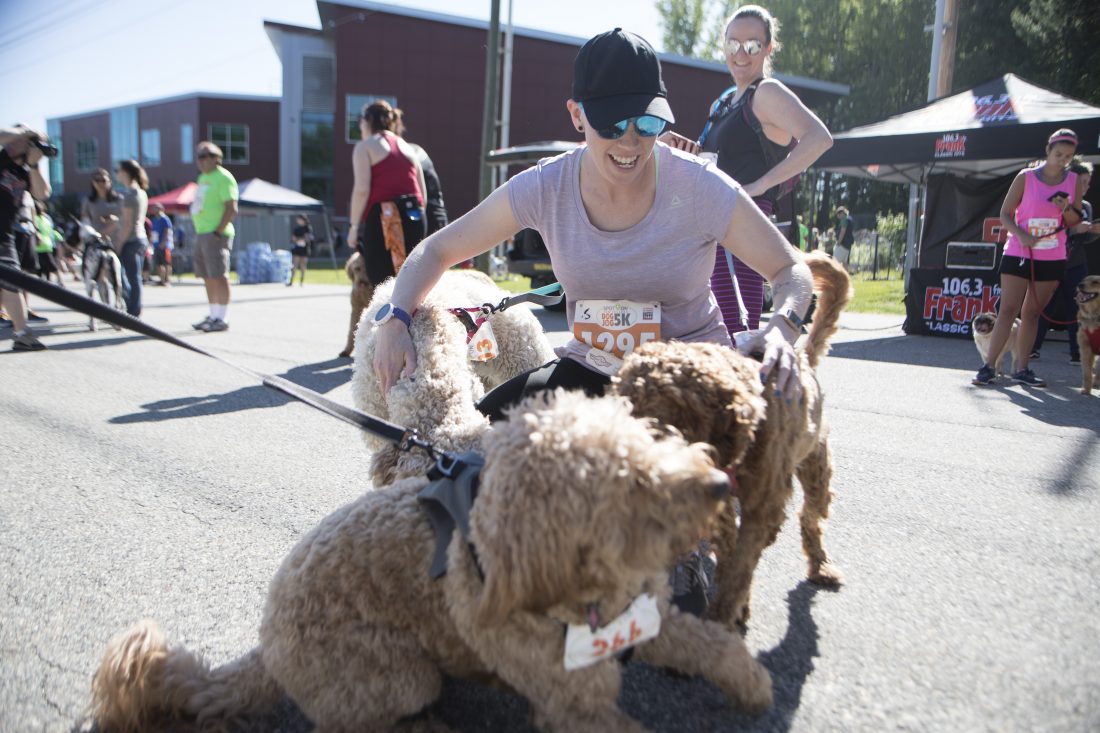 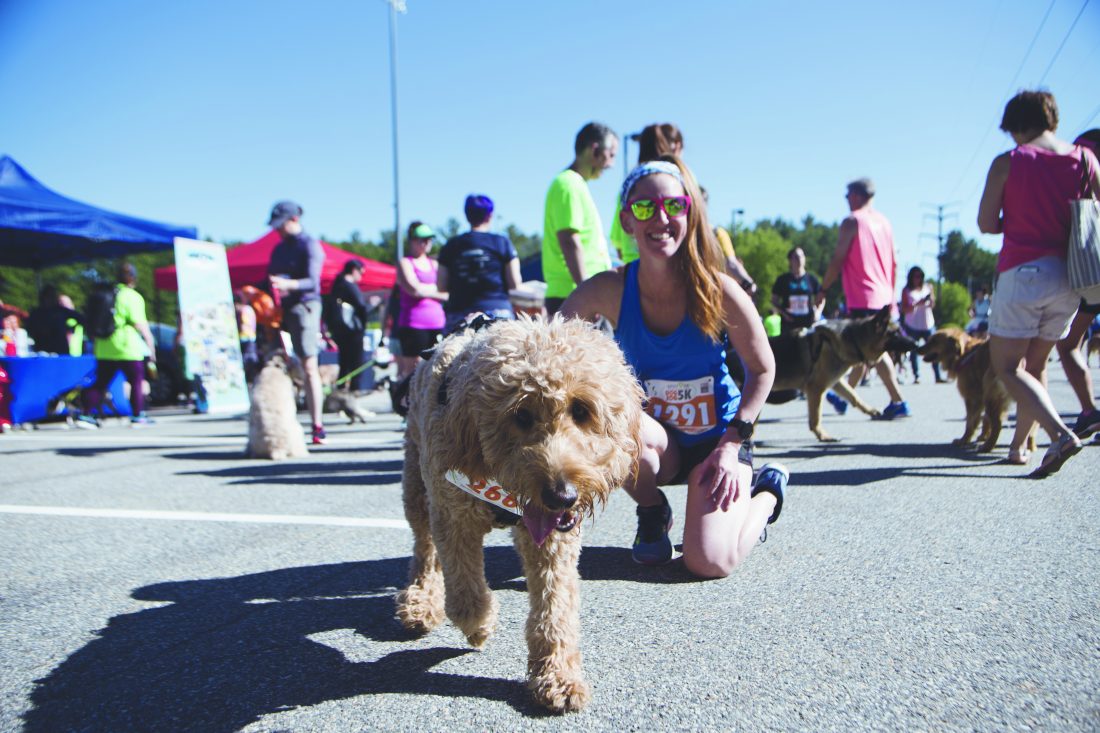 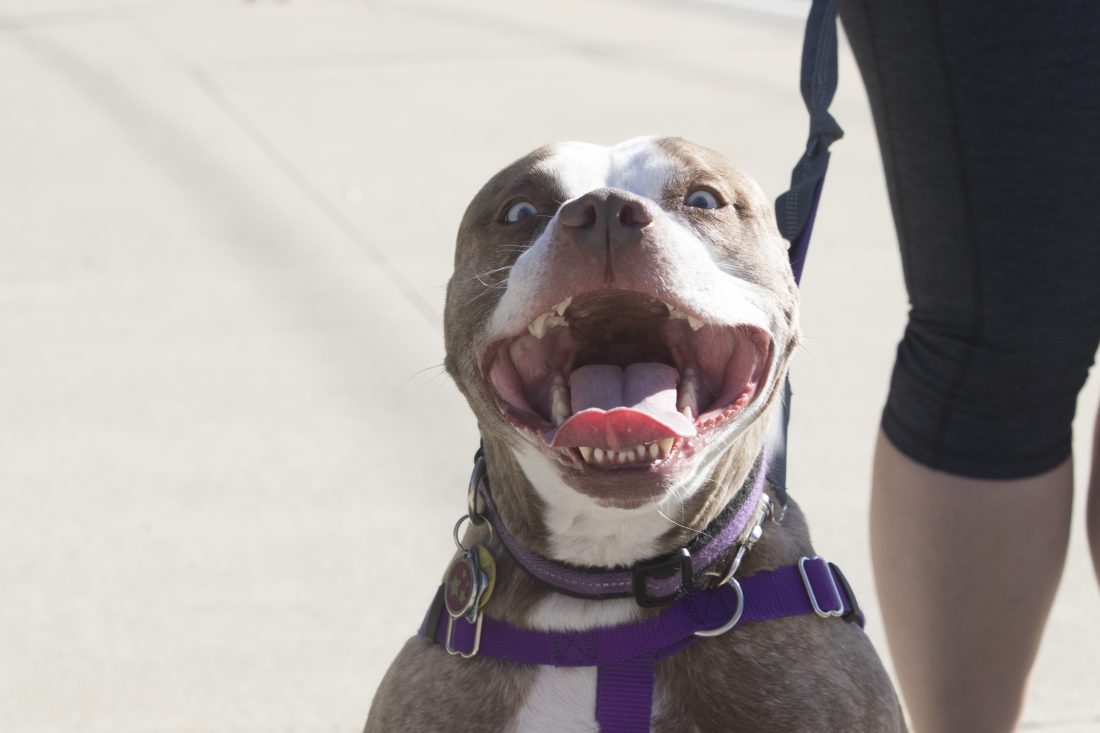 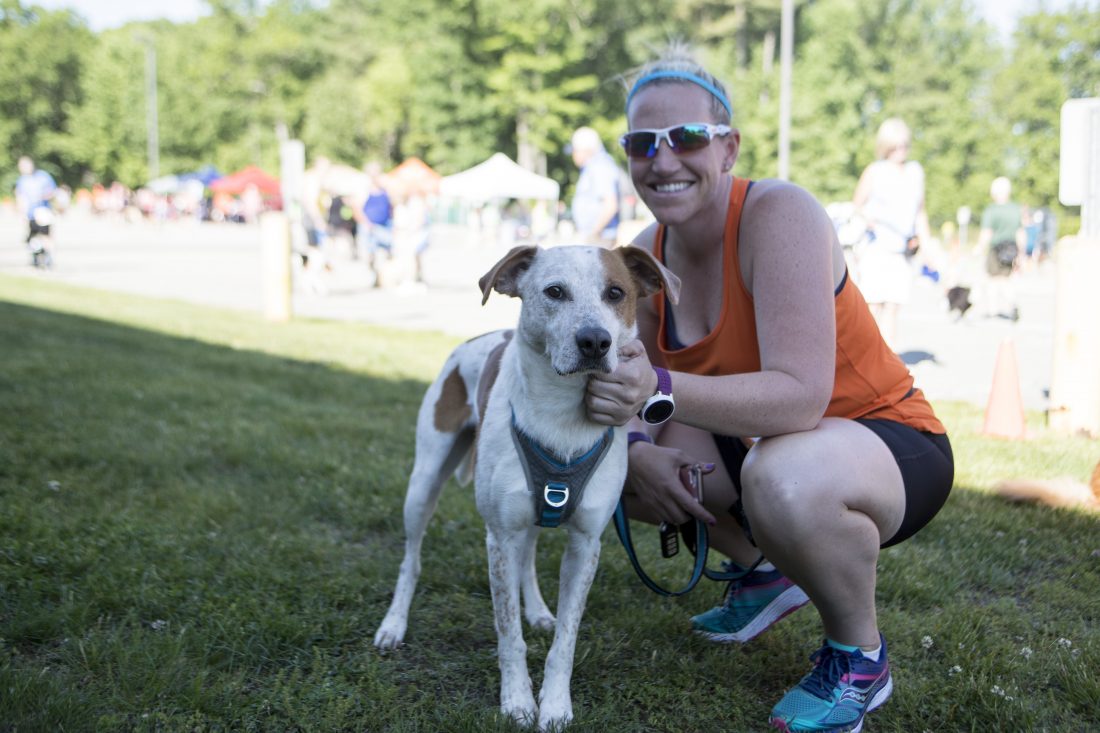 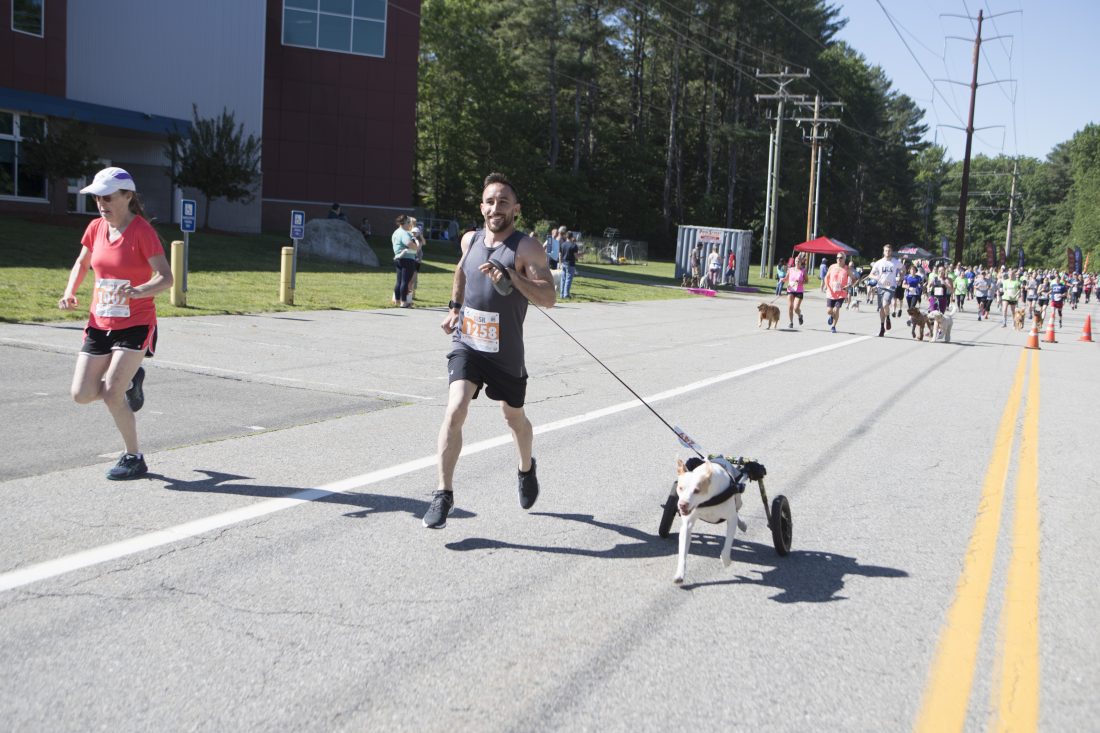 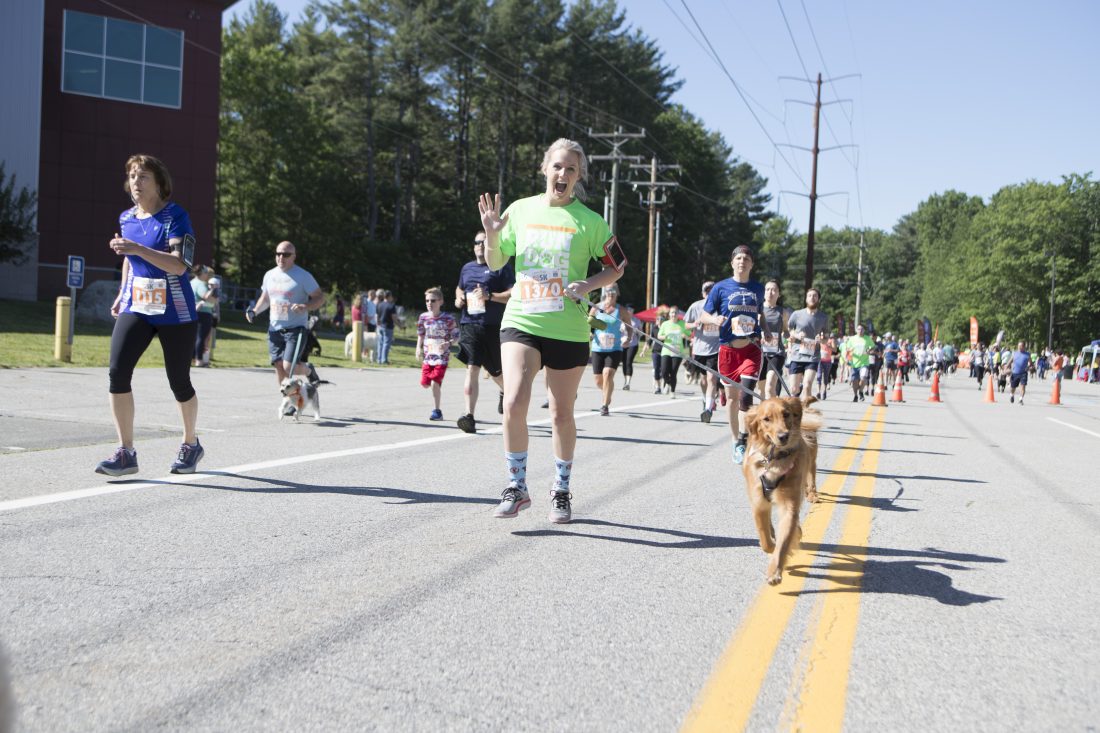 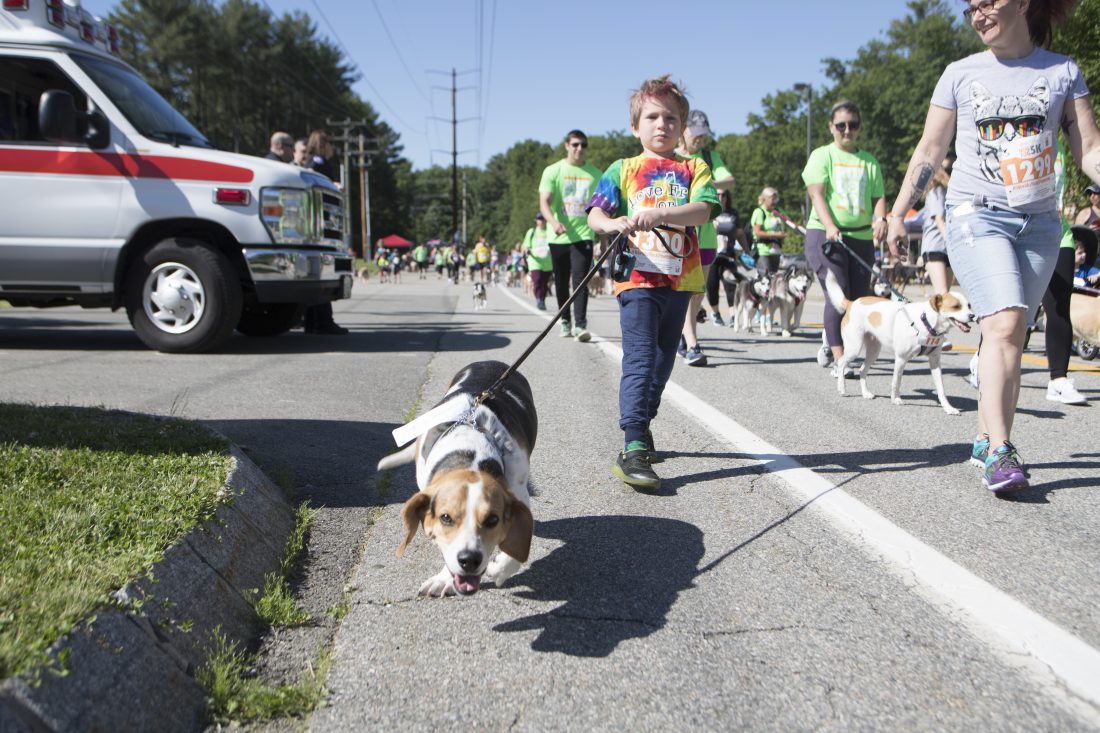