Looking Back: Superintendent reflects on two years in Nashua 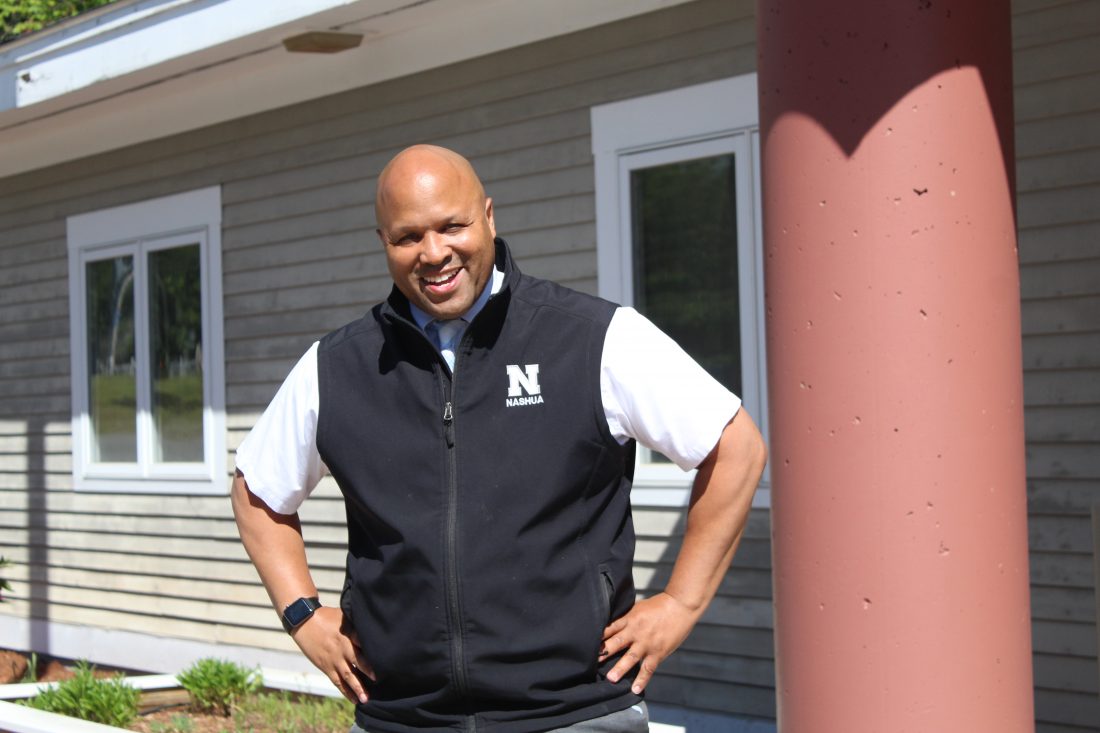 Telegraph photo by GRACE PECCI Nashua School District Superintendent Jahmal Mosley will soon complete his second year at the helm. He said he is proud of setting up four-year contracts for teachers and principals, two-year contracts for certain directors and helping to revamp the CTE programs, among other things. However, he said there is still much more to do.

NASHUA – When School District Superintendent Jahmal Mosley came to the Gate City in July 2017, he became Nashua’s third superintendent in as many years.

He admits that coming in, he found plenty of chaos – and acknowledges there are times when things still get a bit dicey.

“There’s been chaos, but understand that chaos will be met with me. It’s going to take some time, but we’re going to rise up like the phoenix,” Mosley vowed during a Friday interview with The Telegraph.

Nearing the end of his second year in Nashua, he said he’s still very excited.

“I got into this district because I wanted to make a difference in other people’s lives,” Mosley said. “I want to make a

difference on the world and the next generation.”

When Mosley arrived, there were a number of transitions and initiatives ongoing at all school levels. This included the high schools getting involved in the process of receiving accreditation from the New England Association of Schools and Colleges (NEASC), and a new Nashua Association of School Administrators and Supervisors agreement.

Mosley said he also arrived to:

• no contracts for teachers,

• a lack of direction on curriculum and assessment, and

• little direction about the overall, long-term view of the district.

“Part of that was really assessing the needs, and we certainly had a lot of needs. And we still have needs. We’re working on that,” Mosley said.

While there was a great deal of assessment to take place at a multitude of levels, Mosley said leadership, stability and predictability were the challenges.

One of the first things he said he did was he went out to the schools, talked to people and got out into the community, even if it was by going grocery shopping.

He made it his priority to make it to every school in the district by the time he was done with his first year to get to know each school in an effort to learn about its unique circumstances.

By getting a pulse of the community, it helped him see what was working and what wasn’t working, he said.

Aside from the schools, he visited Boys and Girls Clubs, went to different community events and local restaurants.

“Really, immersing myself in the community was essential,” Mosley said.

A second piece that was important, he said, was the community knowing his family, and understanding that he wasn’t just in Nashua for a job, but to also be a part of the community.

“I’m more than just a superintendent,” Mosley said. “I’m a community member, a taxpayer, a father, all of those things.”

He said he now wants to move forward with the community’s needs in mind. And one of those tactics to do so is the Strategic Plan, which will identify goals and strategies based on feedback to help keep students successful for the next five years. Some of the focus includes student engagement, community culture, stability and leadership.

“I will continue to push, advocate and fight for us to be the best we can be,” Mosley said. “To be the best is to be aware and understanding that we are in this together.”

And part of that is celebrating differences, Mosley said.

“We are who we are and we care about the whole child and whole person in everyone,” Mosley said. “Black, white, Asian-American, African-American, Indian biracial, multicultural, gay, lesbian, transgender. That’s who we are – that’s what we’re going to be. In all of those categories and above, this is their home. We’re not changing that.”

He also spoke of a shift in mindset.

“The mindset, the shift that I want to promote and continue to promote, is it’s not about me, it’s about the ‘we’ in this community,”he said.

And part of this not doing the work alone.

“That community includes tremendous support from Mayor (Jim) Donchess, the current Aldermen and former Aldermen who understand the needs of the district,” Mosley said.

Mosley said he arrived, the CTE program was in disarray, so some changes were made.

“We have, within two years, transformed the CTE program into what I would call a perennial powerhouse. Not only in the state, but I would challenge in the nation,” Mosley said.

The district has received out-of-state students and students from across the state visiting to tour. “They’re looking because we’re doing phenomenal things,” Mosley said.

During Mosley’s administration, officials have been able to get four-year contracts for teachers.

“That was a big contention,” Mosley said. He said some teachers had been stagnant in pay for years, and when they did get increments in terms of pay, it was insufficient.

“The four-year contract really was what I call a start to a good direction as to where our teachers should be,” Mosley said.

They also were able to settle four-year contracts with principals within the new association formed, and with secretaries.

He gives credit to school Chief Operating Officer Dan Donovan and Director of Human Resources Dana O’Gara for making sure the contracts were aligned.

“They go above and beyond and you don’t even know it,” Mosley said. “I can’t tell you how much time they put in, how much hard work, how much time away from their families.”

Mosley said Assistant Superintendents Garth McKinney and Donna Fitzpatrick also have spent time away from their families during Board of Education meetings, making sure everything is in order.

“Under my leadership, we’ve hired qualified people to come in and really move this district forward and provide stability,” Mosley said.

One of Mosley’s goals is to restore some of the positions that were cut or reduced in years prior to his arrival. He also wants to improve the full-day kindergarten program.

“We still need four more paraprofessionals to level that out,” Mosley said.

As a middle school renovation project is in the works, there is the challenge of having elementary schools that also need attention.

“There’s still a lot of work to do in the district for our kids and for our faculty,” Mosley said.

Prior to arriving in Nashua, Mosley served as an assistant superintendent in Sharon, Massachusetts.

He saw a passion for teaching when he was a 19-year-old summer camp counselor teaching kids how to ride bikes.

“I got into teaching because that was what I liked to do,” Mosley said. “Being a teacher is who I am.”

Even now, he defines himself as a teacher, just at a different level.

He added, “This district is on the precipice of not only doing great things, but becoming the model for the nation.” 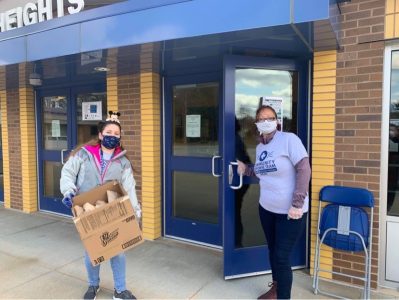