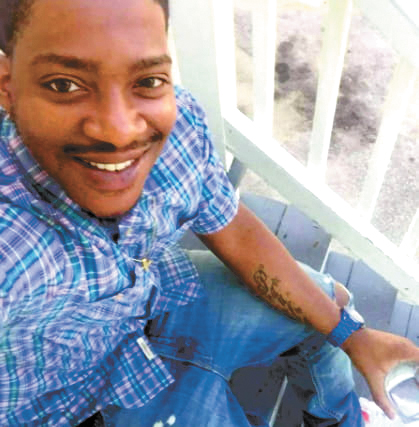 NASHUA – “The gut-wrenching fact about this is, we have no clue. We don’t know where he is at; we don’t know the condition he is in.”

Speaking to The Telegraph on Thursday, Edward McClain said he is doing his best to maintain hope that his son – Michael McClain – will be found alive and safe.

Michael McClain, 29, of Manchester disappeared in the early-morning hours of April 21 when he vanished in the aftermath of an alleged altercation at a Nashua bar.

It has been reported that he and two friends went to the Tropical Lounge, located at 14 W. Hollis St., at some point during the evening of April 20. Reports have circulated saying McClain was not involved in the altercation.

When the situation settled, Michael was nowhere to be seen.

While police remain tight-lipped amid the ongoing investigation, the simple question remains: Where is Michael McClain?

“I just want him back so the nightmares can stop,” his mother, Paula Judkins, said. “I haven’t been sleeping since this happened.”

The elder McClain echoed Judkins’ thoughts. He said while he is supposed to be working, his mind is not at work. For him, day-to-day functions are becoming more of a chore with each passing day his son remains missing. The same thing is true for Judkins, who said she went back to work, but had to leave a couple weeks ago. She said she just broke down crying and her manager ended up sending her home from work.

While she and the elder McClain continue to do their best to stay strong, they want to remind people of who their son is. Judkins said Michael is a responsible young man, graduating from Hesser College (now Mount Washington College) with a bachelor’s degree in criminal justice. More recently, he worked with autistic children at Easterseals New Hampshire. Judkins said the children enjoy Michael, and ask about him every day.

She said he was a great role model to the children. McClain said his son also enjoys sports such as basketball.

Michael was born and raised in Stamford, Connecticut and has ties to the area. However, he has been living in Manchester for seven years or so. He is 5 feet 10 inches tall, with brown eyes, but wears green contacts. He also has tattoos on his hands and arms and is known to wear braids in his hair.

Furthermore, the family has been in contact with the Nashua Police Department regarding the ongoing investigation into their son’s disappearance. McClain said as parents, they are always going to want more information, but what has been relayed to them is that it remains an ongoing investigation.

Nashua Police Department Lt. Daniel Mederos on Thursday said officials have no available update on the matter. He said they have investigated the thoroughly, as they would with any case. He said police have been in contact with the family with open communication.

“We’re still investigating,” Mederos said. “We have updated the family in private. It’s still an open and active investigation.”

However, when McClain’s parents were asked if they believe police are doing enough, they said no. In any event, while emotions run high, they, along with other family members and friends, hope Michael is found soon.

McClain asks that anyone with information call the Nashua Police Department and provide a clue, even if done so anonymously. If anyone does have information, they can contact police at 603-594-3500.

“All we care about is Michael coming home safely,” Judkins said. “We just want our son to come home.”