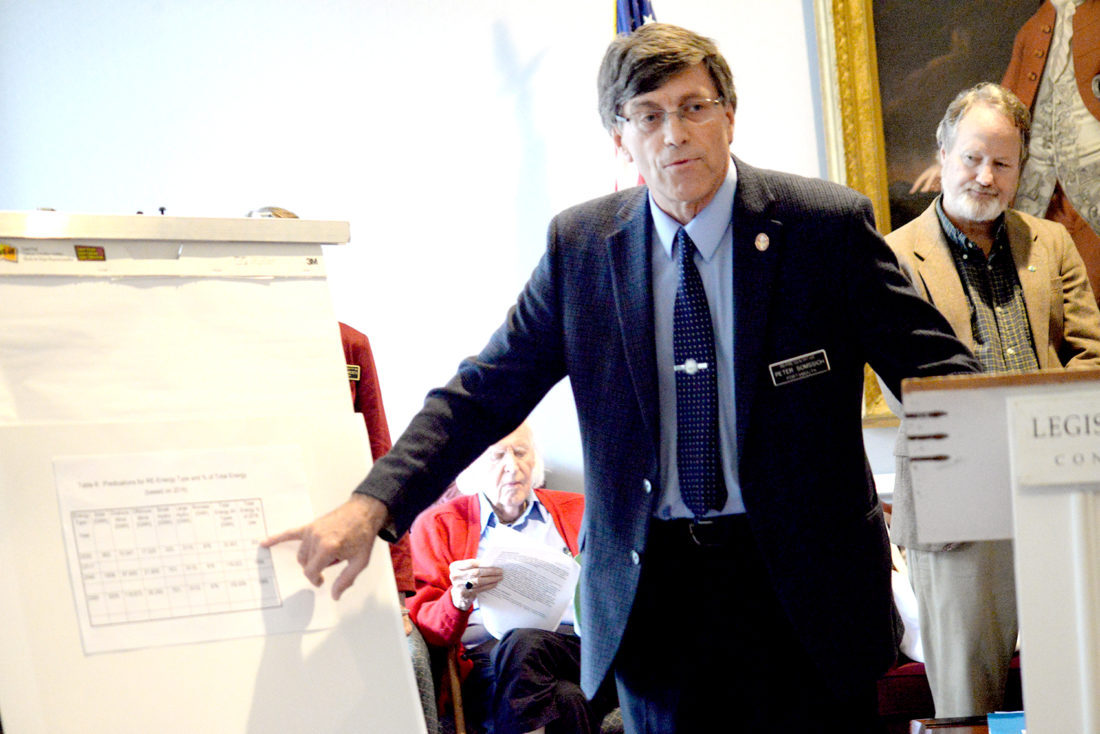 Organizers believe they can cut fossil fuel usage in the Granite State to zero by 2040 … if they can get enough wind turbines, solar panels and hydroelectric generators online by then.

“With regard to solar in New Hampshire, I’m sorry to say, our state is far behind where we can be, and it is missing a vital opportunity,” Revision Energy Market Development Director Dan Weeks said. 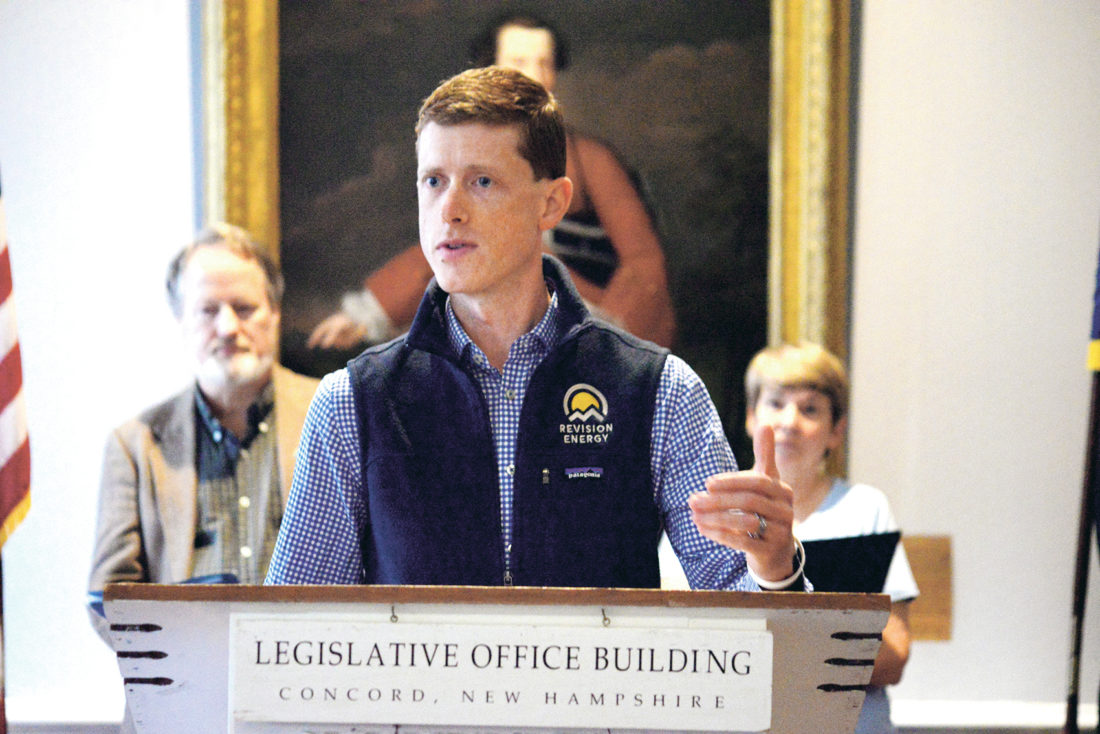 “Electricity touches every aspect of the economy, and New Hampshire’s costs are among the highest in the region. Our 10-Year State Energy Strategy provides direction and leadership to our state’s policymakers that is squarely aimed at helping our ratepayers,” Sununu said at the time.

“This plan sets the stage for New Hampshire to finally get out of the business of picking winners and losers in the energy market,” Sununu added.

Those assembled Thursday in Concord took exception to Sununu’s plan.

“This plan takes our state back to the past instead of leading us into a new and better future,” New Hampshire state Rep. Peter Somssich, D-Rockingham, said of Sununu’s strategy.

Therefore, the environmental advocated and organizers crafted their own report.

“This document shows us a path forward with good news,” New Hampshire state Rep. Lee Oxenham, D-Plainfield, said of the new plan. “We know the causes and we have the solutions, both in terms of policies and technologies.”

Oxenham said through the last few decades, the planet has experienced increasing heat levels. This can lead to glacier melting, coral reefs dying, fish stocks collapsing, and an increase in magnitude and frequency of storms and wildfires.

She and those joining her believe New Hampshire can make this transition toward more sustainable, renewable energy practices, and in turn, grow the state’s economy. Moreover, the report she and contributors highlighted is a pragmatic approach focusing on what is realistically achievable by the years 2030, 2040 and 2050.

“I am convinced, with many others, that New Hampshire can achieve 100 percent renewable energy generation for electricity by 2040 and replace other sources of energy going forward from there,” Somssich said.

Furthermore, Seacoast Anti-Pollution League Executive Director Doug Bogen said despite the state’s tiny coastline, a 2017 U.S. Department of Energy study determined there are about 2,000 megawatts of wind power with economic potential, which is more than the Seabrook Nuclear Power Plant generates.

“That’s immediately off the New Hampshire Seacoast and that could be created over the next decade,” Bogen said.

In addition to that, he said there is also about 85,000 megawatts available in the neighboring Gulf of Maine, adding that wind power is becoming a multi-billion-dollar industry.

“All other states in New England, in fact, the whole East Coast, pretty much have already been developing offshore wind and New Hampshire needs to get on the ball,” Bogen said.

Currently, there are no offshore wind farms along the New Hampshire coast.

“We need leadership, as others have stressed here today, and we haven’t seen that yet,” Bogen added.