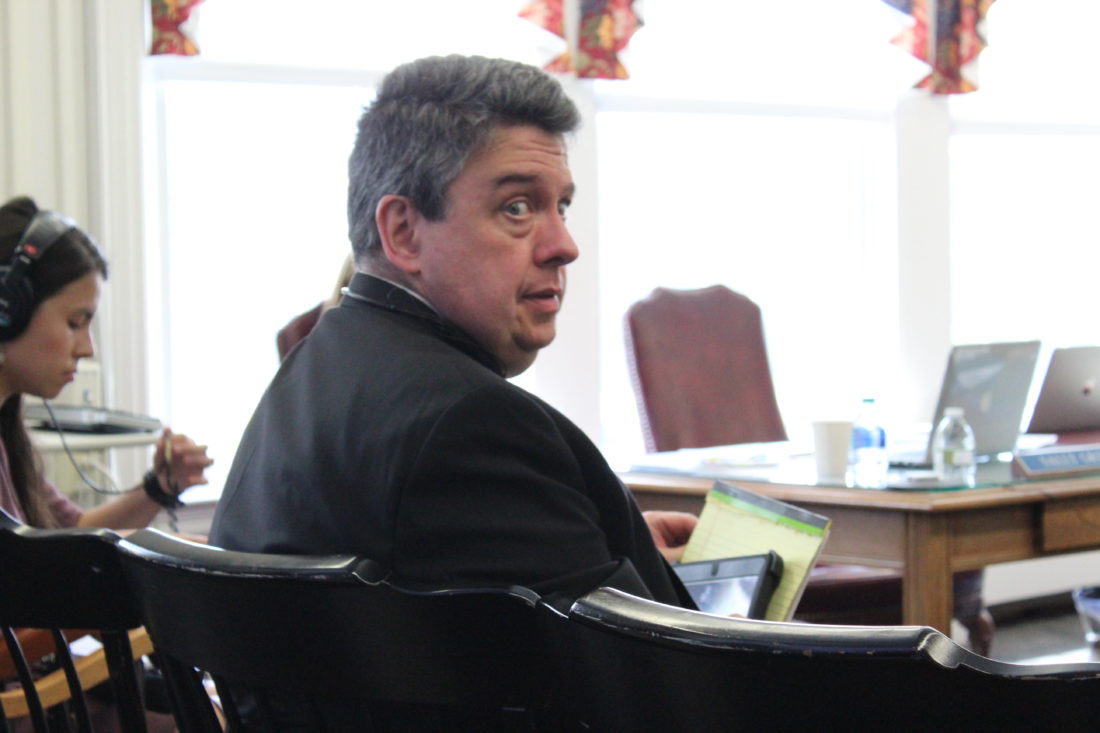 CONCORD – The State Board of Education sided with the Merrimack School District Wednesday at a hearing during which Robert Bevill, a parent and lawyer, asked that the district overturn the school’s protocol to no longer grade homework and alleged that his daughter’s due process rights were violated.

The protocol, which was implemented on the first day of the 2017-18 school year, mandated that teachers would no longer grade homework. It would still be assigned, reviewed and returned, but ultimately left up to the students to complete, and not for a grade.

School Board Chair Shannon Barnes said at the beginning of the year, district officials would evaluate the protocol- not yet a policy- after midterms and then again at the end of the year as a sort of trial run for the new pilot program.

However, at each juncture it was determined that there were still “significant misunderstandings” over the intent and implementation of the protocol, according to Assistant Superintendent Mark McLaughlin. He placed the blame on himself for not better explaining to parents and teachers what their goals were with the change. The board decided to give the protocol another year to work out some of the perceived issues.

Bevill, who has three children at Merrimack High School, was one of many parents upset with the protocol, calling is an “epic failure.”

“Enough is enough,” he said, concerned that his children’s grades were suffering and that this could affect their chances in college. “It has been a nightmare,” he said, “and there has been no accountability.”

In appealing the protocol to the state board, Bevill argued that Merrimack officials did not follow proper procedure for a policy change. He believes there should have been a hearing, a list of reasons for the change, and a vote.

However, the homework protocol, the district argues, is not a policy, so it does not require a vote or hearing.

“I don’t care what you call it,” Bevill said, “…It still represents a change in the way that the school district (administers) homework district-wide, and its weighted value in relation to the grading system.”

Bevill also said that his daughter’s rights to due process were violated in the long, complicated and “arduous” process to get to the hearing.

However, there was also some confusion regarding how the case was to be argued.

Dean B. Eggert, Merrimack’s attorney, said that according to the state board’s set minimum standards, a school must have a homework policy, but does not dictate what it should contain. Everyone was notified as to how the protocol would work, Eggert argued, clarifying that they had a homework policy, but that this was a protocol.

As to the issue of due process, he said, “sometimes you feel something is broken if you’re misusing the tool.”

The district he said, gave every example of due process and that Bevill was not “bereft of options” and could have taken alternative routes if he felt the situation were uniquely and adversely impacting his daughter’s rights.

After each side presented for up to 10 minutes, the decision was made fairly quickly.

State board Chairman Andrew Cline said that by the state’s minimum instructions standards as stated in Ed 306.14, a school must have a policy on homework, including its relationship to the grading system. In a plain reading of the language, he said, it cannot be argued that the homework must be graded.

The board did agree, however, that in the future they should look at the red tape and procedural guidelines to make is easier for parents and students to address their concerns.

This being said, the board unanimously sided with Merrimack, but did not directly address either the merits or the process, as both sides presented.

After, Bevill said it was a complex issue with overarching problems, lamenting the perceived confusion as to what they were each supposed to argue.

He alleged that McLaughlin “changed the rules and dictated it back to everyone else, without a vote of the school board.”

Barnes, though, said that while Bevill has been “speaking (the board’s) voice,” he was not doing so accurately.

McLaughlin said that educators have a difficult job and he was glad that the state board “recognizes the complexity of the work we do.”

Neither side is finished with this homework protocol.

Merrimack officials will go back and look at how communication can be improved, Superintendent Marge Chiafery. There needs to be further communication with the parents and teachers in the process, she added.

McLaughlin agreed, suggesting, for example, that they differentiate between homework for practice and work that needs to be done from home, such as a research paper or a project.

As for Bevill, he said he will appeal the decision for rehearing and then onto the New Hampshire Supreme Court to resolve whether or not homework can be qualified as a property interest in regards to due process.

In a recommendation that state board deny Bevill’s appeal, Peter Foley, hearing officer, said Bevill was a “dedicated and passionate advocate,” but “he has not brought forth a viable legal claim to support his position.”