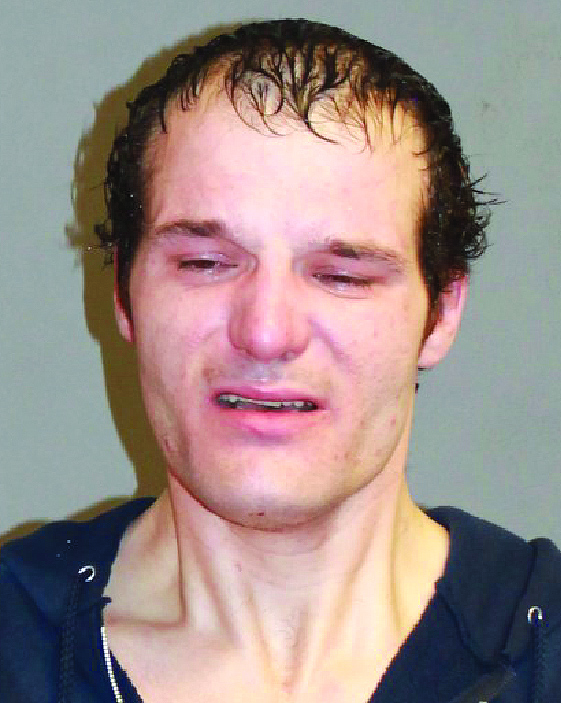 City police say Jeremy Tappan, 28, was wanted on a warrant for one count of criminal trespassing. When police located him in the neighborhood near the school, they moved to make an arrest, but Tappan reportedly took off, heading into the wooded area near Dora Street.

Police went after Tappan, and soon captured him and placed him in custody. Tappan and one of the pursuing officers sustained cuts while running through the shrubbery, according to police.

Bishop Guertin officials, through an abundance of caution, put the school into a secure lockdown while police apprehended Tappan. School officials declined to speak about the matter when reached Wednesday.

Tappan was arrested last year and faced jail time after he allegedly stole a can of Red Bull energy drink from a Nashua supermarket. His criminal history of theft charges made the stolen can a felony offense for the December incident.

In July 2015, Tappan was arrested in Hollis after, police say, he was spotted entering a barn on Hayden Road where he tried to mount and ride away on a horse. Police reports from last year say video surveillance shows Tappan, who was known to officers at the time, taking a drink from a refrigerator in the barn and dumping it onto a pile of horse supplements nearby.